One of the incumbents whose seat is up during the City of Bridgeport’s Municipal Election in June has filed for re-election.
John Wilson, who will be seeking a fourth term, has filed the paperwork to run during the election. Wilson’s seat, along with two other Council seats and the position for Bridgeport Mayor, will be on the ballot.
Wilson will be seeking his fourth term to the city’s governing body. He said the decision to run again was an easy one. 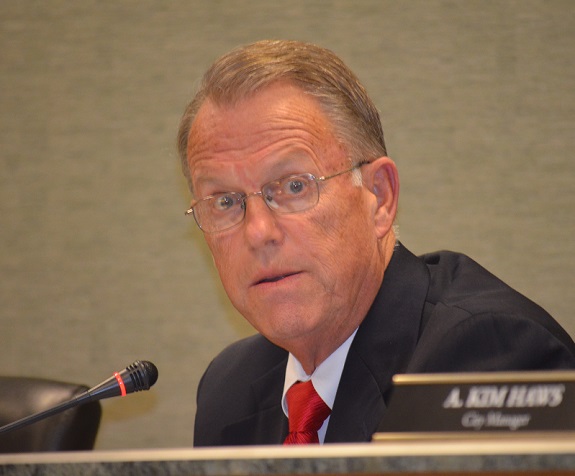 “I thin the main desire has always been to give back and play a part in giving back to a community that has been good to me, is still good to me and will continue to be good to me and my entire family,” said Wilson. “This is a community that is special, and it has been a privilege to be a part of its growth.”
Wilson, who emphasizes often at Council meetings that “we’re all in this together,” is one of the senior members of the group. He also serves as Council’s representative on the Emergency Services Council.
“I enjoy the interaction with the Council members and have been blessed to serve with them and to also learn from them and from previous Council members,” he said. “It is important to be here to assist in the continued growth many before me have played a critical part in developing.
“That’s happened through teamwork,” he continued. “Do we disagree? Yes. Do we talk about it civilly when we do? Yes. Do we then come together? Yes. We do that in front of everyone with transparency and it benefits everyone. It is not just this Council, but it’s the residents and a city staff and administration that is second to none. It is our church base that adds value and our community groups. There are those things and so many others to point to as the reason this city succeeds.”
The 74-year-old Wilson is retired from the Insurance Industry, finishing up with United Security Agency here in Bridgeport. He has lived his entire life in Harrison County and the past 51 years in Bridgeport.
Wilson and his wife Karol have two sons and two daughters-in-law. Shawn and Nicole Wilson and Kirk and Denise Wilson. They also have five grandchildren.
Four seats are up in the election set for June 8, including that of Mayor and three seats on City Council. The positions are currently held by Wilson and Council members Dustin Vincent and Robert “Bob” Greer. The seat of Mayor Andy Lang, who has filed for re-election, is also up.
According to City Manager Randy Wetmore, the cost to file to run is $25 and is due at the time of filing. Filing, along with paying to file, can be done no later than 4 p.m. on April 8, which is the end of the filing period.
Absentee voting applications may be requested through June 2 of 2021. All candidate packages, absentee applications, and any other information required or questions concerning the election are to be directed to City Clerk Donna Krivosky.
Krivosky can be reached at 304-842-8235. She can also be reached via email at donna@bridgeportwv.com.