The Harrison County Board of Education honored their teacher of the year Tuesday evening. And the winner was from right here in Bridgeport. 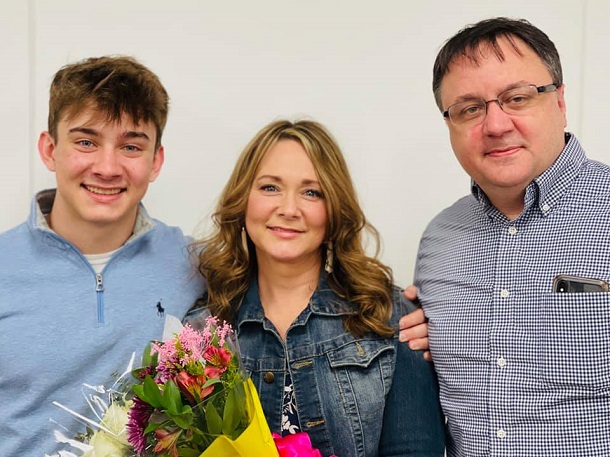 Kristi Jones, a first-grade teacher at Johnson Elementary School, was announced as the winner among the finalists at the board meeting. There were seven finalists and 100 nominations that were received from administrators, fellow teachers, parents, community members, and others.
“I am so grateful. I don’t take this honor lightly - mainly because there are so many amazing educators who pour their lives into this profession and every one of them is just as deserving if not more,” said Jones on a Facebook post. “It’s a privilege to teach children and I am thankful I get to be a part of so many children’s lives.”
Jones has been 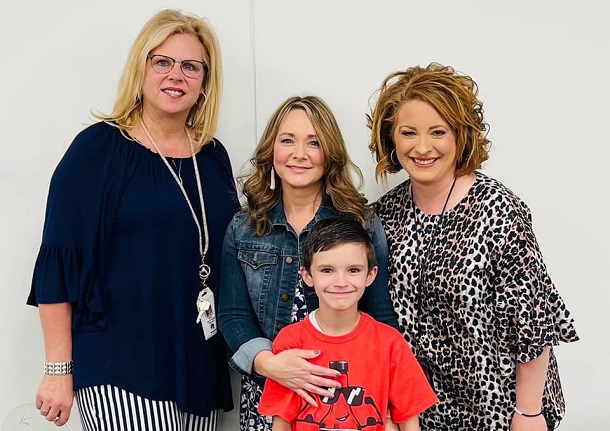 teaching for 15 years. She started her career as a special education teacher at Lincoln High School in 2007. After that, Jones taught first grade from 2011 to 2017 at Nutter Fort Primary, and from that point through today she has taught first grade at JES.
Jones earned her BA in elementary education grades K-6 in 2002 from Fairmont State. In 2006, she earned her master’s in special education in grades K-12 with autism certification.
Several of the other finalists had direct or indirect ties to Bridgeport. The others recognized by the BOE were Anna Conch, Desiree Daugherty, Jennifer Hess, Angela Lanham, Maria Morrison, and Maria Osbourne.
Editor's Note: Top photo shows Kristor Jones with son Cameron and husband Travis, while she is shown with the JES administration - Vickie Huffman, left, and Heather Holbert, right. Former student of Jones and current fourth grade JES student Jack Holbert is shown below. Photos from Kristi Nestor Jones' Facebook page.