Just a Few Days on the Job, Lauren Rogers Already Fitting In as New City Clerk for Bridgeport

When Lauren Rogers saw there was a job opening for the position of City Clerk in Bridgeport, she wasn’t sure if she would land the job but thought it was an opportunity she needed to see through.
“I assumed there were a lot of candidates and when I applied for the position I honestly thought I might not even get a call back,” Rogers said. “But, I’m going to put my name out there and see how it goes.” 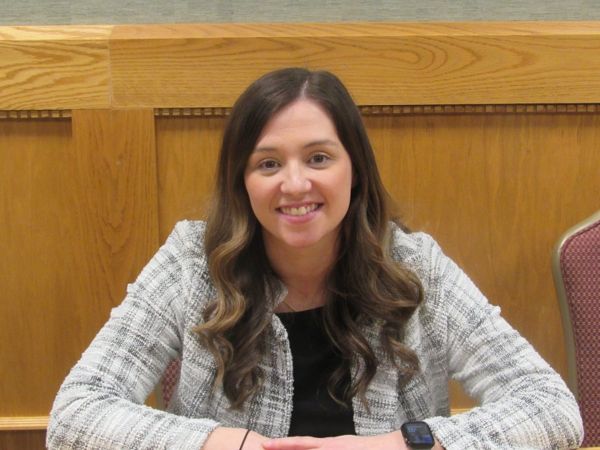 Turns out, she got much more than a call back.
On Friday, Jan. 20, Rogers had her first day on the job as City Clerk. She took part in her first City Council meeting on her second day, Monday, Jan. 23. Two days in and she is off and running with a new career.
For the City, it fills a crucial role that was vacated when Donna Krivosky retired from the position in early November. Bridgeport Community Development Director Andrea Kerr had been filling in as City Clerk until Rogers started.
“I have two bachelor degrees, one in business administration and one in health care administration,” Rogers said. “I don’t have any background in public administration or anything like that but when I read the (City Clerk) job description, I thought it sounded really intriguing and something that I wanted to get into.
“I have a background in finance. I used to work at a bank and with the customer service, I think that be key things in this role.”
Although a relatively new resident of Bridgeport, Rogers is a familiar face for many in North Central West Virginia, especially to those who follow high school athletics.
Rogers, born and raised in Barbour County, was a standout three-sport athlete at Philip Barbour in volleyball, basketball and softball. She was a multiple-time all-state selection in both volleyball and basketball before graduating in 2012 and going on to play four years of volleyball at Alderson Broaddus University, where she also earned the two bachelor degrees. 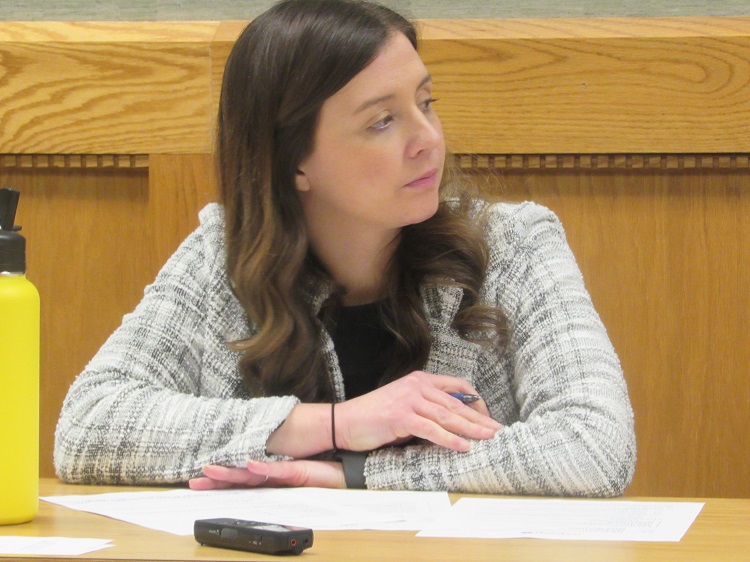 Throughout her prep and collegiate careers, Rogers earned the reputation as someone who would find the way to succeed no matter what obstacle was in her path and she would find a way to do it in a personable manner.
“I think that’s one of the many things that stood out about her, she is just so personable,” City Manager Brian Newton said. “The three of us involved in hiring her, we unanimously quickly realized that she was the right person for this job. I think she is going to be great and we are excited to have her with us.”
After graduating from AB, Rogers relocated to Ohio for work, first in Springfield then about a year later she was in Cincinnati where she remained until moving back to West Virginia last year.
“I had moved back in February and I was still working for the company I worked for out of Cincinnati, LasikPlus,” Rogers said. “I was working remotely. I moved back home with my parents (in Philippi) originally then I moved to Bridgeport with my fiancé (Robert C. Byrd graduate Drew McMunn) and our two kids in August. I’ve been in Bridgeport since August.
“Finally, I said to myself, I’ve got to get something where I’m not working remotely and get my feet wet here.”
And just a few days into her new job, Rogers is already fitting in and looking ahead.
“Everybody has been super helpful and welcoming,” she said. “Especially Andrea, who has been very helpful in getting me set up. I’m excited to be here and it’s an election year, so that should be fun.”
Editor’s Note: Photos of Rogers during her first City Council meeting.