West Virginia is ready to deliver a vaccine to those in the state once one becomes available, Gov. Jim Justice said during today’s COVID-19 press conference.
The announcement comes on the heels of major drug companies announcing that they will be looking for emergency approval from the Food and Drug Administration, some – such as pharmaceutical giant Pfizer – looking to be granted approval for their vaccine today.
“As soon as this vaccine is available, we will absolutely be distributing it in West Virginia and we will distribute it under the guidelines of the CDC and the Food and Drug Administration,” said Justice. “The most vulnerable will be vaccinated first.”
Justice said the state has been working on a plan to distribute a vaccine since August. He said groups, such as the National Guard, will 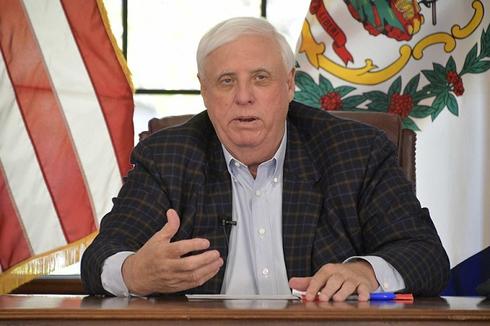 be heavily involved in the distribution whenever it takes place.
The governor said there is no data available regarding how long the vaccine will be affective. Priority in the state will be with healthcare workers, first responders, and the vulnerable once it becomes available. To get to “herd immunity,” Dr. Clay Marsh said the vaccine would be needed to penetrate more than 70 percent of the population.
At the start of the press conference, Justice said the virus is raging across the country. He said West Virginia is not an exception and talking about the changing of weather and the holiday season and offered advice.
“This thing is getting worse and I truly believe it’s going to get worse before it gets better. A real cold snap may help in some ways, but it may drive us indoors and it may absolutely not help us in a lot of ways,” said Justice. “Thanksgiving is right around the corner. I hope and pray you’ll be safe with your loved ones and your families. You may be smart to be some of it on a virtual basis.”
Justice also talked about holiday travel. He said it is going to be difficult and concerning. Justice said the best way to protect yourself is to stay home during the holidays, as he read information from the Centers for Disease Control (CDC).
The caution came as Justice reiterated all options remained on the table to address the spread of COVID-19 in the state. However, he added that there are no plans on statewide shutdowns.
“We’re not moving toward shutting anything down at this time, but it is trending, and it is trending the wrong way,” said Justice, who emphasized for people to continue to wear a mask.
As for the masks, the issue of wearing a mask and only covering your mouth was discussed. The state’s top COVID-19 official said doing that is useless.
“If you leave your nose uncovered it doesn’t really work,” said Marsh, the state’s COVID-19 Czar, who added that “if masks go off, risk goes up.”
Justice was asked by the media about putting additional resources into certain counties, such as Berkeley County that turned red on the color-coded metric map, for more testing. The question was asked on behalf of an individual, the reporter said, who was involved in athletics.
Martinsburg, Bridgeport’s opponent in the football playoffs originally set for tonight and now postponed until possibly Saturday, is in Berkeley County.
“We want to finish up fall sports and we’re hanging on by a thread and not just canning the whole thing right now,” said Justice. “… Sports have got to take a backseat right now. They have to. First and foremost, we want our kids in school.”
Justice talked about Martinsburg’s “great football teams.” He said that the situation is tough and “really bad” and that he does not make decisions on where to test.