Governor Jim Justice announced today the State of West Virginia has submitted its vaccine plan to the Centers for Disease Control for their review and approval. The announcement of the plan came on the same day the state produced a record number of COVID-19 cases in a 24-hour period.
Justice said the voluminous document that he leaved through during the afternoon COVID press briefing was done with the help of multiple groups. He singled out the state’s Department of Health and Human Resources (DHHR), the National Guard, the state’s medical experts, the West Virginia Office of Minority Affairs, and others.
“This is not just nothing. This is an absolutely amazing report. They have worked on this plan for months,” said Justice. “… Once a vaccine is ready, our medical experts will be reviewing the data on its safety.”
Dr. Anye Amjad, the state’s health officer, said the group that prepared the plan is a COVID working committee. She said the plan is being presented to the CDC today.
DHHR Secretary Bill Crouch added the WVU, Hospital Association, Board of Pharmacy, local health departments and others were also involved in creating the vaccine plan. He called it a “broad group of individuals” came up with the vaccine plan.
The plan is set up to show how the state will provide a vaccine to residents if one becomes available. Although numerous vaccines are in the testing phase, no vaccine is available. There has also been no timeline for the potential arrival of a vaccine. 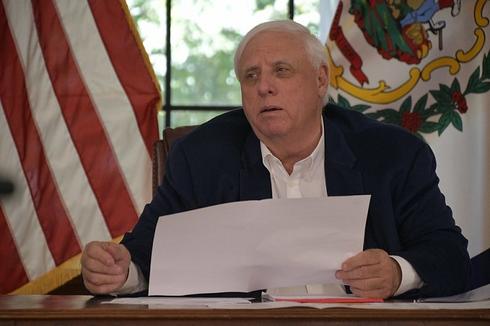 First responders and frontline workers, along with those that are the most vulnerable such as the elderly, would be the first to be vaccinated, said Amjad. She added that spring would likely be the earliest individuals not falling into those categories could “walk into a Walgreen’s” and get a vaccine.
Justice said he thinks there is a good chance for a vaccine by February, and perhaps before the end of the year for front-line workers. He did not specify his reasons for believing that a vaccine would be available then.
Justice hit on the vaccine plan, without going into much detail during the start of the conference, shortly after talking about the state having reported the most cases in a 24-hour period since the start of the pandemic in March. The state reported 498 positive cases in the latest report this morning by the DHHR.
The governor said that was partially the result of a huge amount of testing. He also said the positive results were “not the worst thing.”
“Over the last 24 hours an incredible amount of tests have come in … I think it was in excess of 10,000,” said Justice. “ …  It’s not the worst thing for us to come up with additional positives. In fact, in every way I can look at it, it’s the best thing. Everyone one of these positive we discover that’s asymptomatic … we may be able to stop this thing.”
Crouch said a big reason for the increase in testing results stems from more facilities reporting results electronically. He said from Oct. 9 to Oct. 16 the entities reporting electronically went from 97 to 170.
Dr. Clay Marsh, the state’s COVID-19 Czar, said the number was more than 11,000 tests. Marsh went on to say there has not yet been a clear case of spread in the classroom setting yet and added most appears to be between staff as opposed to being between students and sports teams.
Marsh said the infection rate is extremely low in schools. He said it was at .02 percent for students and .03 percent for teachers. He said the way to keep everyone safe is to “test extensively.”
Justice went over numbers related to COVID-19. He said the state’s rate of re-transmission, the Rt, has climbed to .99, which was the ninth best number in the country.
“It’s almost back to one again so we’ve really got to watch that,” said Justice.
On the education front, Justice said there were 21 active outbreaks in public schools with 57 confirmed cases. He said the numbers are those reported by the Department of Education.
The governor added there were 43 cases in the state’s long-term care facilities. In churches, he said there were 12 active outbreaks in 11 counties, including Harrison, Doddridge, and Upshur Counties here in North Central West Virginia. The churches in question were not named.
Outbreaks in the state’s jails include eight positive cases among prisoners in five prisons. Fourteen staff members are the COVID-19 positive in the state’s prison system as well. Justice did not identify the facilities.
A large portion of the press conference was spent on discussing the more than $1 billion in CARES funding the state has received. Justice defended how the state has utilized, and continues to utilize, those funds by breaking down where the funding is being utilized.
Justice started the press conference announcing the latest deaths that are COVID-19 related. The deaths include a 94-year-old female from Kanawha County, a 65-year-old male from Cabell County, a 67-year-old female from Mercer County, a 58-year-old male from Mingo County, and a 75-year-old male from Fayette County.