By Connect-Bridgeport Staff on September 15, 2021

Steve E. Gallo Sr., 83, of Rosemont, WV, passed away on Saturday, September 11, 2021, at home with his family by his side.
He was born at Rosemont on July 9, 1938, a son of the late George and Fannie Gallo.
Steve is survived by his high school sweetheart and wife of 60 years, Roberta L. (McCauley) Gallo.
In addition to his wife, Steve is survived by two children: Anne Gallo Wallace and husband Rick of Quiet Dell, and Steve Gallo, Jr. and wife Rachel of Rosemont; grandchildren: Joseph Gallo and fiancé Haley Tucker, Matthew Gallo, Luke Gallo, Michael Wallace “very special 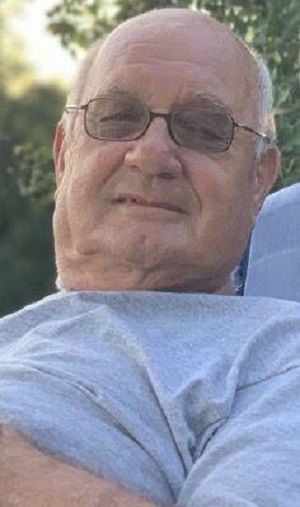 caregiver,” Alex Wallace and wife Amanda, and Craig Wallace; great-grandchildren: Renly and Jalyn Wallace. Also surviving are numerous nieces and nephews.
In addition to his parents, Steve was preceded in death by siblings: John Gallo, George Gallo, Mike Gallo, Anna Kokorelis, Nellie Crites, Mary Gallo, Andy Gallo, Frank Gallo, Charles Gallo and Paul Gallo; and one grandson, Matthew Wallace.
Steve was the Owner and Operator of Gallo’s Body Shop for 35 years and Steve’s Trophies for over 30 years.
He had too many accomplishments throughout his life to list, but special recognition was never what he wanted, although there are a few that need mentioned. He was awarded the “Golden Ax” by Flemington Volunteer Fire Department for over 60 years of service and was also instrumental in getting the Flemington Community Building that houses the fire department.
He began his volunteer Emergency Medical Services career in the late ‘70s by being a first responder while waiting for an ambulance to arrive from Taylor County and serving on the Thursday Night Crew at Harrison County E.M.S for over 20 years. In the mid ‘80s, he approached the Taylor County Commission for permission to form a Flemington Area Emergency Medical Services group. In 1985, he and a group of volunteers began the lengthy process of establishing Flemington Area Emergency Services with overwhelming support from the communities and the Taylor County Commission. The E.M.S. began operation later that year. He and a group of E.M.S. members also answered the call to the 9/11 World Trade Center site and traveled to New York to offer their assistance.
Steve was a member of All Saints Catholic Church, where he was an usher and attended faithfully until his health declined and prevented him from attending. He was an avid supporter of WVU athletics where he was an usher for many years and also an avid supporter of Alderson Broaddus University basketball program. Steve also loved his 1952 Chevrolet Convertible. He also enjoyed working on his yard and in his flowers.
Steve coached youth baseball and also gave many basketball players advice from under the rim while being a spectator.
A very special Thank You to his Grandson Michael Wallace for all his exceptional care he gave to his Grandfather during his illness. Also a very special Thank You to WVU Hospice and especially his caring nurse, Dana Stewart.
Family and friends will be received at the Bradley J. Mayle Funeral Home in Flemington, WV, on Wednesday, September 15, 2021 from 3-8 p.m.
Catholic Funeral Rites will be celebrated at the funeral home at 10 a.m. on Thursday, September 16, 2021 with Father Walt Jagela presiding.
Interment will follow at the Flemington I.O.O.F. Cemetery, where full military honors will be accorded.
Due to the increase in the spread of Covid 19, the family requests those who plan to attend consider wearing face mask or coverings.
Online condolences, www.maylefuneralhome.com
The Bradley J. Mayle Funeral Home is honored to serve the Gallo Family during this time.