Emma Mae Starkey Clevenger, 88, of Clarksburg, went to be with her lord and savior on March 22, 2020, at United Hospital Center.
She was born on January 21, 1932, in Little Rock Camp, WV, to the late Charles Starkey and Freda Stier Starkey.
Emma was preceded in death by her husband, Vernard Clevenger, whom she married June 25, 1948. 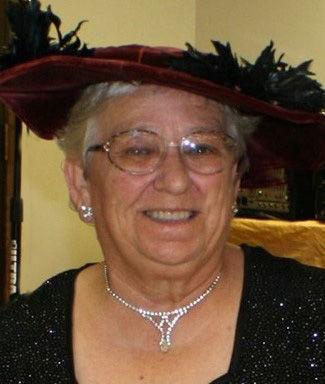 Emma resided at Wilsonburg, WV with grandson/caregiver Andrew Udell.
Emma is survived by her children: Ronald Clevenger and his wife Pam of Laurel Park, Shirley Higginbotham and her husband Jim of Clarksburg, Ina Grimes and her companion Bobby Davisson of Bridgeport, Nancy Sturm and her husband Dale of Sardis, Connie Swiger and her husband Bill of Glen Falls, and Joan Luchuck and her husband Johnny of Wilsonburg; 15 grandchildren; several great-grandchildren and great-great grandchildren; brother, Paul “Bub”Starkey; brother, Lawrence “Larry” Starkey and his wife Bobbi; sister-in-law, Flora “Mae” Clevenger; a special nephew, Roger Dale Starkey and his wife, Sherry; and several other nieces and nephews.
Along with her parents, Emma was preceded in death by her infant daughter Judy Marie Clevenger; sister, Levada June Starkey; and brother, Charles R. Starkey.
Emma retired from Harrison County Board of Education. She had taught at several elementary schools, most recently at Adamston Elementary School as a reading specialist.
She was a member of the Eastern Star, president of WVEA, former executive member of the Harrison County Republican committee, former board member of the Sun Valley PSD, former member of the Grants committee for the Harrison County United Way, and member of the Little Rock Camp Baptist Church. She was a great cook, avid quilter and loved to shop at K-Mart and the Dollar Tree.
A graveside service for everyone will be held at Lumberport Lions Club Cemetery at 1 p.m. Thursday, March 26, 2020 with Pastor Bryant Bailey officiating.
A private visitation will be held for the family.
In lieu of flowers, please consider a donation to WVU Medicine Hospice in the name of Emma Clevenger at 327 Medical Park Drive, Bridgeport, WV 26330.
A special thank you to the 5 South nursing staff and Dr. Davis.
Online memories and condolences may be shared at Harmerfuneralhome.com A service of Harmer Funeral Home, Shinnston.