Scott Anthony Gaskins was born April 14, 1971 in Dayton, Ohio to the late W. Donald Gaskins and Shirley Davis Gaskins. As the second of three sons, Scott had a close relationship to his older brother Steve and younger brother Omari.
Scott was educated in the public schools of Dayton. He played high school football and was a member of the wrestling and track teams at Meadowdale High School.  As a football standout, Scott earned multiple scholarship offers to Division 1 universities, including Ohio State 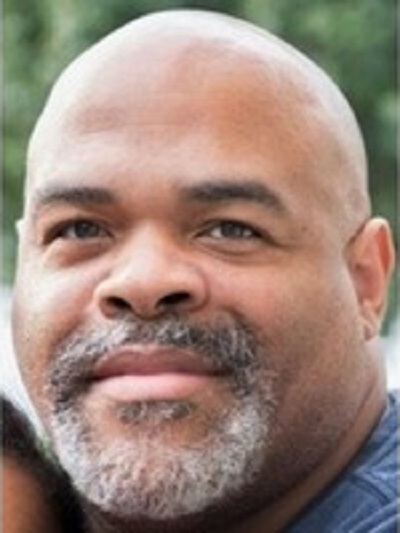 University and West Virginia University. However, because West Virginia would allow Scott to play defense and the other offers were for offensive positions, Scott headed south to become a WVU Mountaineer.
At West Virginia University, Scott excelled both academically and athletically. He completed a record undefeated football season in 1993 and graduated with a liberal arts degree in 1994. After college, Scott went on to earn a master’s degree in Safety Management at West Virginia University.
It was also during his college years when Scott met his one true love, the former Andria Pitts. After dating for 7 years, Scott and Andria married on July 22, 1999, and the two settled in Charlotte, North Carolina. In 2001, Scott was drawn to Central Church of God where he and Andria became members. While attending Central Church, Scott accepted the Lord, Jesus Christ, as his personal savior.
Following 4 years of wedded bliss, Scott and Andria welcomed their first son, Michael Lucas Gaskins, into the world. Scott was natural at being both husband and father. He cared for his family with a mixture of wisdom, humor, charm, and protectiveness. In 2005, Scott and Andria welcomed their second son, Matthew Christopher, to the family. From the very start, Scott was a devoted husband and father who doted on his bride and sons. He poured himself into each of them and kept them as his focal point and priority.
As a foursome, the Gaskins Family enjoyed countless hours of cooking, traveling and entertaining. Scott was loving and down-to-earth and was always welcoming to others who flocked around his family. One addition to the family was his niece, Amilla, who had a special place in his heart with her sass and charm.
Scott excelled in his work life, starting his career in the shipping industry at Hyundai. Scott’s most recent work was at Maersk Sealand as an IT Specialist. Of all his accomplishments and accolades, Scott’s most cherished prize was being Andria’s “Pookie” and his sons’ best friend.
From former teammates to co-workers, from friends at Church to the parents at his sons’ schools, Scott was admired, respected, and loved by them all. Scott will be missed by so many people, and he has left to cherish his memory, his wife and sons; his mother, Mrs. Shirley Gaskins; his brother Steve; his brother Omari (Shawnta); his mother-in-law, Martha Pitts; his sisters-in-law, Nicole Roberts and Robyn Pitts; and a host of other relatives and friends.
Editor's Note: Photo used with this on social media of Scott Gaskins playing for WVU against Maryland courtesy of WVU Sports Communications.