A proposal that began nearly eight years ago and was one step away from approval almost seven years ago is being brought back to the Bridgeport City Council table. The item, the only official item of business on the agenda, is to be discussed at Monday’s meeting.
The Council meeting is set for 7 p.m. at the Bridgeport Municipal Complex. There is no work session.
At hand is the first reading of an ordinance that would allow for the City of Bridgeport to hire an assistant fire chief through an appointment process as opposed to what is required by the state through the civil service process. It is the state requirement where the process began 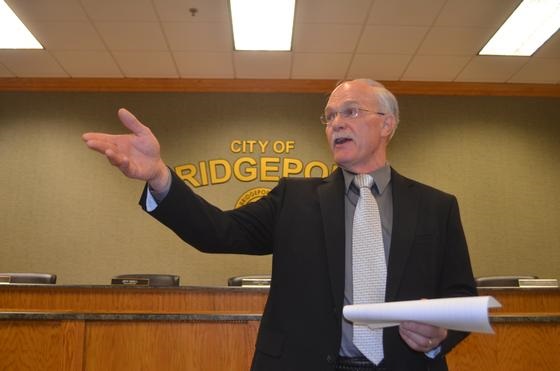 eight years ago.
In 2014, on first reading on Sept. 8 of that year and on second reading on Sept. 22, Council approved an application to the state’s Home Rule Board to allow the city to hire an assistant fire chief by appointment as opposed to the civil service process. A couple of weeks later, on Oct. 6, the West Virginia Municipal Home Rule Committee approved the change for Bridgeport.
The matter did not come up again until June 22, 2015. Council passed the first reading of the ordinance that would set the wheels in motion to hire an assistant fire chief. However, the second reading was never included on any future agendas.
Since then, there is a new Fire Chief in Phil Hart and a new City Manager in Brian Newton. And Newton found out it by accident.
“I found this on our Web page. There is a link from Home Rule application and I clicked on it looking for something unrelated, and there it was,” said Newton.
Because of that, the ordinance is back. And it will return to first reading status.
While Council will make the decision, according to the Council packet posted on the City of Bridgeport’s Web site, Newton says he and 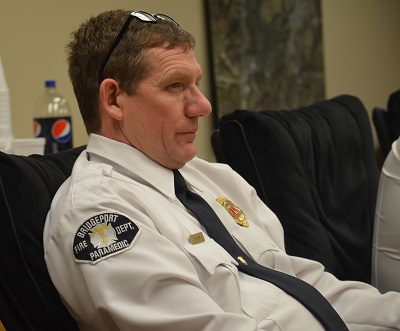 Hart support the amended ordinance. The document points to the assistant or deputy chief bouncing into the fire chief’s role, often with little or now warning, and bouncing in and out of civil service rules “makes no sense,” according to the document.
The document, which is a letter from Newton to Mayor Andy Lang and Council, also points out the chief and assistant/deputy chief are the hierarchy of the department and should be void of civil service rules. At the same time, the city should “be free to hire the most qualified candidate” as opposed to basing it solely on testing.
“The manner we’re looking at is how we have chosen the deputy police position. We just did that, and it worked well and has worked well in the past,” said Newton. “We’re looking to make it the same.”
Newton said the appointment would be done by himself along with Hart. He said the position will be similar to the administrative captain the department has and should not impact the budget. Newton also said he it was “unknown at this time” if the creation of the assistant chief post would create the need to add another staff member.
While there is no other official business, Newton and Mayor Andy Lang will have reports for Council. There is also a public forum near the start of the meeting for anyone wishing to address the city’s governing body.
The meeting is open to the public.
Editor's Note: Top photo shows City Manager Brian Newton, while Fire Chief Phil Hart is shown below.