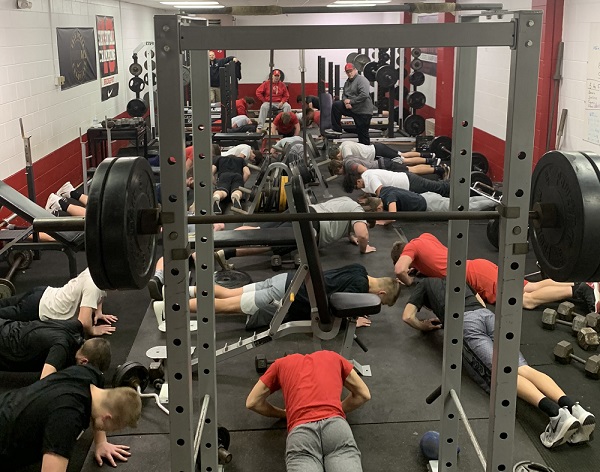 to include new equipment. And that equipment will not come cheaply.
“The equipment we’re looking to get is not cheap, especially with the price of steel and supplies and equipment right now. It’s a bit more expensive than it was a year ago, and I don’t see it going down,” said Phares. “We’re going to start fundraising the tens of thousands of dollars needed for this.”
Phares said after working with several companies, Advantage Fitness out of Pittsburgh was chosen. Although some of the weight equipment will be used, Phares said 11 new racks, 11 new platforms, new bars, additional weight, power clean stations, dumb bells, kettle bells, and more will be acquired if fundraising goes as planned. It will also have a turn strip down the middle for plyometrics.
“It will be a fully furnished weight room,” said Phares.
As already noted, it will not come cheap. To help with a business and community fundraising effort, Phares and others involved with the program already have made one big time move. They have recruited Dr. Kelly Nelson to join Phares in leading things on the fundraising 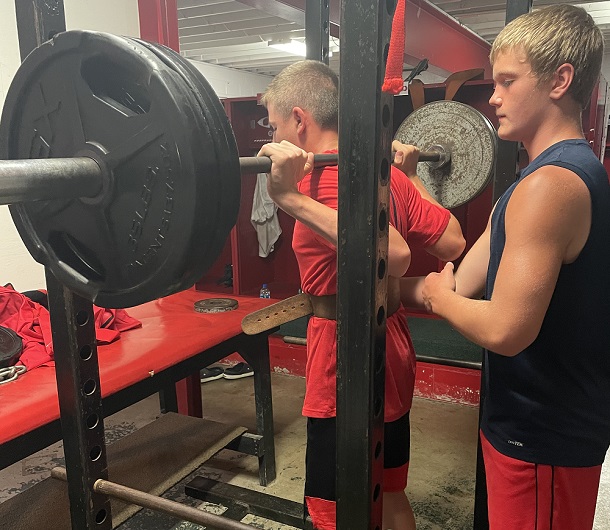 campaign front. Nelson is ready to go and get out the message.
“We know we have to do a better job of messaging because many people believe this is about football. It is, but is it all about football? No. It’s about soccer, track and field, volleyball, and all the other sports and athletes that use the facility,” said Nelson.
Phares agreed.
“We definitely want the community to know this is for all of our athletes,” the new coach said. “The current weight room sees use from a lot of sports teams besides football.”
Nelson who has raised more than $1 million through his Medbrook Children’s Charity, said he has no problem turning to those he knows for assistance. And he said the reason is simple.
“It should be important to the business community because that facility is within the community, it is part of a great school with a great administration sitting down at Jamison Field, which is pretty much top-of-the-line,” said Nelson. “Then you have the press box, which is getting addressed, and the weight room. That weight room is not a good reflection of this city, this community.” 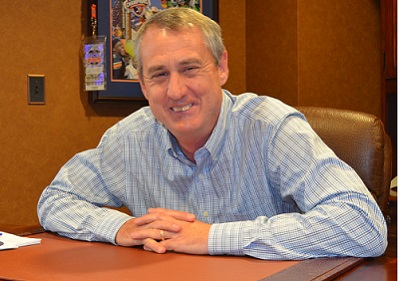 Nelson said raising the funds for the proper equipment in an expanded weight room is more than just eye candy. He said it goes well beyond want and easily into the area of need.
“It’s hugely needed. Anyone that follows sports knows muscle development and weight training and critical to the success of the teams that use it,” he said.
Nelson said he plans on addressing this, and has already started, with the same robust spirt that makes the Medbrook Children’s Charity Golf Classic a monstrous success on an annual basis.
“I’m going out and opening up my rolodex for anyone with a connection to the school and the community and getting the word out,” said Nelson, who said he is confident the dollars will be raised. “We need to take what (the late) Tom Harvey (who heled building the initial weight room) did with a great vision and build on it.
“There has been a lot of change since that was built,” he continued. “The programs are bigger and better, the city is bigger and better, and this facility needs to reflect that.”
Any donor contributing more than $1,000 will be recognized with various tiers. The tiers range from plaques in the weight room and frame personalized jerseys, all the way to a single donor covering all costs and earning everything in all the tiers along with naming rights.
Click HERE to see the tiers. Click HERE to see a letter from the BHS football coaching staff.
To donate, contact Nelson at 304-842-7270 or call Phares at 304-614-3772.
Editor's Note: Top and bottom photos show conceptual drawings of what the buildout could look like with new equipment, while student-athletes are shown in the cramped quarters in the second and third photo. Dr. Kelly Nelson is shown just above this editor's note.