One of Harrison County's oldest shopping centers is now under new management after half a century. Recently, it was announced that Rose Bud Plaza Shopping Center in Clarksburg has been sold to a New York City-based real estate firm.
Larry Policano, whose family has owned the plaza for decades and is the trustee for the plaza, made the announcement recently on social 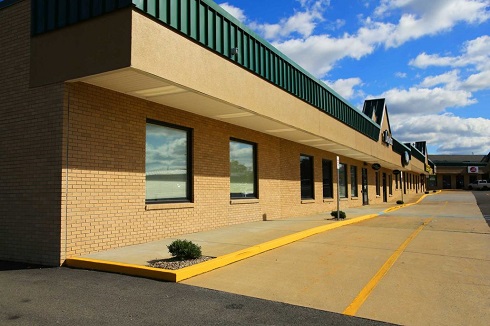 media. The sale became final last week - July 14, 2021.
The new owner is Nassimi Reality. The business is a family owned diversified investment and development corporation and, according to the release, has been actively involved in real estate since the early 1970s.
Nassimi's portfolio includes more than 9 million square feet of gross leasable space. The space includes shopping centers such as Rose Bud, office buildings, industrial assets, residential properties, and land holdings.
This is not Nassimi's only plaza in West Virginia. The company also own Wheeling's Warwood Plaza.
According to the release and the Policano family, Nassimi plans on keeping current tenants and hope to find tenants for two vacant spots in the plaza. Along with meeting with tenants, the company plans on meeting with local Clarskburg and Harrison County officials.
Rose Bud Plaza opened in 1971. It was developed by Dominick and Mary Frances "Fluffy" Policano as one of the first strip shopping centers in West Virginia.