Frances Oliverio Phares, of Clarksburg, died on July 24, 2020, at the age of 74 after a long battle with Progressive Supranuclear Palsy (PSP), which is a very rare variant of Parkinson’s disease, for which there is no cure.
She was born on October 4, 1945, the daughter of the late Frank A. and Antoinette Lepera Oliverio.
Fran was married to Daniel D. Phares of Clarksburg, her husband of 51 years, who survives her. Together, they had three children: Beth Fitch (David), Lisa Halterman (John) and Daniel F. Phares (Amanda). 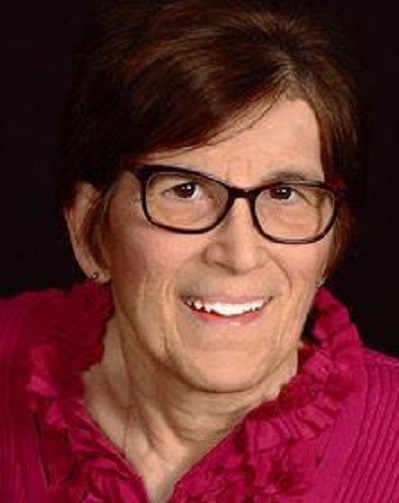 Fran had eight grandchildren, Ella, Noah and Emily Fitch, Lyza, Eli and Olivia Halterman, and Parker and Kate Phares.
She is also survived by three sisters, Angela Oliverio Shabosky of Clarksburg, Anne Caruso (Fred) of Ridgefield, Connecticut, and Mary Catherine Johnson of Livonia, Michigan; two brothers, Frank A. Oliverio (Carol) of Hilton Head, South Carolina, and John Oliverio of Bridgeport, WV.
She was preceded in death by one sister, Mary Rose Oliverio, and one brother, Salvatore A. (Sam) Oliverio.
She is also survived by several nieces and nephews.
Fran held a B.S. degree in medical technology and chemistry and an MT Registry from the American Society of Clinical Pathologists. After working as a medical technologist for one year at the former St. Mary’s Hospital in Clarksburg, WV, Fran left the profession in 1970 to become the manager of Oliverio’s Cash and Carry, Inc. This store was a family-owned business started by her parents in 1925. The store was her life, and she worked there until her health incapacitated her.
She will be remembered as the sweet, loving person who always assisted those in need.
Fran was a member of the Immaculate Conception Church of Clarksburg, having served as a Eucharistic Minister for most of her adult life.
Because of the coronavirus outbreak, there will be no public viewing.
A private Mass of Christian burial will be celebrated at the Immaculate Conception Catholic Church.
Interment will be at Holy Cross Cemetery in Clarksburg.
The entire Phares family wants to express their sincere love and appreciation to Robin Gonzalez, Connie Swiger and Janet Wentz for the professional care they extended to Frances. They were angels doing God’s work.
In lieu of flowers, Fran has requested donations be made to The Mustard Seed, 444 East Pike Street, Clarksburg, WV 26301 or Mountaineer Food Bank, 484 Enterprise Drive, Gassaway, WV 26624.
Expressions of sympathy may be extended to the family at www.amoscarvelli.com
A service of Amos Carvelli Funeral Home.