By Connect-Bridgeport Staff on September 15, 2020

According to WBOY, a man has been charged after a police pursuit through Morgantown.
On Sept. 12, deputies with the Monongalia County Sheriff’s Department were dispatched to a nursing home in Morgantown in reference to a “wanted male” on the property, according to a criminal complaint. 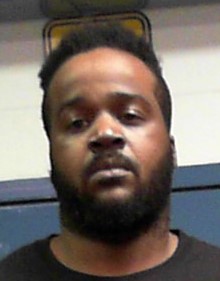 Deputies were advised that Timothy Brooks, 30, of Morgantown, had an outstanding warrant for his arrest for a malicious wounding incident and that he was parked outside of the nursing home in a black Ford Escape, deputies said.
Upon responding to the area, deputies observed Brooks pulling out of the parking lot and slowed down as he observed deputies approach, then began to rapidly accelerate down Mon Health Drive and turned onto Maple Drive, according to the complaint.
Deputies then began a pursuit of Brooks’ vehicle as he fled down Maple Drive hitting speeds between 75-80 miles per hour “while passing cars in the oncoming traffic lane and almost causing a wreck,” deputies said.
Click HERE for the rest of the story.