It is still more than a month away, but City Manager Randy Wetmore addressed the topic of Halloween and trick or treat Monday night at the Bridgeport City Council meeting. As of now, it is on.
“Halloween is going to come this year like it does every year and there’s been some things on Facebook as to what it is we’re going to do,” said Wetmore. “The way we’re looking at it now is we plan on having Halloween just like we do every year.” 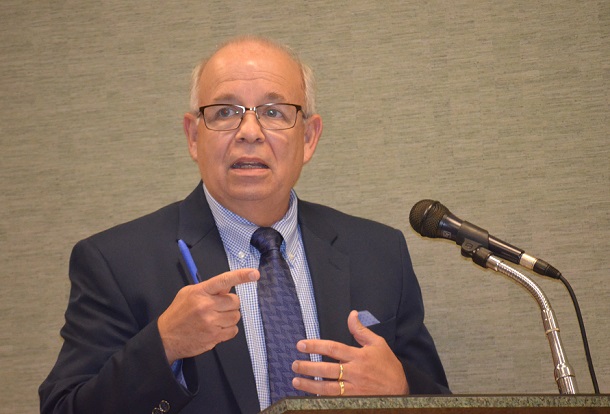 Bridgeport typically tries to hold trick or treat on Halloween. This year, Halloween – Oct. 31 – falls on a Saturday. Wetmore did not discuss that but said as of now it will be the typical time.
“I believe it will be between 6 and 8 in the evening,” he said.
While Wetmore said those are the current plans, he added that the holding of trick or treat activities is subject to change. As one might assume, it is related to COVID-19.
“If something with COVID would up and raise its head when it gets close we might say something about it,” said Wetmore.
As for those concerned about possibly having Halloween during the pandemic, Wetmore said if it takes place that would not be a problem. He said personal choices will be easy for those gathering candy and those who opt to hand it out.
“Halloween is one of those events where we can make our own decisions. Turn on the light, kids can stop. If not, turn off the lights,” said Wetmore. “It’s one of those things we as individuals can have control how we celebrate that as a holiday.”
Wetmore ended by saying he knows Halloween is still six weeks away and that it was early to say “if we’re going to do it or not,” but added that how the city is currently looking at the situation. 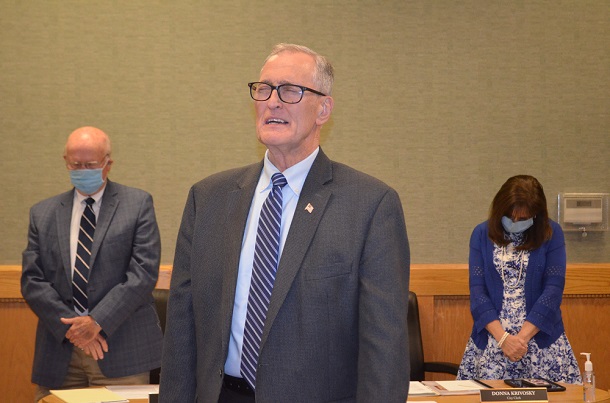 “We’re kind of playing it by ear,” said Wetmore.
The meeting started with an invocation by Pastor Mike Hopkins of Simpson Creek Baptist Church. Hopkins’ prayer included a message for Clarksburg Council member Jimmy Malfregeot who was shot Sunday during a carjacking in front of his Clarksburg home.
“We lift him up in prayer,” Hopkins said.
Nearly every member of Council took a second during a portion of the meeting to talk about Malfregeot. Most of the comments were similar as they wished him a path to recovery as he is currently at J.W. Ruby Memorial Hospital after having surgery. Council member Dr. Hank Murray wished him well and offered everyone to be cautious. 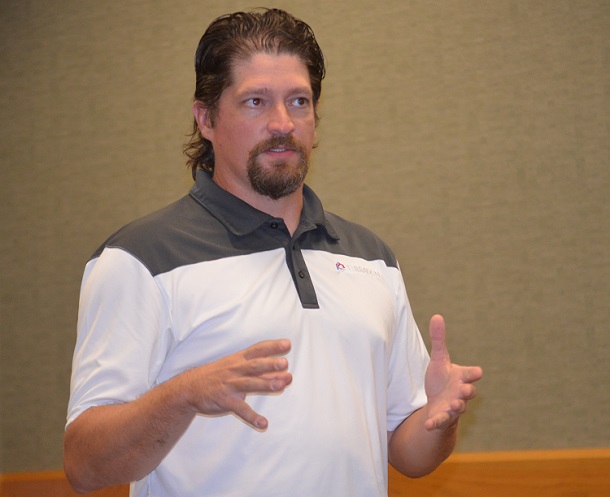 “It shows anything can happen to anyone, anytime, anywhere,” said Murray.
Also Monday, Wetmore introduced two new employees – and key ones – for the Bridgeport Indoor Sports and Recreation Complex, “The Bridge.”
Droo Callahan was announced as the new general manager. Andrew Kurtz was named as the head of business development and the events coordinator.
In a matter related to the complex, Council approved a contract for $163,665.70 for construction management services there with Terradon. Matt Glaspey with Terradon discussed the need for the funds after a breakdown of the needed dollars by Community Development Director Andrea Kerr.
The additional money is for special inspections. Kerr said it will cover those type of inspections, barring something unusual, through the end of the project.
Council also had a second reading that involved modifying the building codes with changes authorized by the West Virginia State Fire Commission. The matter is required when changes are made at the state level and was approved.
Another second reading involved changes to the city’s sign regulations. The changes were recommended during a pair of Bridgeport Planning Commission meetings. It also received Council approval.
Other items addressed by Council included:
Editor's Note: Top photo shows City Manager Randy Wetmore, while Pastor Mike Hopkins gives the invocation in the second photo. Bottom picture shows Terradon's Matt Glaspey addressing Council.