Roughly two months after the Mon Health System filed a formal application for a Certificate of Need with the West Virginia Health Care Authority to build and operate small format hospital at Charles Pointe, it was given approval.
The okay, which came last week, gives the green light for a state-of-the-art hospital with a $22.5 million price tag. It will be built at the Charles Pointe Crossing development, which is the future home to Menards. There were no objections to the filing. 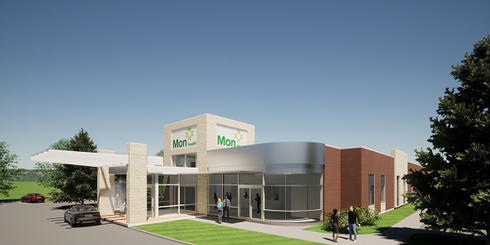 “We're very proud that Mon Health selected Charles Pointe Crossing in Bridgeport for their newest hospital,” said Jamie Corton, CEO of Genesis Partners, the developers of Charles Pointe.
"This state-of-the-art community hospital fits well within the mission of Charles Pointe,” Corton continued. “We're excited that Mon Health will provide Bridgeport, Harrison County and the general area with additional options for quality health care.”
This will not be the first Mon Health System small format in the area. In fact, it was less than a year ago – in December of 2021 – the Mon Health Marion Neighborhood Hospital opened in White Hall at Middletown Commons. The hospital was the first of its kind in the state.
“This one is going to be a little bit different because we have to build the building out of the ground,” Mon Health System President and CEO David Goldberg said recently to MetroNews. “In White Hall, we were able to acquire four walls of an old department store and build into it, so that cut cost and time, but this one is coming right out of the ground.”
Due to the “start from scratch” nature of this project, the multi-million-dollar investment will take a little while longer to open. The estimated time frame is roughly two years.
The facility is expected to be in the 20,000 square foot range. Similar to its Marion counterpart, it, will be named the Mon Health Harrison Neighborhood Hospital and will have 10 inpatient beds. There will also be eight emergency beds.
Click HERE to read the certificate of need (CON) approval.