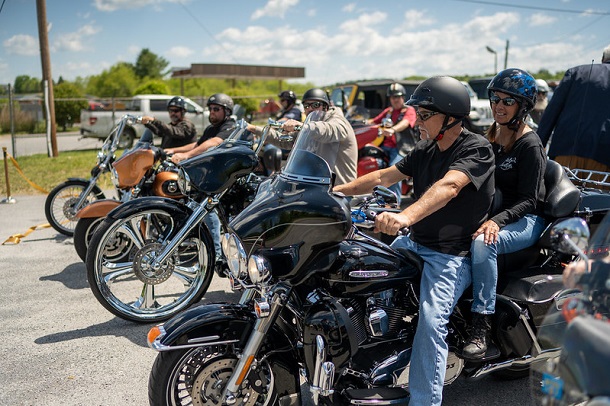 Tourism to designate and promote the state’s most scenic country roads to drive by car or motorcycle.
“This is a real celebration,” Gov. Justice said. “Six years ago, could you have imagined us in West Virginia saying we were going to market and promote our roads? We all know how beautiful our state is. But we were struggling to find a way to the convenience store because our roads were torn to pieces.”
“It’s unbelievable how far we’ve come,” Gov. Justice continued. “We needed to give our great Highways workers the equipment they needed to fix the roads. Now they’re doing it. And now we have another great tool to market 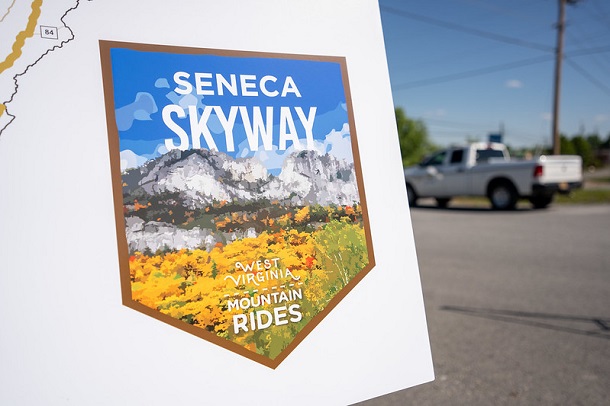 the beauty of our state and bring in tourism.”
Seneca Skyway starts in Lewisburg, spanning through the Potomac Highlands as far north as Tucker County before returning to Lewisburg, making for a smooth and easy loop for riders. The entire route traverses nearly 300 miles of winding country roads and can be completed within a little over a six-hour round trip drive.
The route is dotted with charming mountain towns to explore like Lewisburg, Thomas, Elkins and White Sulphur Springs. Travelers can also expect to take in the sights and sounds of some of West Virginia’s most treasured natural wonders like Blackwater Falls State Parks, Seneca Rocks, and Spruce Knob. The route features a perfect blend of activities and stops for nature lovers and city explorers alike.
Gov. Justice was joined for today’s ceremony by Tourism Secretary Chelsea Ruby and State Highway Engineer Alan Reed, P.E. 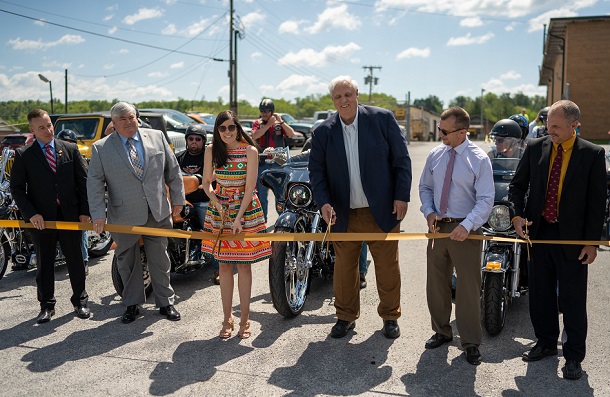 “John Denver said it best: ‘Country roads, take me home.’ Governor Justice has been the biggest cheerleader behind our Almost Heaven advertising campaign, so much so that he pushed us to take it to the next level by designating some of our most treasured country roads as scenic routes,” Secretary Ruby said. “Seneca Skyway is more than just a scenic route; it’s an entire vacation along one winding route, with stunning mountain vistas along the way.”
“This is another one of the Governor's great ideas for promoting West Virginia,” Reed said. “This program gives us a great opportunity to have people come and enjoy our state and the beauty we have to offer. It’s also a chance to showcase how much we’ve improved our roads. At the Division of Highways, we’re committed to making these roads as perfect as possible to make for a safe and smooth ride on a motorcycle or in a car.”
Seneca Skyway is the first of four official routes of the West Virginia Mountain Rides program to be announced. The remaining routes will be announced through the summer and into fall leaf peeping season.
Today’s event concluded with a ribbon-cutting, before a group of motorcyclists drove off as the first official riders on the new Seneca Skyway.
Editor's Note: Top photo shows a group of motorcycles heading out as the first official riders of the Seneca Skyway, while the sign showing the new designation is shown in the second photo. Below, state officials cut the ribbon celebrating the new program.