Texas A&M Coach Jimbo Fisher, Others Weigh in with Condolences, Stories on Passing of "Sheriff" Tiano

On Monday, John “Sheriff” Tiano, the legendary former referee who obtained celebrity status locally and beyond, was laid to rest at the age of 96. The stories and comments on his life will likely continue into perpetuity.
The death of Tiano, a Clarksburg resident who lived in the North View community just below the former junior high and current elementary school, was felt well beyond the area. And that includes the most famous alum to have come out of the school system in North View – Jimbo Fisher. 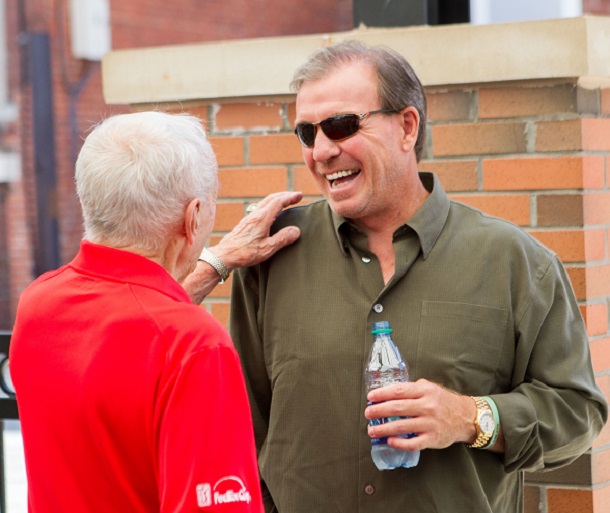 Fisher, the current Texas A&M coach who is coming off beating top-ranked Alabama, found time in his busy week to pass on kind thoughts of the man he remembers fondly from his time in Harrison County.
“Hate to hear the news about the passing of Sheriff. Man, growing up he was a fixture in our community. Everyone loved and respected him. You talk about a guy you could count on; it was Sheriff,” said Fisher of Tiano who passed Oct. 6. “He was firm and fair, but you didn’t want to cross him. You could always depend on Sheriff to do what was right. He will be missed.”
Many of the stories involving Sheriff Tiano come from the sports world during his time as an official where he spent nearly 30 years wearing the stripes. He officiated collegiately, including many West Virginia University games during the Jerry West era, in the now defunct West Virginia Conference, and at the high school level.
It was his time officiating with WVU that his legend grew. Former Mountaineer Jay Jacobs, who played on teams with Jerry West and Hot Rod Hundley, confirmed the “our ball” story that has made its rounds for years. The only difference between Jacobs’ recollection and that of the family is where it took place. The obituary from the family stated it happened in Morgantown. Jacobs believes it took place in 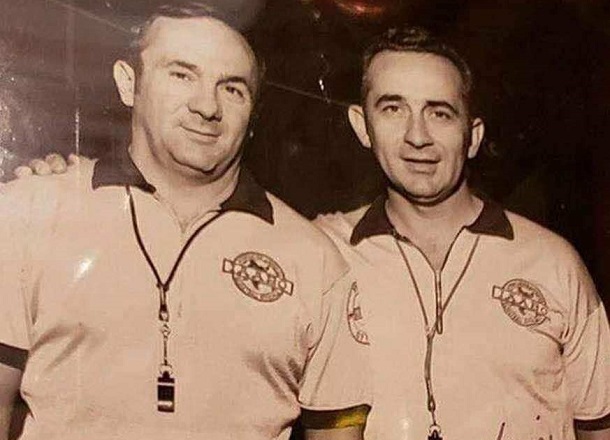 Pennsylvania but admitted it certainly could have happened more than once.
“He was officiating a game we were playing at in Pennsylvania with Charlie Eckman. I can’t remember who we were playing, but the ball went out of bounds and Sheriff mistakenly, or maybe not mistakenly, said “our ball” quite clearly,” said Jacobs with a laugh. “He pointed our way and gave the ball to West Virginia. He was as entertaining at being an official as he was good at it.”
John Antonik, the Director of Athletic Content for the West Virginia University Department of Intercollegiate Athletics, had a fantastic tweet about Tiano. He said Sheriff, who was known to give the Mountaineers a favorable whistle at the old field house said this to former West Virginia basketball Coach George King. 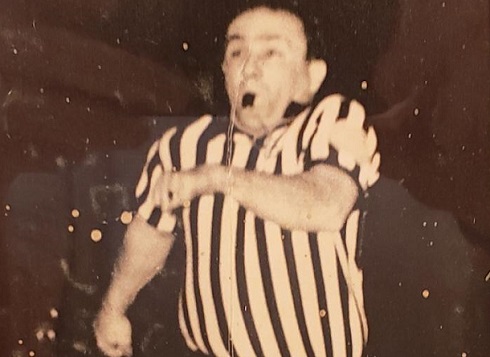 “I can only send your guys to the foul line, I can’t make ‘em for ‘em too!”
The stories, of course, do not end with sports. The guy was known not just from coast to coast, but beyond as well. Vinnie Oliverio, who famously ran and served as Grandma in the commercials for the former Grandma’s House Furniture, found out about on a trip offshore.
“We were in St. Thomas and in a jewelry store and I’m looking for a ring and I’m talking to the guy going back and forth on the price when I notice a picture behind him,” said Oliverio. “There’s this 5x7 photo of the guy I’m talking to, and he’s surrounded by Sheriff and Larry Policano.
“I was stunned and asked the guy, ‘who are you with in that photo.’ He says immediately, ‘that’s Sheriff Tiano,’ and I told him we were friends and asked if he would give me a better deal,” Oliverio laughed. “He told me no and I still paid $800. That was probably the only time knowing Sheriff didn’t pay off.” 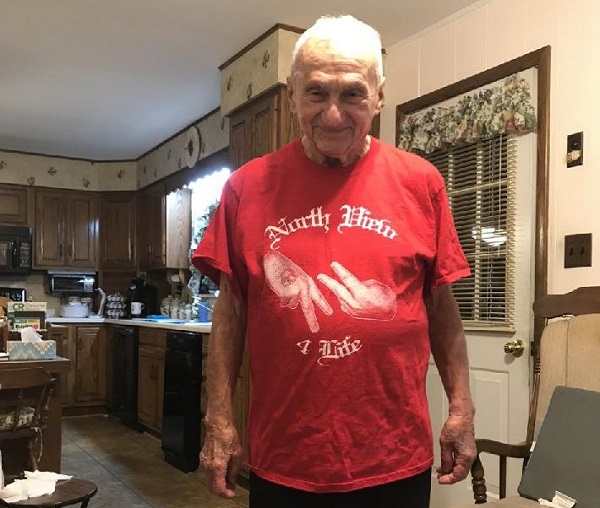 Oliverio said he knew Tiano for at least 60 years. He said Tiano was best of friends with his Uncle Neill Sappington, who coached at Lumberport and Victory and played basketball at Glenville State as well as coached in the West Virginia Conference. He said his uncle, who is in the Alderson Broaddus Hall of Fame for coaching, became good friends as Sheriff officiated many of Sappington’s games.
“I’m going to miss him,” said Oliverio.
While knowing Sheriff did not get Oliverio a discount, knowing Sheriff paid off in a big way for one local lawyer and Senator. Mike Romano recalls the time many years ago knowing him got him some five-star service.
“I was an officer in the Securities and Exchange Commission doing a case in the San Francisco area and everyone told me I had to go to the St. Francis Hotel and eat at the restaurant up top and decided to give it a try,” said Romano.
So, he went. When the elevator doors opened, despite being in a suit and tie, the maître d saw Romano right away.
“I could tell right away I wasn’t going to get a seat, but I still said I needed a table for one,” said Romano.
He asked for a reservation and Romano told him that he did not have one. At that point, Romano was told there was a two-week wait to get in.
“I decided to play the federal government card, but that didn’t work. As I was leaving, he asked me where I was from and I told him I was headquartered in Washington, D.C.,” said Romano, still using the federal government angle. “He then asked me where I grew up, lived, and I thought maybe he was going to say something about my hillbilly accent. I went ahead and told him West Virginia.”
The maître d knew West Virginia. He then asked Romano a question.
“He just said ‘I know it’s a big state, but by change do you know Sheriff Tiano?’ I told him not only did I know him, but that I knew he was from North View and knew everything about him,” said Romano. “We talked about Sheriff and then pepperoni rolls and then it happened.”
Romano said he felt like he was in a scene from the movie Good Fellas. The maître d clapped his hands, the waiters moved a table by a window with an amazing view of San Francisco and put down a tablecloth.
“He looked at me and said if you’re a friend of Sheriff Tiano, then you always will have a spot here,” said Romano. “Sheriff was so proud of that story that he insisted I tell it if he passed before me. I told it at his memorial. What an honor to have known him.”
Editor's Note: Top photo shows Sheriff Tiano talking to Jimbo Fisher in 2016 (Photo by Ben Queen Photography) during a ceremony dedicating a sign in Clarksburg to Fisher. Second photo shows Sheriff, left, with another local official and family member, the late Sam Veltri (Photo courtesy of Whitney Policano). Third photo shows Sheriff doing a little hop while officiating decades ago. Bottom photo (courtesy of Jeremy Parker) shows Sheriff proudly displaying his "North View 4 Life" shirt to honor the place he grew up and lived.