For those seeking recreational opportunities and for those seeking opportunities with a little bit of thrill, the North Central West Virginia Airport may soon have what you’re looking for.
During today’s meeting of the Benedum Airport Authority (the airport’s governing body), Director Rick Rock announced that a lease has been signed with a new business. And it’s not just any type of business. 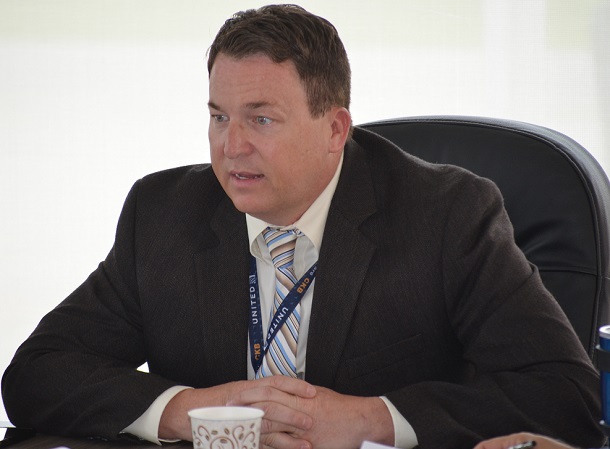 According to Rock, most likely within a month, sky diving will soon be an option on property inside the fenced area of the NCWV Airport in Bridgeport. “Skydive Mountaineer,” said Rock when asked the name of the company.
“They are located here on the airfield and renting hangars in Area Charlie,” said Rock.
What that means is that they are on the opposite side of the runway from the terminal building. Access to the business will come from the Route 50 side of the property near Heritage Farms and Crystal Ridge near Pratt Whitney.
“The gentleman that owns the company has over 12,000 jumps,” said Rock. “It’s something new and exciting and it’s something more people are getting into. To have that opportunity to do here in this part of West Virginia, I think, will be well received.
“Hopefully, it will be well received and bringing in people in from the region to take part in that and introduce them to aviation and aerospace,” he continued. “They can see what we have here.”
Rock wasn’t sure what type of aircraft those taking part would be jumping out of. However, he did say the flights would originate and the drop zone would be in the Shinnston area.
“The lease is signed, and they actually moved in today,” said Rock. “Hopefully, they’ll be up and ready by June 1. You’ll see additional information we’ll put out or they’ll put out. As I’ve spoken to people in the community they’re very excited about it.”
Rock said he believes the service will allow for inexperienced sky divers or first-time sky divers to come up and take an assisted jump. He also believes that those that opt to take lessons or experienced can take solo jumps.
“This came out of the blue … This is that entrepreneurial spirit we’ve talked about,” said Rock. “Someone’s taking their skillset and is adding to the synergy of the airport.”