Making plans to meet during the holidays can often be difficult even during years when there isn’t a global pandemic also going on.
The difficulty even applies to governing bodies as Bridgeport City Council is trying to figure out the best time to have its two required meetings in the month of December.
That very subject was on the agenda for Monday’s regular Council meeting. 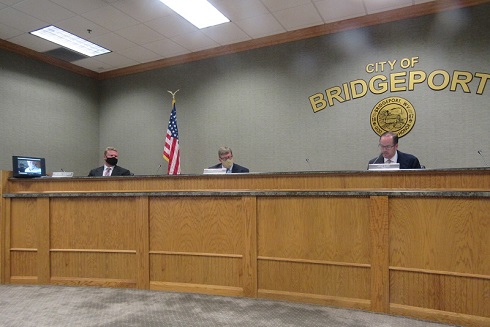 Currently, Council has a strategic meeting scheduled for Dec. 7 and regular meetings for Dec. 14 and Dec. 28.
Under new business for Monday’s meeting, a proposal was on the table to cancel the Dec. 28 meeting. Council held off on making a decision about the Dec. 28 meeting but moved the Dec. 7 strategic meeting to after the start of the new year and will decide during the Dec. 14 meeting if they want to keep the Dec. 28 meeting date or meet sometime in between the 14th and 28th.
Council did approve two new items of new business on Monday, both related to The Bridge Sports Complex.
The first was the approval of the October payment to the Higley Company out of Cleveland for ongoing work at The Bridge Sports Complex in the amount of $1,929,757.86. The Bridge is now 78 percent complete according to Mayor Andy Lang.
The second involved a contract for a change order with Higley for low voltage wiring (WiFi, speakers, TVs, security cameras, etc.).
“A lot of wiring that has to be done,” Parks and Recreation Director Joe Shuttleworth said. “I think I counted 28 WiFi units alone.
“The best route for us was to look at this as a change order to Higley but Tri-County Electric, who is their electrical sub and is already on site, already mobilized, already has a staff there, already has all the equipment necessary, to allow them to present through Higley to us as a change order to get all that wiring in place.” 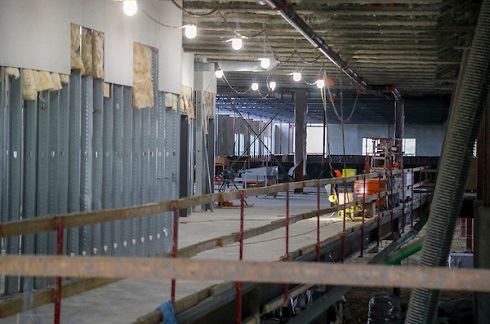 A total of four ordinances were read during the meeting — one being a first reading under new business and three being the second and final readings under unfinished business.
The first reading was for an ordinance to approve and adopt current replacement pages to the codified ordinances. City Manager Randy Wetmore said this is just a basically a housekeeping issue that happens on an annual basis to make sure all the pages are in line.
The first of the ordinances during the unfinished business portion of the meeting involved the planning and zoning the location of medical cannabis dispensaries, growing facilities and processing facilities within the corporate limits of the City.
The second one was in regard to the vacating and abandonment of a portion of an improved street and the final one was about the establishment of rental and programming rates at The Bridge.
There were two speakers during the public comments portion of the meeting.
Brady Hosaflook from Bridgeport Scout Troop 40 discussed his Eagle Scout project where he would like to install U.S. flag disposal stations at three different sites – the Veterans Memorial Cemetery, City Hall and American Legion Post 68.
Hosaflook said the project would help ensure proper U.S. flag retirements.
Doug Marquette with the Associated Businesses of Bridgeport provided Council with an update on Light Up Night plans. More information on those plans can be found HERE
Prior to the public comments, City Recorder Hank Murray provided the invocation which was followed by The Pledge of Allegiance.
Editor's Note: Top photo is from a Council meeting earlier this year, while bottom photo is a shot of the work in progress on the interior of The Bridge from earlier this year.