As promised, a total overhaul of the press box at Wayne Jamison Field, as well as an expansion and upgrade of the existing weight room facility, has started. Beau Henderson of City Construction said his crews began this week, just after Bridgeport High School’s graduation.
“I’d say everything was in bad shape,” said Henderson in reference to the press box portion of the project. “It was needing upgrades from the roof to the interior and more. As a local contractor, we’re excited to be part of it.” 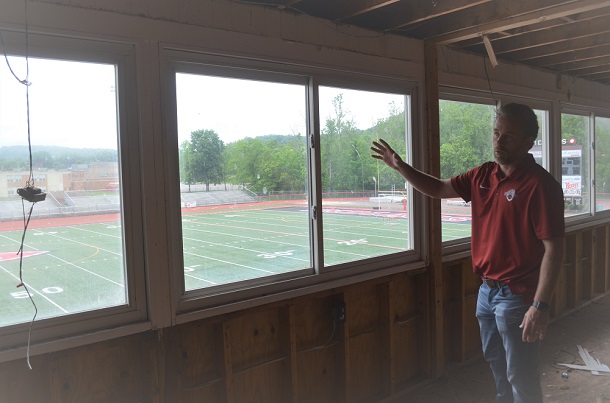 For those not knowing, BHS administrators along with Football Coach Tyler Phares have discussed the project more than once in recent months. Phares, who is has teamed up with local physician Dr. Kelly Nelson, is helping lead an ongoing fundraising effort to equip the weight room expansion and more.
As for now, the focus is on the press box. The facility, built many years ago by a community-based group led by the late Jim “Mutt” Ash, has served the school well. However, it is among the last remaining pieces needing upgrades at the Jamison Field complex.
“The renovations of the press box will essentially be a new structure. You’re looking at a new roof, which was in bad shape, new windows and even garage door windows across several areas of the front of the press box, including the VIP area,” said Henderson. “There will also be locations for coaches and the media.”
The “garage doors” are not necessarily what people think. The doors will still sit above a knee wall at a required height but will allow for 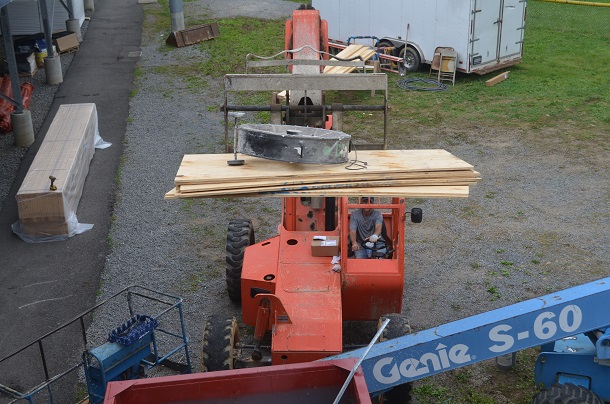 open air during early fall sporting events, as well as spring events.
The goal is to have everything done before the fall sports season begins. Henderson said typically he would not be too concerned – and is still confident – but is facing the same issue all contractors are facing.
“Waiting on materials with the market is a challenge,” said Henderson. “We plan on being in the direction of where we need to be unless those issues, which no one have control over, come up.”
Henderson said the weight room addition will start soon. The entire wall where the coaching staff parks next to the weight facility will be knocked down and expanded into the parking area. Henderson said when it is finished there will be 1,300 additional square feet of space for all student-athletes at the school to utilize.
“I think this project brings it all together at the field,” said Henderson. “It will be a centerpiece to all the facilities there, which are all fairly new.”
For those wishing to assist the project, you can do so by clicking HERE. The links showing donation tiers are near the bottom of the story, as are contact numbers for Nelson and Phares.
Editor's Note: Top photo shows Beau Henderson in the now gutted main area of the Jamison Field press box showing how windows in place will be removed and several garage door windows will be put in their place. In the second photo, materials are being moved to get the process under way by City Construction. Below is the Thrasher Group concept drawing showing the four large windows that will serve as the garage style windows. 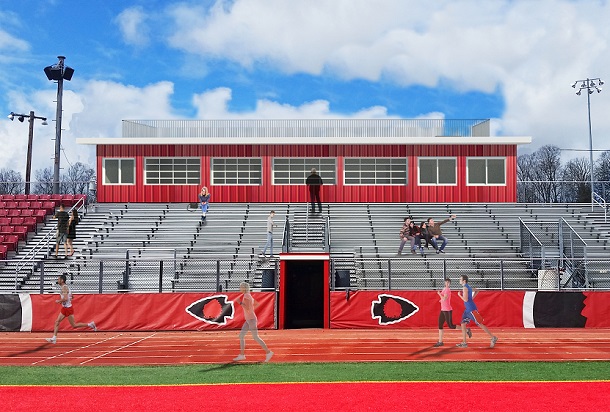