Long-time area journalist Chris Johnson has joined the staff at Connect-Bridgeport. Johnson began his duties with the on-line news and information site Jan. 6.
Johnson brings decades worth of experience to Connect. The 1997 Marshall University graduate, who also graduated from Philip Barbour High School, began his career at the Parkersburg News and Sentinel in 1997.
After that, he served in roles at the Dominion Post and the Record Delta in Buckhannon until 2003. After that, he spent 14 years where many in the area became familiar with his work and his name – and eventually became sports editor – at the Exponent Telegram. 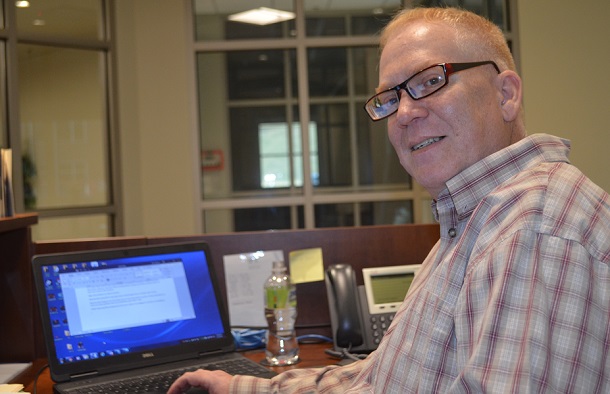 Johnson is a winner of multiple West Virginia Press Association Awards during his years in journalism. He also is deeply involved in the West Virginia Sports Writers Association as a three-term president, a lifetime member of the organization, and currently serves as the all-state chairman for football and girls’ basketball. He is a former chairman of the boys’ basketball all-state committee.
As part of his new position, Johnson will still be involved in sports. However, Johnson will cover all aspects of Bridgeport from hard news, the school system, features and more. He’ll be filling a role that current Connect staffer Julie Perine will be transitioning out of as she’ll be more involved with the Greater Bridgeport Convention & Visitors Bureau, which Connect-Bridgeport falls under.
"I'm excited about joining the staff at Connect-Bridgeport. Jeff (Toquinto) and Julie are both former co-workers I have a lot of respect for and I'm looking forward to working with them again as well as working with (CVB Executive Director) Cassie (Busdeker) who has been great in the process of bringing me on board,” said Johnson.
Johnson and his wife Theresa have a daughter, Gwen. He resides in Volga.
“The city of Bridgeport has always been kind to me. I feel like a lot of contacts I've made have turned into friends,” Johnson said. “I'm excited about branching out to cover a greater variety of news in the area and hopefully turn some new contacts into friends.”