Former collegiate basketball official and Harrison County resident John Tiano, known to one and all as Sheriff, passed away on Wednesday. The beloved Tiano was 96.
While many knew Sheriff and the countless stories from his days as a basketball official, some may not know he gained his legendary status calling West Virginia University basketball games. Those involved with the WVU program know of his importance to the history of 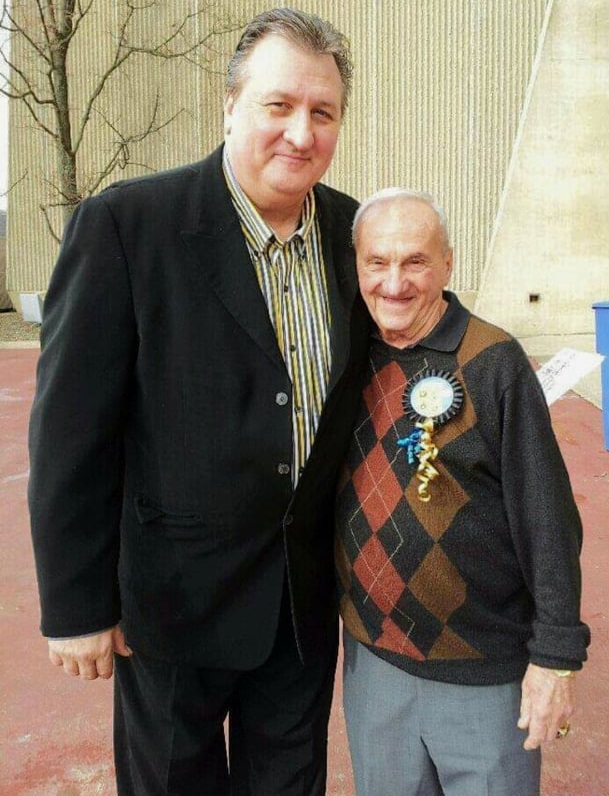 Mountaineer sports, including current Coach Bob Huggins.
“Sheriff was one of the great characters in the history of West Virginia basketball. I’ll always remember his stories and recollections from the times that he officiated Mountaineer games from Hot Rod Hundley to Jerry West to Rod Thorn and so on,” said Huggins. “He also had great relationships with Red Brown and Fred Schaus. No one else could connect the dots of those great West Virginia basketball teams, coaches and players like Sheriff could.”
One of those players from that era, who remained friends with him until his passing, was Jay Jacobs. Many of you know Jacobs as a former WVU player that competed during the “Golden Era” of hoops in Morgantown and was a teammate of Jerry West. Today, he is the long-time color analyst doing WVU basketball games.
“Off the court, he was the perfect guy,” said Jacobs. “On the court, he was very colorful. He was a true West Virginian.”
The true West Virginian was known to be partial to the Mountaineers on the court. And he never had a trouble until his last breath to talk of his love for the program.
“You better believe (Coach) Fred Schaus loved having him call games for us. We thought it was important,” said Jacobs with a laugh.
Jacobs said Sheriff worked the games of West, Willie Akers, Hot Rod Hundley, and a host of other legends. He said his interactions with Hundley were things of beauty.
“He fell into everyone of Hundley’s roles, and I think enjoyed it. Hundley talked about going to the foul line and Sheriff would hand the ball to Rod to shoot his free throws and Rod would hand it back to Sheriff, and they’d do that back and forth and Sheriff played along,” said Jacobs.
Jacobs said Sheriff was beloved by those close to the WVU program. He said that was the case even in recent years.
“He knew everybody. He would call everybody by name. He came to the (Bob Huggins) show we did at Kegler’s when someone brought him down,” said Jacobs. “He was polite, smart and always with a kind word to Coach Huggins, me, and Tony (Caridi). I enjoyed his work and I enjoyed him as a person. He’ll be missed.”
Editor's Note: Photo of WVU Coach Bob Huggins and Sheriff Tiano outside the Coliseum courtesy of Matt Policano.