With a Message of Persistence and Vision, Motivational Speaker Morris Morrison Returns to Harrison County to Inspire Students 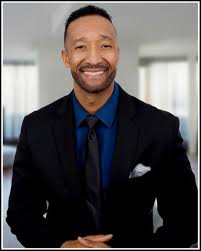 One thing is for sure, when Morris Morrison takes the stage, students listen.  The famous motivational speaker returned to Harrison County recently to present to students grades 7-12 from every middle and high school in the county, sharing with them his personal journey.
Born in New York City, Morrison was orphaned as a baby and later lost his adoptive parents to drugs and prison.  He made a promise to the woman who raised him that he would work hard to pursue his true potential and continue to grow and help others.  At Fairmont State University, he was named Student Body President, Homecoming King, President of Alpha Phi Alpha Fraternity, and was a member of the men’s basketball team.  He now owns Morris Morrison Development Group in Lake Norman, NC, and serves on the boards of several non-profits.
Morrison’s presentation was engaging and educational, but mostly inspirational, encouraging students to take responsibility for their own lives and to make positive changes in their community.  He offered a fresh perspective from many motivational speakers and connected with the students on their level, using humor, pop culture references and relevant strategies of empowerment.
Convoys of busses transported students to the presentation at The Robinson Grand Performing Arts Center in Clarksburg throughout the week. Many of the students have heard Morrison’s message before and were excited about his return and new material.
“He encouraged us to be a better version of ourselves,” said BHS junior Rachel Morgan.  “He was entertaining and educational and very empowering, stressing how we are not victims and how we should use our voice and our gifts to help.” 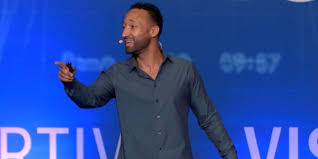 Morrison’s message of overcoming adversity comes from personal experience but has a common theme that resonated with the students.
“We have heard a lot of speakers over the years, but we could really relate to someone who is from West Virginia talking about his success despite having adversity in his life,” said BHS junior Virginia Noone.
Noting that many young people are used to instant gratification, Morris also challenged students to work hard for what they want.  He promoted equality and an appreciation for individual differences and singled out audience members to interact with.
“I was singing along with him to a Bruno Mars song and he stopped but I kept going,” said BHS junior Angel Romo.  “He called me out and gave me a shirt and a copy of his book. Hearing his message made me really think more positively about issues in my life.”
Footage from the Harrison County event could show up in an upcoming Netflix special on Morrison.  His book, “Overnight Success: An Inspiring Story of Culture, Results and The American Dream,” was available to students and faculty, offering further insight into his transformation.
“He used his stories of hard work, faith, persistence, and family to inspire us each to be our best and to find ways to help others,” said BHS senior Alden Smith.  “This is a message that will stick with us long after he leaves town.”