Back in July, when the demolition of the old Circle K building on Main Street began, the head of the new company owning it predicted what he believed the price was going to be in a very conservative way.
Garrett Bishop, BFS Chief Financial Officer, said the planned new BFS Foods location on Main Street would safely be in the six figures. As it 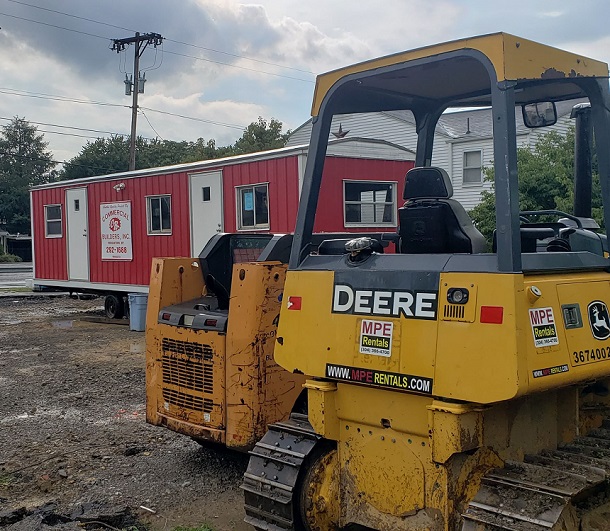 turns out, it’s safely in the seven-figure range.
Recently, BFS Foods acquired a building permit for the new structure. The cost to do the work comes in at $1.186 million, according to public records.
“It’s a very significant addition to Main Street, particularly considering they initially planned to remodel the Circle K building,” said Kerr. “That building was old, but it needed a lot of maintenance to have a proper facelift.
“Now, it’s more than a facelift and it’s an investment of more than $1 million,” she continued. “By looking at the plans, BFS is building a very modern and nice looking facility that will look fantastic on the Main Street corridor.”
By Tuesday of this past week, equipment and a contractor shed was on site. Commercial Builders out of Morgantown is the contractor for 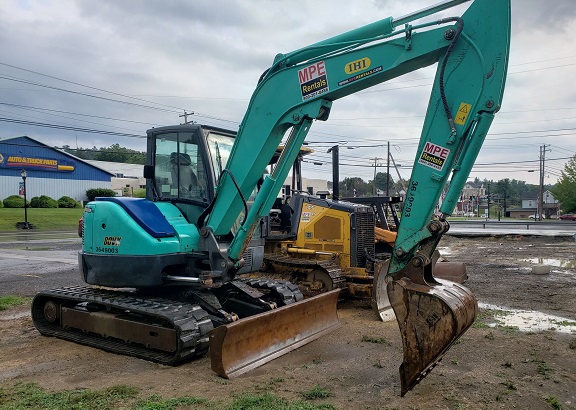 the project. The architect is Omni Associates out of Fairmont.
When it’s finished, Kerr said the building will cover 4,200 square feet.
“It will be a one floor building that will have gas pumps that are new along with a new canopy,” she said “By looking at the plans, there will be five pumps, which is up from the two that were located at Circle K.”
Kerr said the store will be set back from Main Street, but a little to the right from the prior building. The pumps, she said, will also be located in a different format. Kerr said they will run perpendicular to Main Street as opposed to parallel. Bishop had said earlier the pump layout would be changed to help with traffic flow.
“It’s good to see this and it’s good to see them already mobilizing,” said Kerr. “I know they’re eager to get started before the weather changes.”
Editor's Note: Shown is equipment in place early this past week to allow for the start of construction.