By Chris Johnson on December 29, 2020 from Outside the Tribe

Editor's Note: This blog first appeareed on Connect-Bridgeport on March 16. The girls state basketball tournament was one of the first sporting events shut down because of COVID. In a time of disappointment, confusion and uncertainty, Connect-Bridgeport staff member Chris Johnson was still able to find one shining moment.
Normally this is the time of year when I write something about taking a final look at the girls state basketball tournament.
It’s my way of putting the final bow on the season by highlighting my favorite moments from the previous week and gear up to do it all again with the upcoming boys tournament.
I love the high school state basketball tournaments. It’s two of my favorite weeks of the year. There was a five-year stretch where I saw every single game of the girls and boys tournaments —that’s 42 games over a two-week period. 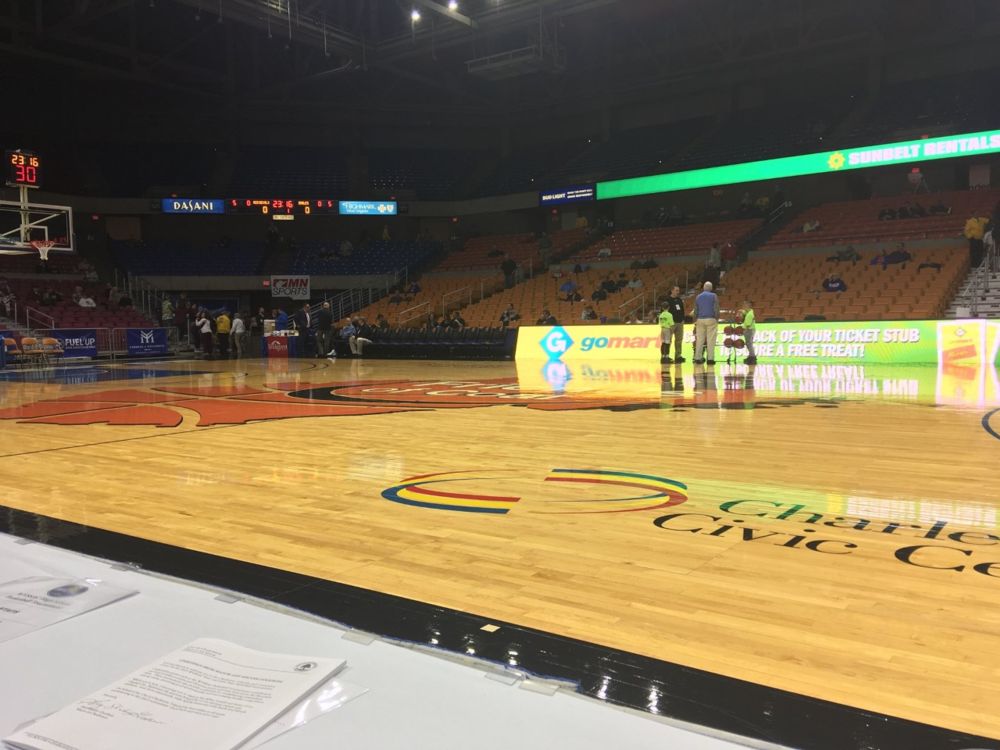 I knew I wasn’t going to be able to see all 42 this year. But I was still excited to see as many as I could, especially since this is the last year with the current format — three classes, six games Wednesday through Friday and three title games on Saturday.
But next season’s start of the two-year trial run with a four-class format for basketball seems a lifetime away right now. Anybody who made it to Charleston or had plans to get to Charleston knows that “normal” is the one word that cannot be used to describe what happened last week.
Looking back on it though, Day 1 of the girls tournament was completed without a hiccup and there were definitely some memorable moments.
We saw an upset with PikeView defeating Class AA defending state champion Fairmont Senior. We saw ZZ Russell from Winfield break a Class AA record for points in a game with 41 as Winfield beat Westside.
We saw Bridgeport nearly pull off another upset in an overtime loss to top-seeded North Marion — a game in which Madie Wilson had the gutsiest performance I’ve ever seen in the tournament. (I’ll take a more in-depth look back at that game in the upcoming days right here on Connect-Bridgeport). We saw Lincoln use a stifling defensive effort to get past Nitro and we saw the two top Class AAA seeds advance to the semifinals. 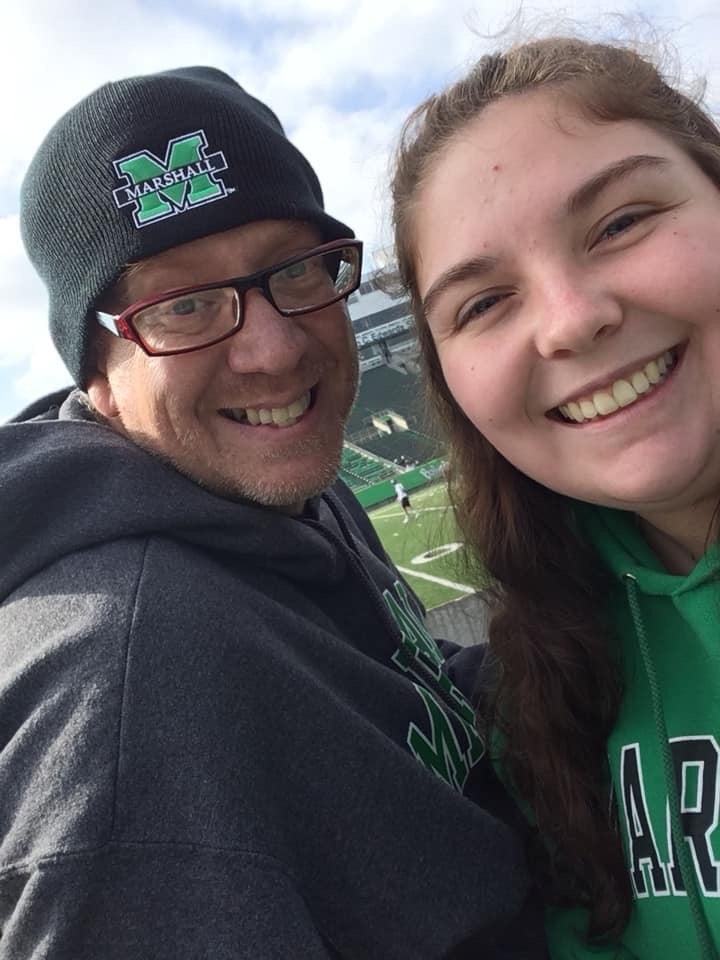 At some point during the second session of Day 1, I received a text from my daughter, Gwen. Marshall University was suspending in-person classes beginning March 16 and they wanted students out of the dorms by noon on Friday.
Before I left the Charleston Coliseum that night, the news broke about Rudy Gobert testing positive for the coronavirus and that the NBA would be suspending play.
From peers along press row, SSAC officials, coaches, players, fans, there was a sense of concern but none of us had any suspicion how much things would continue to change the next day. We all thought we would be right back at the Coliseum watching basketball through Saturday.
I woke up Thursday morning in Charleston slightly annoyed. Obviously, I wasn’t going to leave my daughter in Huntington if they were being told to evacuate from the dorms. But my original plan was to be at the state tournament that day.
Quickly, I convinced myself that the new game plan would be OK. I didn’t HAVE to be at the Coliseum that day. I can go get Gwen and she can stay at the hotel with me. I can still be at the tournament all day Friday for the semifinals and then Saturday for the title games. Nothing has changed other than having to get my daughter tickets to watch the games if she wanted. No big deal.
I don’t know what time the first domino fell on Thursday afternoon, but I know the information started coming in rapidly and very little of it was good news.
The girls tournament was being shut down, boys regionals for that night were called off, the boys state tournament for next week was likely going to be postponed. Not to mention the NCAA Tournaments were being shut down. Every professional sports league was shutting down. Concerts, conventions, meetings across the nation were being postponed.
We were pointing fingers. We were either not taking this serious enough or we were blowing it out of proportion. Nobody knew anything but everybody — myself included — had an opinion on who to blame.
It was chaos.
But then the strangest thing happened. Somehow amid the chaos, I still got my “one shining moment.”
My daughter texted me and said that she was using her remaining flex account dollars at Marshall to buy her friends and strangers food. From Chick-fil-A sandwiches to bags of Funyuns and everything in between, my daughter was buying food for others. 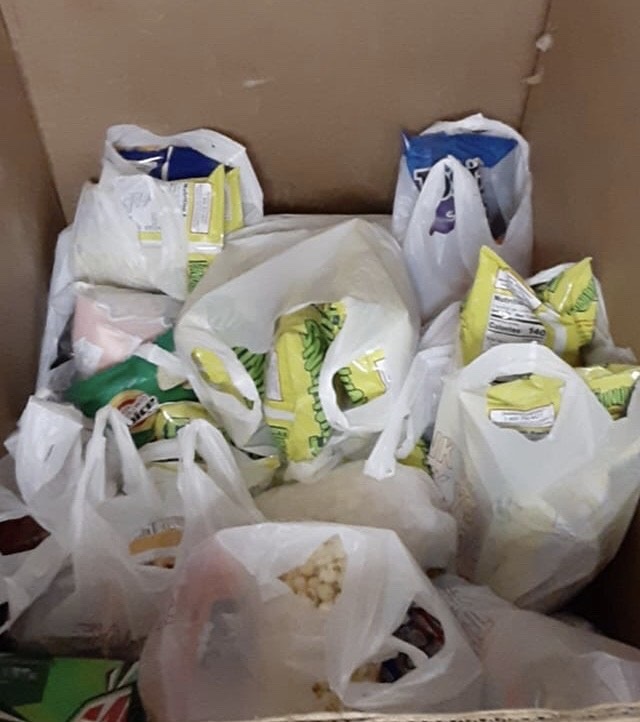 I sat down on my hotel bed and I cried. I cried out of happiness, I cried at how selfish I was just moments before because my state tournament plans had been altered and I cried for in that moment there couldn’t have been a prouder father on the planet.
My daughter Gwen, on this day of chaos and the fear of the unknown hanging over all of our heads, was thinking of how she could help others.
There’s been an on-going joke between me and Gwen for years. She will say, “How come you always write about Dante Bonamico or Jarrod West or McKenna Smith or Hanna McClung and not me?”
I always would answer, “When you are good at sports like one of them, then I will write about you.”
Gwen’s athletic career peaked in the Philippi Youth Basketball League. The scouting report from her coach (which was also me): Decent mid-range jumper but in constant foul trouble.
Gwen however developed a passion for sports and would often attend high school games with me and that has since expanded to Marshall games and minor league baseball from Portland, Maine to the Black Bears just up the road.
Well, today is the day I write about you Gwen and your moment is bigger and better than any game-winning shot or state championship and it came when your Dad needed it the most.
After loading up all of her stuff Thursday, we made it back to the hotel and I quickly made the decision that since the tournament was cancelled, let’s just check out early and go home.
We spent the long drive in the pouring rain listening to the radio and all the cancellations that were still coming in by the minute. Gwen told me again how she just saw how everybody was upset and confused and figured if she could buy them a sandwich it might put a smile on their face for a minute.
I was confused, tired, uncertain of what the next day would bring and yet it all took a backseat to how proud I was of my daughter.
The cancellations continued to roll in the next day. Practice for spring sports and all extra-curricular activities were being put on hold until April 13 at the earliest. Next was the announcement of school being cancelled. It didn’t slow down over the weekend. If fact, as I’m typing this blog, I just saw the announcement that the CDC has recommended the entire country postpone any public event which would bring a group of 50 people or more for the next eight weeks. Two days prior, that number was groups of 250 people. 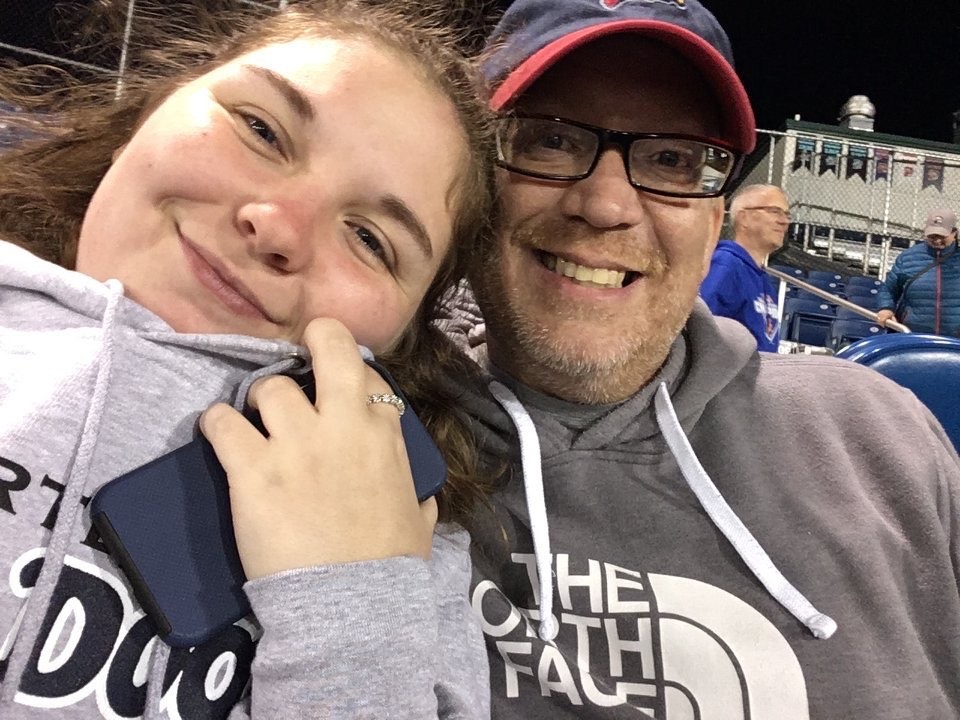 I wish I had something better to say than, “I don’t know what is going to happen.”
But I don’t. I hope there is a way we can salvage the state basketball tournaments and the spring sports season. And the prom for the seniors and the Bridgeport Theatre’s performances. But at the moment it’s not looking good.
I don’t know when it’s going to get better. I don’t know if it’s going to get worse. I don’t know if it’s being blown out of proportion and I don’t know if we are being as cautionary as we should.
I only know this: I am proud of you Gwen, for being a bright light in this time of darkness and uncertainty. I know the world needs more people like you right now.
Editor's Note: Top photo shows a mostly empty Charleston Colesium. Photos two and four feature Chris and Gwen at a Marshall football game and a Portland Sea Dogs baseball game, respecitvely. Third photo features one of the carts of food Gwen bought for other Marshall students.