Outside the Tribe: A Carpenter's Best Tool is Sometimes Not in His Belt

By Chris Johnson on April 10, 2021 from Outside the Tribe

When someone close to you passes away, there is a balancing act between grief and reflection.
I’ve done plenty of both recently and it led to a realization.
Generally speaking, we don’t get a “second” family until marriage. I have one of those now, the majority of them residing in Maine. I love them and don’t get to see them nearly as much as I wish. 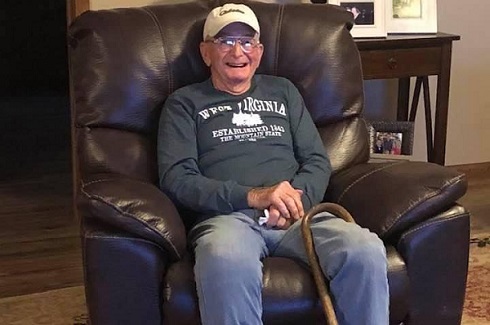 But that’s not the realization I’m talking about. It occurred last Monday, driving back from the funeral home after the services for Dewey Poe that I realized that I was blessed to get a second family much earlier in life.
I could just say my best friend Bill’s Dad passed away and that would be somber enough. But it runs significantly deeper than that.
When my sister Jennifer was diagnosed with leukemia in 1986, she received a lot of her treatments at the National Institute of Health in Bethesda, Md. My Mom was with my sister every step of the way. My Dad somehow managed to juggle working a fulltime job at the Department of Highways and being with Jennifer in Maryland the majority of the time.
I was with them as much as I could be. But I was also in school and active in sports therefore a good amount of time, I had to stay in West Virginia. And I needed a place to stay.
I stayed at Bill’s house, which really meant I stayed at Beverly and Dewey’s house.
Sometimes it was just overnight, sometimes it was a weekend, once it was two months because of Jennifer receiving and then recovering from a bone marrow transplant in Minneapolis.
We had just moved back to West Virginia from Maryland in August of 1985 and somehow we hit the jackpot in terms of neighbors on Union Road in Barbour County. Just across the road were the Joneses, to the right were the Mitchells, just down the road and around the curve were the Malcoms.
To the right of us were the Wrights as in Jim, Ann (Bill’s oldest sister) and their daughter Jamie, who became my sister’s best friend.
Next to them was Granny Poe, as sweet a woman who has ever graced this earth who always had the absolute coldest, best tasting water in the world waiting for me and Bill when we were ready for a break from playing ball in the yard.
Then, the last house in the group was were Beverly, Dewey, Bill and his other sister Amy lived. 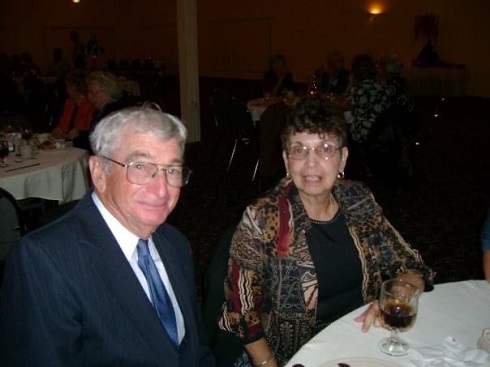 We actually only lived in that area for about a year before my Mom and Dad found a place (the place they still live in today) in a different section of Barbour County. But the bond with those first neighbors only strengthened. I was always made to feel at home and I always felt like part of the family even when I couldn’t just ride my bike or walk over.
One of the first things that make me smile when talking about Dewey is the little white Dodge pickup he used to have. That truck took us back and forth from Carrollton Road to Union Road quite a few times, took us to quite a few basketball practices. It even took us to a handful of concerts.
Eventually that truck became Bill’s first vehicle he drove on a regular basis and there was even one time it was just the two of us but we still couldn’t get to a concert without the assistance of Dewey.
We were on the way to see Metallica in Pittsburgh. I think we made it as far as Morgantown when Bill realized he left the tickets at home. Dewey met us on the road between Fairmont and Grafton and just laughed when he saw us and said, “You boys looking for these?” before handing over the tickets.
I remember that truck. I remember that smile.
I remember how he loved this one desert in particular that my Mom made. We just called it pretzel salad as it was basically a pretzel crust with cream cheese and cool whip and strawberries.
I remember him trying to teach me to drive a tractor. I remember Sunday drives to Parsons.
Somewhere I have pictures of him playing horseshoes with my Grandpa at my high school graduation party. And let me tell you, Dewey Poe and Charles Jones on the same team pitching horseshoes? Had Lebron James and Michael Jordan been at the party, it would have been easier to beat them in a two-on-two game of hoops. 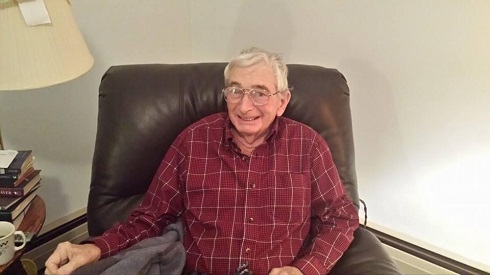 I remember being on our roof and Dewey there to help with some repairs. I remember watching him line up a row of nails and hammering them home perfectly with one swing of the hammer.
Dewey always had a tool to lend. But he also always had a hand with a tool in it to lend, which honestly the job would get done a lot quicker and better if you just got out of his way and let his master carpentry skills take over.
More than anything, I remember Dewey Poe to be the type of person that would do anything for anybody and not want any attention after doing so.
Dewey was good at fixing things and enjoyed fixing things but the most important tool in his belt was the way he treated people and the way he helped people.
As I grew older, moved around this state and basically let life get in the way, I wasn’t around Dewey as much as I should have been. But the influence he had in my life has never and will never be taken for granted.
Thanks for everything Pappy.