Outside the Tribe: Class AAA Baseball Tournament a Parade of Recent State Champions

Honestly, when it was late February, early March, I didn’t like the odds of us reaching this point. 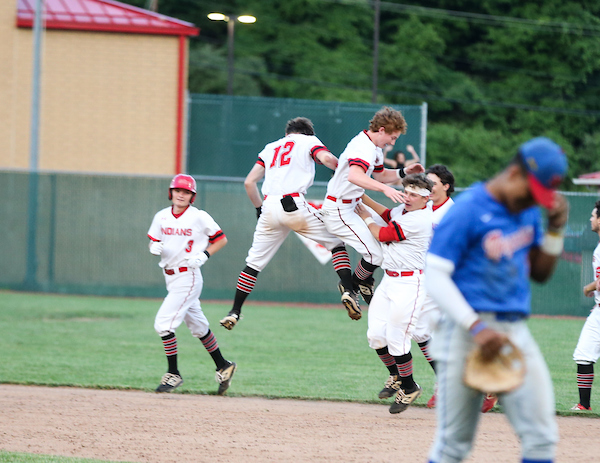 I consider myself an optimistic person but after a year of mandates, DHHR statistics, press conferences with Gov. Jim Justice, cancellations, modifications and quarantines my optimism was running on fumes in regard to a high school winter sports season, let alone a spring season, being completed.
But here we are. The 2020-21 high school athletic season will end this coming week. Sure, there were bumps in the road, perhaps even a couple of detours, but we made it.
And the season is ending the same way the last several have, with the Bridgeport High School baseball team gunning for a state championship.
Fresh off six consecutive Class AA state championships (minus a 2020 spring when no baseball was played), the Indians have looked like title contenders all year long in their first year back up at Class AAA.
This final four for Class AAA in 2021 is as good a final four as there ever has been.
Hurricane is the top seed with a record if 31-1, Jefferson is the No. 2 seed with a record of 27-3. Bridgeport is No. 3 with a record of 32-3 and St. Albans is No. 4 with a record of 25-7.
Since 2014, every single Class AA state champion (all Bridgeport of course) and every single Class AAA champion – Hurricane in 2014 and 2018, Jefferson in 2015 and 2016 and St. Albans in 2017 and 2019 – is in this year’s Class AAA bracket.
Bridgeport and Jefferson will play on Thursday (50 minutes after the Hurricane-St.Albans matchup that is scheduled to start at 4:30 p.m.)
The Indians and Cougars met once in the regular season, part of the McDonald’s Classic, with Jefferson winning, 6-1. 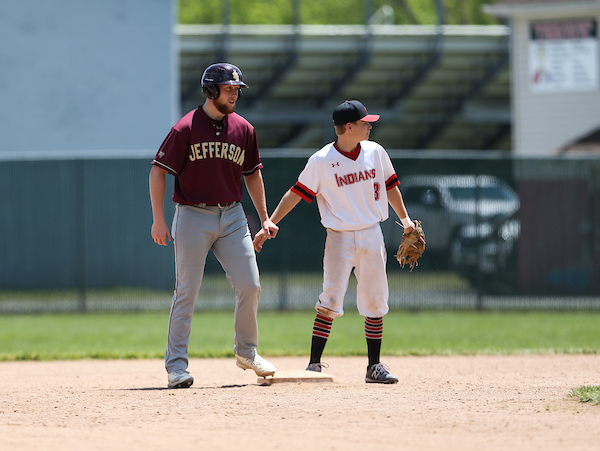 As far as head coaching matchups go, it’s hard to imagine that it gets any better than John Lowery for Jefferson and Robert Shields for the Tribe. The two have only combined for 2,218 career victories and 20 state championships.
Editor’s Note: A more in-depth look at the Bridgeport-Jefferson matchup will be on Connect-Bridgeport in the upcoming days.
No offense to state softball tournament happening earlier in the week or the Class AA and Class A baseball tournaments (personally I think Independence in AA and Moorefield in A are heavy favorites), the Class AAA tournament is the perfect way to close the book on a school year unlike any other.
Just think about this for a second, the Indians are 32-3, have scored more than 400 runs this year and for most of the season their average margin of victory was double digit runs and they are the No. 3 seed. And nobody is complaining, because that’s probably where they should be seeded. 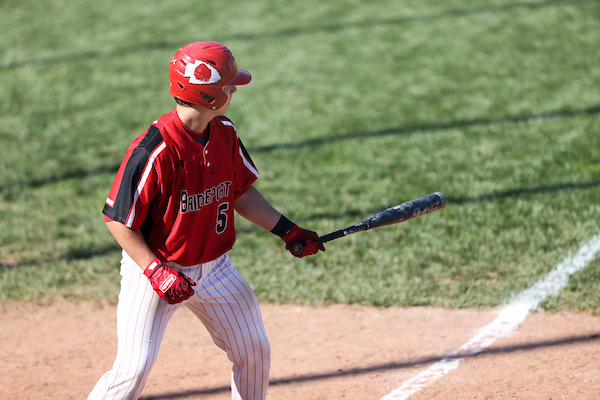 That of course by no means should have anybody thinking the Tribe can’t be the last team standing. They absolutely can win this whole thing. And going up against a foe like Jefferson, their season can absolutely be over with on Thursday.
It’s odd because neither outcome would be surprising. It’s even stranger that any one of these four teams winning the state title would surprise nobody.
There is always going to be debate if this state’s postseason format gets the best teams to the state tournament. The sectional and regional breakdown is far from perfect especially in terms of geography.
However, the Class AAA baseball state tournament this year, I don’t know how it could be any better.
Editor's Note: Top photo shows the Indians celebrating after thier regional championship victory against Morgantown. Middle photo features Frank Why checking a Jefferson baserunner during a regular season game earlier this year. Bottom photo is of J.D. Love. Photos courtesy of www.benqueenphotography.com