Outside the Tribe: OK Bridgeport I'm Here, Now Where Do I Go?

By Chris Johnson on January 21, 2020 from Outside the Tribe

There’s something kind of important that didn’t dawn on me until I started at Connect-Bridgeport.
It’s maybe a little embarrassing but I’ve also never been one to shy away from making fun of myself.
OK, here it goes: To the City of Bridgeport, I don’t know where everything in your city is at. 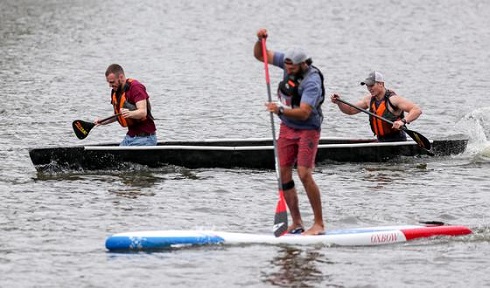 Sure, I know how to get to the high school and Meadowbrook Mall and UHC and Oliverio’s.
I’m also pretty good at finding my way around. You know that stereotype about men never stopping and asking for directions? That doesn’t apply to me at all. I’ll stop and ask for directions at the drop of the hat.
Quick story on asking for directions: So, after I graduated from Marshall and before I took a job with the Parkersburg News and Sentinel, I interviewed for a job at the Gaston Gazette in Gastonia, N.C. I was pretty sure I was on the correct street, but I couldn’t find the newspaper office. I stopped at an Exxon, asked the guy behind the counter and after staring at me for 10 seconds he just pointed straight ahead out the window.
In my defense, I didn’t have the same vantage point he had where you could see the Gaston Gazette sign that was partially blocked on the roadway by shrubbery.
Anyway, point is I’m not afraid to ask for directions no matter how dumb it makes me look. I’m also fairly adequate at using a GPS, a road map, a compass, smoke signals and a sun dial.
But none of that changes the fact that I’ve never been to the Bridgeport Public Library or the Fire Department or the Benedum Civic Center, or countless other sites that most of you have been to more times than you can count or you drive past them every day.
I do know where North Central West Virginia Airport is but I have to continuously repeat to myself “Turn here” or I drive right past the exit. The last time I was there was October of 2018 as I was a Guardian for the Honor Flight — a great experience I got to share with my favorite veteran, my father.
I’ve never been to Maple Lake or Light Up Night. Seen a lot of cool photos, and it looks like a lot of fun though. 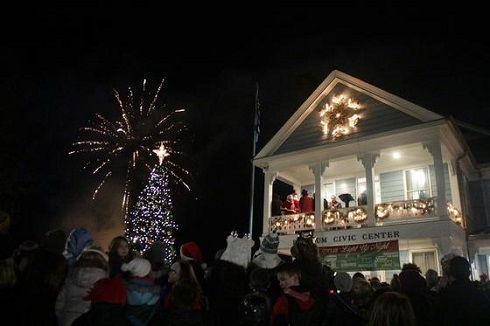 It was just a couple of years ago that I learned you could park your vehicle at the Park and walk to some of the athletic facilities at Bridgeport High School. I knew the park area existed of course, as you can see it from Wayne Jamison Field. But I seriously didn’t know you could just drive straight up past the school and get there. I guess I just thought it was a magical land with never-ending youth soccer games and dogs out for a stroll.
I didn’t even know where the Connect-Bridgeport office was until a few weeks ago.
And I’ll be perfectly honest, there are certain spots in the Eastpointe area where if I’m there, I don’t even know if I’m in Bridgeport or not.
I’m catching on quick though and I’m impressed with what I’ve learned.
I had my first two slices of pizza from Mia Margherita the other day. They were amazing. I’m not sure if it’s an in-house creation or not but whoever decided that putting ricotta cheese on a pepperoni and sausage pizza deserves some kind of medal.
Both gas stations near the office carry my go-to snack, Herr’s Jalapeno Popper Cheese Curls.
My friend and one of my favorite former high school baseball coaches, Patrick Marozzi, works next door! Now, I’m not exactly sure where at in that building but I know what direction to head in.
Speaking of sites just outside the door, did you know the Farmers Market in the summer sets up in the parking lot I can see out my window? Of course you did, because you have probably been to the Farmers Market whereas I haven’t.
I can’t tell you how excited I am though for a weekend where I leave my phone at the office (trust me, I do that a lot) and I have to come get it but I can also pick up some fresh squash (nobody can cook squash like my Mom can). I’m not exaggerating. I’m genuinely excited for that to happen. 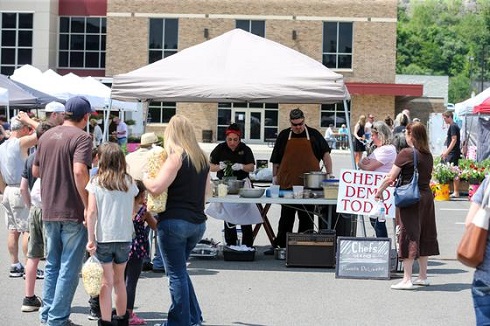 I’ve also had time to create a new game. It’s called “Walk outside and around the corner away from the building and pretend I’m a pioneer trying to cross The Great Divide.” Seriously, what is up with the wind up on this hill?
Just up the road is the Wingate by Wyndham and I’m at least reminded there is one thing I will have on a lot of Bridgeport residents. I’ve actually spent a night in a Bridgeport hotel. Not just any night, but that’s where me and my wife Theresa spent the first night of our Honeymoon.
I went to my first City Council meeting earlier this week so I can cross Bridgeport Municipal Complex off my “Buildings I’ve never been inside of” list.
Met a lot of great people there that night too. I only made one small blunder during the course of introductions and it’s probably not that big of a deal, but a little funny.
There has been a joke in my house that when you have a child you slowly cease being “Chris” or “Mr. Johnson.” When you are out in public it is now, “Hey, look it’s Gwen’s Dad.”
Councilman Don Burton introduced himself and congratulated me on the new job and without hesitation I said, “Hey, you’re Grant’s Dad.”
Well, I’m sure he is as proud of being “Grant’s Dad” as I am being “Gwen’s Dad” but I do wish I had been a little more mindful of the situation.
Like I said, I still have a lot to learn.
There are places I need to go and people I need to meet.
There’s no shortage of good ones to choose from in either category, so if you see me out there, just point me in the right direction.
Editor's Note: Photos from top to bottom: Maple Lake, Light Up Night, Farmers Market - just three destinations Chris Johnson has not been to yet but is looking forward to getting there. Photos by www.benqueenphotography.com

Dine & Donate at The Caboose