The Second Income Entrepreneur: BHS Grad Chalfant is 22 with 3 Businesses and Wants to do Even More

By Mike Queen on February 22, 2022 from Second Income Entrepreneur

This is just my second column in aseries of guest commentaries on the existence and importance of those entrepreneurs who are generating a second income outside of their regular full time employment or occupation.  This column is called "The Second Income Entrepreneur" and the mission is to help focus public policy, programming, and resources to encourage and support those working full time to venture into entrepreneurship.
I strongly maintain that some of the best business ideas and certainly many of the best gadgets, inventions, phone apps, computer programs, and baked goods are created by individuals who are working full time at another job.  And interestingly, resilient second income 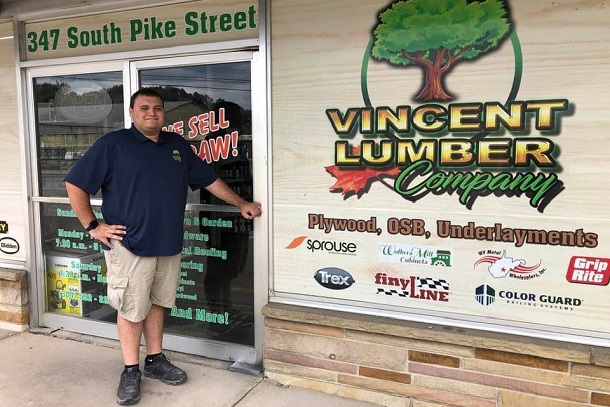 entrepreneurs rise to the occasion when the economy is particularly slow or challenged.  That was certainly the case in 2021 when our state and nation experienced the second full year of the COVID-19 pandemic.
In calendar year 2021, the West Virginia Secretary of State's Office registered more new businesses than in any of the nine previous calendar years.  A review of the WVSOS Business & Licensing Division shows that a great number of those new businesses were sole proprietors, sole practitioners, or small businesses with less than five employees. I would suggest that the increase in the number of new businesses came from second income entrepreneurs who found themselves at home more often, laid off, or furloughed temporarily from their full time jobs.  Consultants, tutors, landscapers, handy man services, artists, authors, contractors, personal care providers, barbers, beauticians, day care, farm producers, and homemade and handmade crafts and baked goods all became bigger parts of West Virginia's pandemic economy created in 2021.
This increase in new business start-ups during the pandemic has had a number of positive benefits.  Second income became a back-up plan to replace income lost on bonuses or commissions normally earned from the 9 to 5 job. It forced some people out of their comfort zones into entrepreneurship out of necessity.
During the pandemic, the federal government stepped in to help companies with income losses by providing employers with payroll protection plans, grants, and loans through the Small Business Administration. Employers adapted. Employees worried.
Out of necessity, the second income entrepreneur rose to the occasion. I want to focus on one small business owner to demonstrate how being prepared for adversity created an expanded business opportunity.
Jeffrey Chalfant is a Shinnston small business owner. He is a 2018 graduate of Bridgeport High School.  Jeffrey really enjoyed business classes in high school.  He also appreciated that vocational education prepared those who didn't want to go to college to go to work after high school graduation. 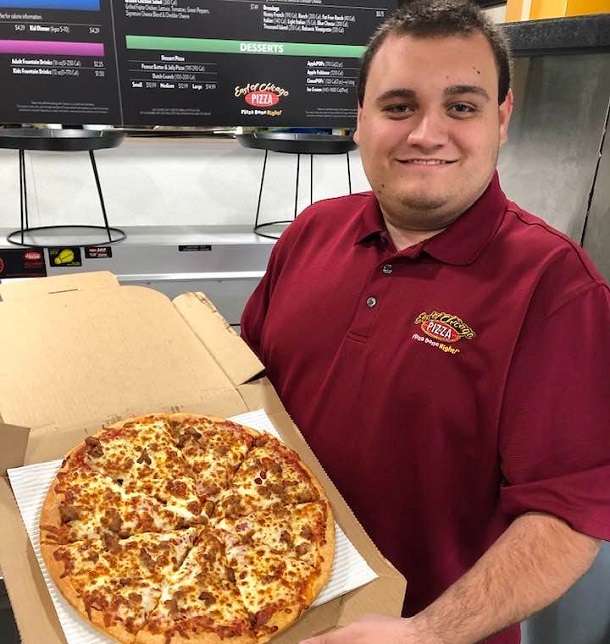 His parents were entrepreneurs. His father was a respected local contractor.  The family owned storage units that they rented year round.  So it was only natural that Jeffrey would look to owning his own business one day.  So he began looking for opportunities while still a senior in high school.
He found one.  With the help of his parents, Jeffrey purchased the Vincent Lumber Company in Shinnston - a small, longstanding, building supplies and hardware store with six employees located in the middle of town.  Jeffrey graduated in May of 2018 and became the new owner of Vincent Lumber in August 2018.  One could say that his graduation present was a mortgage and bank loan for the new business.
The property he purchased included an old building that was once a Dairy Queen.  The building was located along a popular rail-trail project developed by the city.  Jeffrey said that after driving by the building for more than a year coming to work every day, he decided to do something with it.  Working with his mom, Jeffrey remodeled the building and opened an "East of Chicago Pizza" franchise in early 2020.  It became very popular, then the pandemic hit.
Like all of his competitors, big and small, the lumber and hardware company took a hit.  Home building and construction was substantially reduced in the region and so too was the need for lumber and supplies.  But the pizza business was booming.  Take out orders increased substantially during 2020.  Jeffrey had to hire more employees.  Delivery drivers were a premium.
The take-out pizza business was so good in 2020 and 2021 that Jeffrey decided to open a second location - this time in nearby Bridgeport.  His new "East of Chicago Pizza" opened on January 22nd.
Vincent Lumber Company is still operating and Jeffrey says that he is pleased with the effort to grow that business back to where it once was and beyond.  He told me that reliable service and competitive pricing are not just sound bites for Vincent Lumber.  He credits Vincent Lumber's come-back success to his small but dedicated team of employees  -  a couple who have worked there for more than 25 years.
The pandemic has challenged every business owner.  Many haven't made it.  Many have closed down.  But when you're given lemons, you should try to make lemonade.  But if you're in the takeout pizza business, you open another location.
Jeffrey told me that he wished he had learned more about entrepreneurship while in high school.  While he credits his business classes with helping him better understand economics, he believes that more students would benefit from learning about entrepreneurship.  Other than advice from his parents, an uncle and a trusted friend nicknamed "Tarzan", Jeffrey hasn't had time to access state or federal programs or business coaching.
Jeffrey Chalfant, now just 22 years old, has made it through the pandemic. His adapted and actually expanded.  Today, with three successful businesses and more than 50 full time and part time employees, he is looking for additional opportunities.
For all of those reasons and for what is sure to be a promising future, I am proud to name Jeffrey Chalfant as my "2021 Young Entrepreneur of the Year".
Editor's Note: Mike Queen is a second income entrepreneur who currently serves as the Deputy Chief of Staff and Director of Communications in the WV Secretary of State's Office.  He is a graduate of Marshall University and resides in Bridgeport, WV. Photos show Jeffrey Chalfant at the top in front of his Vincent Lumber business, while he's shown with a pizza from one of his two East of Chicago Pizza locations - one of which is in Bridgeport.