STORY BY MATT MULLIN, ALDERSON BROADDUS ATHLETICS
The Minnesota Twins and Alderson Broaddus alumnus Randy Dobnak agreed to a five-year, $9.25 million contract extension, per ESPN's Jeff Passan. The deal includes three club option years that can bring the total of the deal to be worth up to $29.75 million.
"Through hard work, dedication, and the ability to stay true to yourself, dreams can come true," said Dobnak.
Dobnak dominated the G-MAC during his four years with Alderson Broaddus, becoming the conference's all-time leader in strikeouts (284), 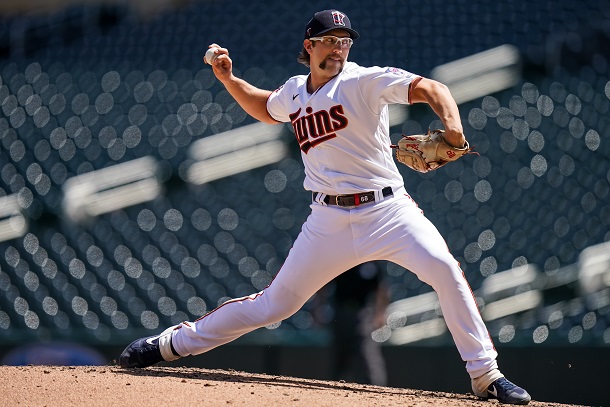 complete games (20), and shutouts (8). His career ERA (2.61), innings pitched (272.1), and wins (26) are the second most all-time in G-MAC history as well. Dobnak was a four-time G-MAC All-Conference selection and helped AB win the 2016 G-MAC Tournament.
In 2017, Dobnak went undrafted and joined the Utica Unicorns of the United Shore League. After pitching for the Unicorns for a few weeks, the Minnesota Twins signed Dobnak to a Minor League contract.
Dobnak spent the 2018 season in Single A and moved from Advanced A ball to AAA in 2019. In August 2019, Dobnak's dream of being called up to the show came true.
The 26-year-old right-handed pitcher has a career record of 8-5 in the MLB. Dobnak logged 46.2 innings in 10 starts for the Twins in 2020 and finished with a record of 6-4. His six wins in the shortened 2020 season was tied for seventh-best in the MLB.
The Twins won the American League Central Division for the second consecutive season in 2020 with a record of 26-24, earning a spot in the American League Wild Card Series.
Minnesota begins their 2021 campaign tonight at 7:10pm against the Detroit Tigers.
"I hope to be an inspiration to the next generation of dreamers," said Dobnak. "Our goal is to ultimately bring a World Series championship back to the Twin Cities."
Editor's Note: Photo of Randy Dobnak courtesy of Alderson Broaddus Athletics.