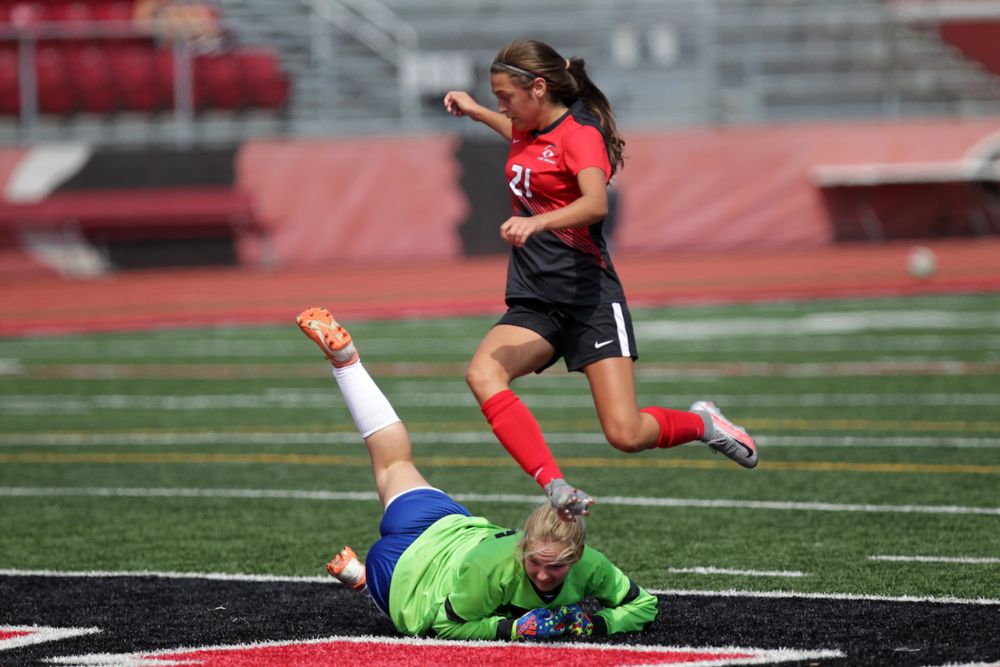 Through the first four games of the season the Bridgeport High School girls soccer team has been nothing short of dominant.
The only thing up for debate thus far is if the Indians have been more impressive on offense — 31 goals in four games — or on defense, where they have four shutouts.
First-year coach Sam McKinney is most impressed with the balance his team has shown thus far. 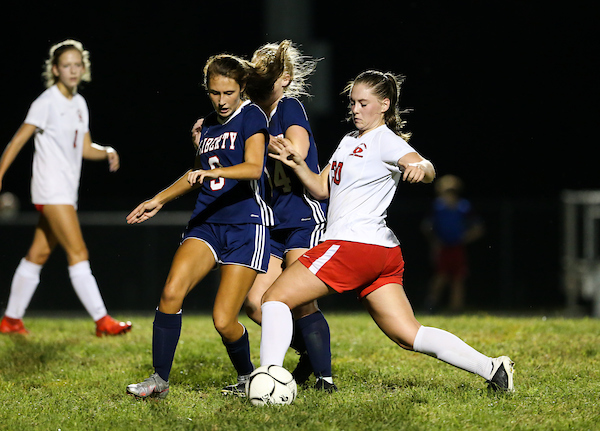 “It takes all 11 out there, if one person is out of sync it affects the whole team,” McKinney said. “It’s hard to signal out just one player on this team. There are a lot of talented girls and they just want to go out and play and win.”
In their most recent game, the Indians defeated Lewis County, 11-0, to run their record to 4-0 entering tonight’s game at home against Preston.
Just as McKinney talked about, the balance was on display against the Minutemaids. Gabby Reep and Ally Bender each scored a pair of goals and seven different girls had one goal. Charli Grafton and Kylie Bender each had two assists, while five other girls had one assist.
Other players with a goal were Anna Hutchinson, Kaylee Reed, Noelle Anderson, Emily Anderson, Braelynne Sandreth, Elizabeth Deniker and Grace Courtney. Hutchinson, Courtney and Reed had assists as did Maci Cook and Sarah Povroznik.
Previous to the Lewis County victory, the Indians played on natural surface for the first time this year and came away with a 7-0 victory against Liberty. 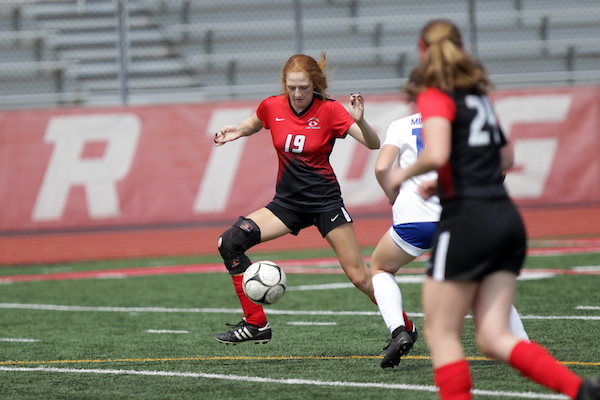 Against the Mountaineers, Sandreth and Emerson Grafton each had two goals. Cook and Ally Bender each had one goal and one assist. Deniker added a goal and Reep, Charli Grafton and Hutchinson had assists.
The BHS girls’ home opener against Robert C. Byrd, which also served as Senior Night, ended with a 6-0 victory. Sandreth had a hat trick with three goals. Emerson Grafton added a pair of goals and Ally Bender had a goal to go along with an assist.
Assists against RCB also went to Reep with two and one apiece for Charli Grafton and Kylie Bender.
The Tribe opened up the season with a 7-0 victory on the road against Fairmont Senior where Charli Grafton found the back of the net four times. Sandreth added two goals and Reep had one goal and two assists.
Courtney also had a pair of assists against the Polar Bears, while Kylie Bender, Ally Bender, Audrie Sprouse and Emerson Grafton each had assists. 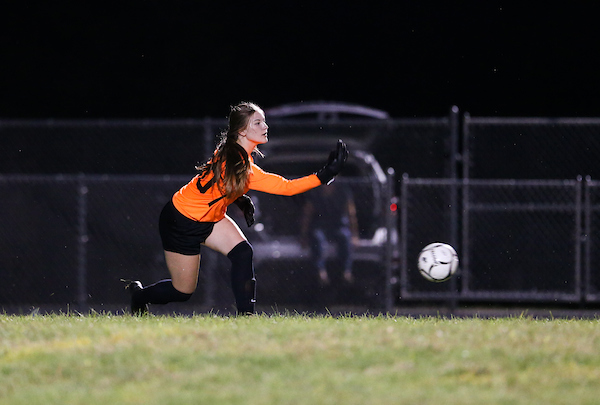 Through four games, the Indians have allowed only 14 shots on goal. MacKenzie Randolph, Brooklyn Randolph and Bella Aman have all seen action at goalkeeper.
Following tonight's contest with Preston, the Tribe will be on the road Thursday at Grafton.
Editor's Note: Top photo is of Gabby Reep. Second photo features Ally Bender. Third shows Braelynne Sandreth and fourth is of MacKenzie Randolph.
All photos by www.benqueenphotography.com