For as long as he can remember, Tyler Norman has had two specific goals in mind.
He wants to play soccer at the collegiate level and he wants to be a marine biologist. He recently made a big step in making them both come true. 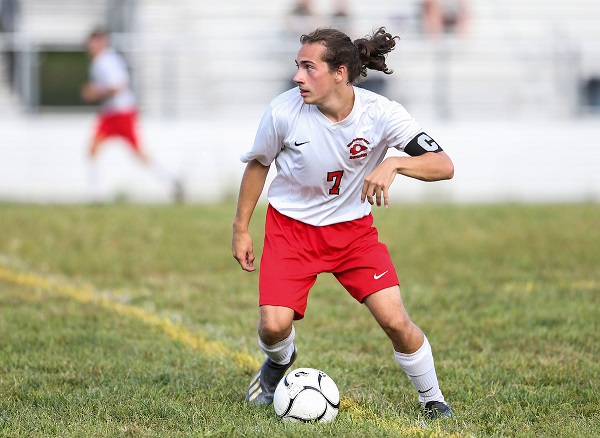 In late 2020, Norman, a senior standout for the Bridgeport High School boys soccer team, signed his national letter-of-intent to attend the University of Findlay in Findlay, Ohio.
A signing ceremony at the school is planned at a later date when some of the COVID-related restrictions are lifted.
“It’s always been my dream to at least play at the collegiate level,” Norman said. “When COVID hit, me and my Dad started to reach out to colleges but since COVID was getting worse and worse, colleges couldn’t really do any ID camps (typically a 1-2 day soccer camp where a player can meet with a college program and coaches).
“Findlay was one of the first universities to open up an ID camp and as soon as we found that out, we went there. We went and toured the college and the campus and it’s really beautiful.
“I don’t like having big university classes where it’s like 200, 300 students per lecture, it’s like 20 kids in each class (at Findlay), I like to get to know the professor on a friend level. I really like the aspect of small campus. When I got there both the coaching staff, every in admissions were so welcoming really felt like home as soon as I got there.”
It turns out, the Findlay men’s soccer team is also a pretty good team to be on when you want to be a marine biologist as well.
“The reserve coach for the soccer team is one of the head professors of the biology program,” Norman said. I met up with him and he told me all about how each year they choose a couple of students to go to South Africa to tag sharks and that’s exactly what I want to go into. That’s my dream. It’s a perfect fit.” 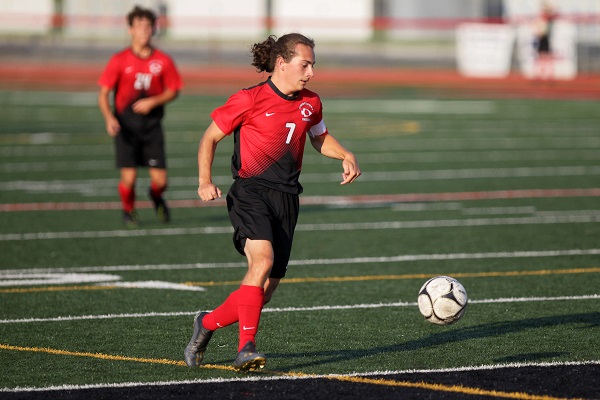 The opportunity to continue his playing career at the next level helped end his season on a high note after he was forced to miss the last handful of games because of a broken collarbone. Norman was a team captain for the Indians and had a goal and an assist before being sidelined with the injury.
“Tyler is the type of kid, anything that is asked of him he does it without question,” BHS coach Keith Dumas said. “He’s a good teammate and he’s a good leader. Unfortunately, his senior season was cut short because of an injury and I feel like he was just getting into his groove playing somewhat of a newer position. We had him as kind of an attacking midfielder because of his speed and his ability to score.”
Norman said the rehab for his injury is going well, just taking a little longer than originally thought. He said he’s working this winter to get back into better shape than he was prior to the broken collarbone and will likely continue into the spring preparing for collegiate level soccer.
“It was a real struggle when I broke my collarbone with four games to go,” Norman said. “As a team we still got a good bit of time together. The games got shuffled around a bit we played a decent amount of games. We played more than I thought we would when we started in the summer.
“Findlay is pretty far from home but I’m excited to meet new people and I’m excited for the opportunity.”
Editor’s Note: Photos of Norman courtesy of www.benqueenphotography.com