High school regional swim meets have generally always been considered the most important of the season as they are where you earn a spot in the state championships.
The level of importance has increased for 2021 thanks to a change in the state meet format brought on by the COVID-19 pandemic. 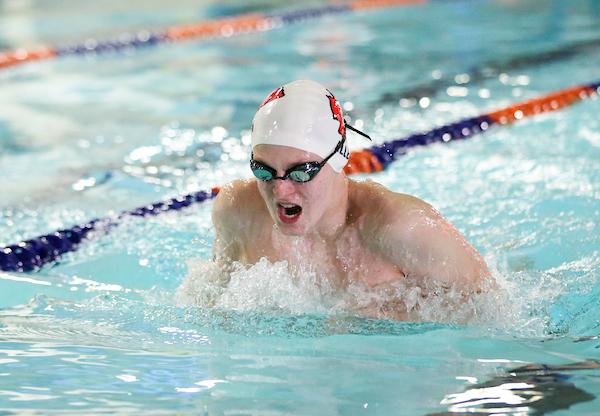 Normally, the state meet is a two-day event, the first day being for preliminaries and the finals on Day 2. Up until about two weeks ago, that was the plan for this year as well.
However, the West Virginia Secondary Schools Activities Commission has altered it to just one day (April 20) at the Mylan Park Aquatic Center in Morgantown. With no prelims, it will be timed finals based off results from each of the four regional meets.
Bridgeport High School will take part in the Region III meet on Saturday at Salem. Warmups are slated to begin at 10 a.m. with the actual meet scheduled to begin at 12:20 p.m.
The Indians will be favorites to win both the boys and girls regional team titles on Saturday as depth continues to be a defining trait for the program.
That depth was on full display in their last meet, when both squads captured Big 10 Conference titles.
The girls won the Big 10 with 224 points, while Fairmont Senior was the runner-up at 168. The boys captured the crown with 191 points, Elkins was second at 148. 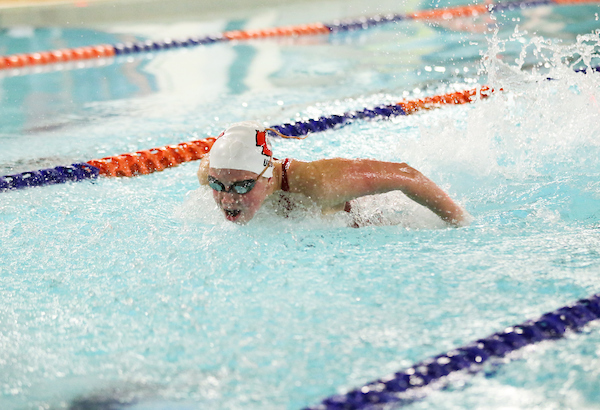 Additionally, the girls won three individual races with Olivia Urse finishing first in the 200 freestyle with a time of 2:00.18, Marra Johnson winning the 200 IM with a time of 2:23.64. and Cheyanne Rohde taking first in the 100 backstroke at 1:03.10.
For the boys, Marcel Rodriguez won the 50 freestyle at 23.29, Mason Titchenal took first in the 100 butterfly at 57.01, Luke Pinti won the 100 breaststroke at 1:04.15 and Randy Keener won the 100 freestyle at 49.12 and broke his own Big 10 record en route to a win in the 100 backstroke at 52.47 (the previous mark was 53.81).
The Tribe swept the relays and set a new record in the 200 medley as Keener, Pinti, Titchenal and Reed Smith swam a time of 1:42.21.
Pinti, Titchenal, Rodriguez and Reese Allen won the 200 freestyle relay at 1:36.25. In the 400 freestyle relay, Keener along with Titchenal, Rodriguez and Smith won with a time of 3:29.99.
The BHS boys have the state’s top times in all three relay events.
Qualifying for states at regionals will still be the same with the top three in every individual race and the top two relay teams automatically advancing. Also, in individual races, the next fastest 12 times from the four regions combined will go to states. For relays, the next 10 fastest times from the four regions combined will also advance.
In addition to Bridgeport, Region III consists of Buckhannon-Upshur, Capital, Charleston Catholic, Doddridge County, Elkins, Grafton, Herbert Hoover, Liberty, Lincoln, Notre Dame, Philip Barbour, PikeView, Riverside, Shady Spring, South Harrison, Robert C. Byrd and Woodrow Wilson.
In the 22 combined events, Region III features an athlete who has at least a Top 5 time in the state in 21 of them with 12 of them being No. 1.
Editor's Note: Top photo is of Reese Allen, bottom one is of Olivia Urse. Photos by www.benqueenphotography.com