A total of 20 Bridgeport High School athletes will take part in state track and field meet this week at Laidley Field in Charleston.
This year’s state meet looks a little different because of COVID restrictions and guidelines still in place. The event will actually take place over four days (June 9-12) rather than the usual two. 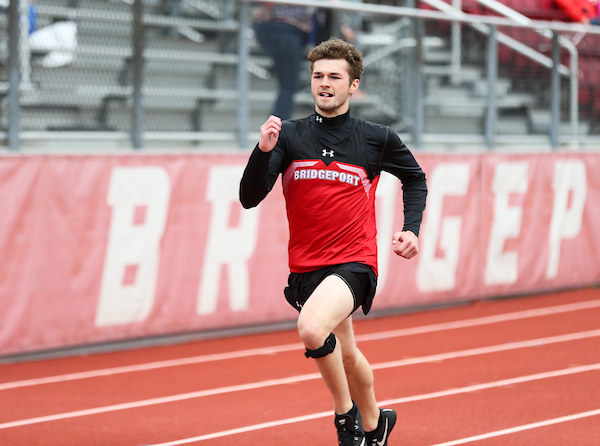 Also, the usual format of all three classes competing in the same day has been scrapped for a one class per day meet. But even that comes with an asterisk.
Basically, the Class A meet will be Thursday, the Class AA meet will be Friday and the Class AAA meet will be Saturday. However, two events for each class (the 400 meter run and the 3,200 meter run) will take place the night prior.
For example, Bridgeport’s Kyle McCarthy will compete in the Class AAA 400 meter run at 7:20 p.m. Friday, then join his teammates for the rest of the meet on Saturday.
"We asked them, 'How many of you have ever been to the state meet,'" BHS girls coach Ali Burton said. "And it was just a handful. The format is different but it's still the state meet."
Boys coach Grant Burton added that one of the great things about the state meet in a normal setting is just the sea of athletes from all three classes throughout the entire state competing in one place. That won't be the case this year but he's thankful that they are getting as full an experience as they can.
McCarthy is one of three BHS boys that will be competing in the maximum of four events at states. In addition to the 400, he will compete in the open 200 and be part of the Tribe’s 4x100 and 4x200 relay teams.
Lucas Anderson will also be part of the 4x100 team as well as the shuttles, the 100 and 200.
Ty Martin will be part of three relay teams – 4x100, 4x200 and shuttles – and will be the Indians’ lone representative in field events, taking part in the high jump.
Andy Miller and Cam Hess will both be in multiple relay events in Charleston. Miller is part of the 4x100, 4x200 and shuttles teams, while Hess is on the 4x200 and shuttles squads.
Rounding out the list of competitors for the Indians is the 4x800 team of Cole Bracken, Landon Burns, Sam Dodson and Bailey DeMoss. 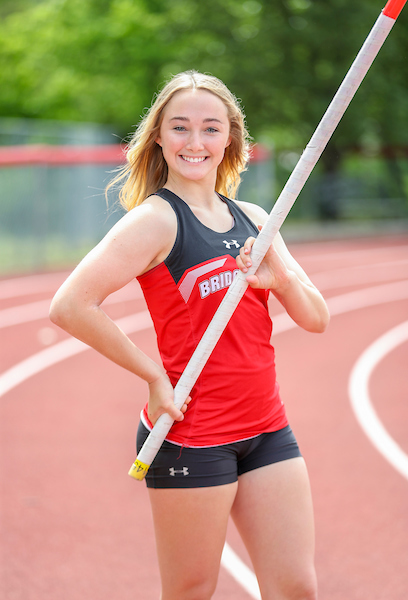 "I feel like we are prepared but we know, especially in the relays, we have some work to do," Grant Burton said. "I think we only have one relay in the hot heat, the rest are going to have to some work out of the slower heats. We were really hoping the shuttles team would get in the hot heat just based on what the times have been this year but then were four teams (at regionals) that busted out sub 60s.
"One thing about it with Region I being so tought, we kind of knew with who were going up against, we were running for times. That doesn't really change when we go to Charleston. We still have to run for time, take care of ourselves and hope that it works out."
For the BHS girls, Anaiya Jackson qualified in four events – the 100, 200, 4x100 and 4x200.
Sallyanna Hamrick will join her on the 4x100 and 4x200 teams and is the only BHS girl competing in a field event. Hamrick won the Class AAA Region I championship in the pole vault after clearing 9-06 and as far as the state meet field, only one competitor had a better height at regionals (George Washington’s Faith Smith at 10-00).
Grace Backus will be part of three relay teams – 4x100, 4x200 and shuttles. Caroline Deniker is slated to be part of two relays – shuttles and 4x800.
Seven other BHS girls will be part of one relay squad: Bailey Tomes (4x100), Sierra Moses (4x200), Alyssa Mazhar (shuttles), Jenna Wood (shuttles), Mira Blount (4x800), Kaitlyn Pappas (4x800) and Madison Looker (4x800).
"We qualified way more than we thought we would," Ali Burton said. "We were hopeful we would sneak in a couple of the relays, never thought we would get that many in. We've told them, it pays off being in a tough region because you know you have to run fast and get a good time because that's your only chance."
Editor's Note: Top photo of McCarthy, bottom photo of Hamrick courtesy of www.benqueenphotography.com