It’s a rare weekend off for the Bridgeport High School volleyball team, which is playing one of the state’s more difficult Class AAA schedules and participating in a top-notch tournament seemingly once a week.
It’s not for lack of trying as head coach Ali Burton tried to get into a tournament at George Washington High School today but it filled up before she could do so. 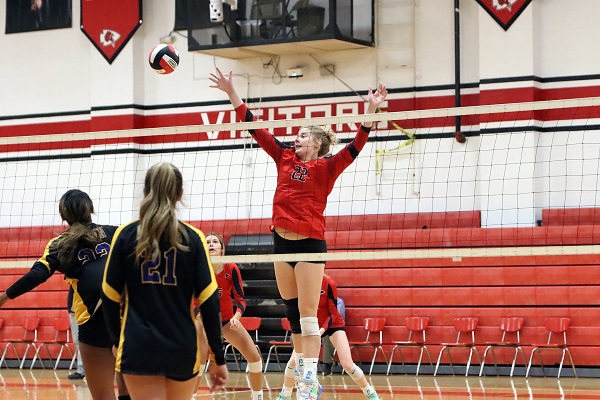 “Our girls wanted to play in tournaments this year, so we have been playing in a lot of them and seeing really good competition,” Burton said.
The Indians have fared well against the majority of that competition and have a 21-5-2 record following a sweep of Grafton and Lewis County in a home match on Thursday.
They weren’t threatened in either match, taking care of Bearcats 25-9 and 25-13 and the Minutemaids, 25-12 and 25-5.
Most of the points scored against BHS in the four games were self-inflicted – a kill attempt that sailed long, a serve that didn’t make it over the net.
“To keep the focus sometimes is a little difficult,” Burton said. “We’ve been working on that. They have to have short term memory and when they hit one long or hit one in the net, the’ve got to get the next one.”
Senior Alexa Martin and sophomore Myleigh Smell continue to lead the way for the Indians, showing the ability to make a play from any spot on the court.
Martin had nine kills, two assists, four blocks, three digs and five aces against Grafton and 11 kills, two blocks and five digs against Lewis County. 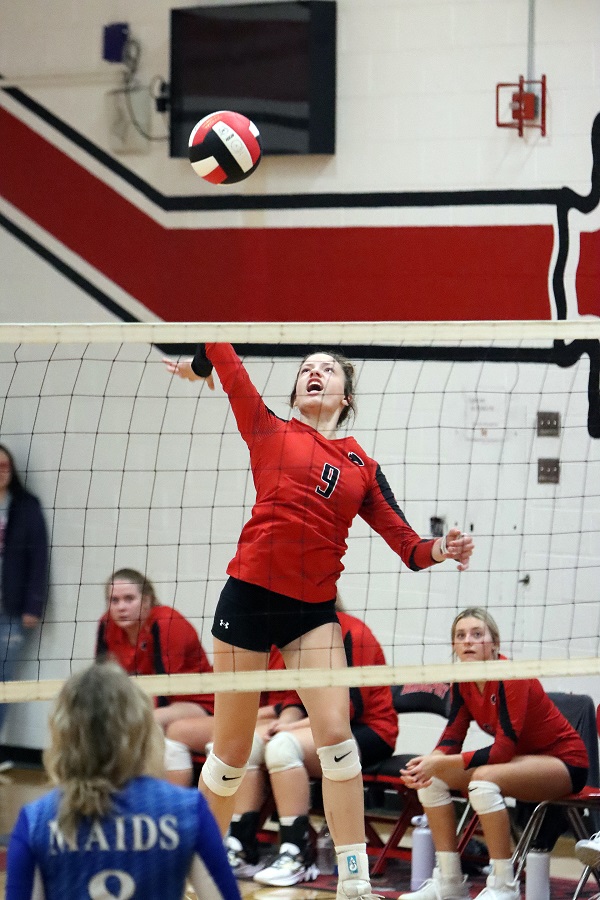 Smell finished with five kills, two digs and five aces against Grafton and put up seven kills, five digs and six aces against Lewis.
Ellan Sorine, the team’s junior setter, also continues to be a steady presence for the Indians. She had 14 assists against Grafton, 19 against Lewis as well as an ace in each match and three combined digs.
Also against Grafton, seniors Grace Backus and Bailey Tomes added four and two kills, respectively. Senior Joslynn Kirsch chipped in with three digs and two aces.
Yet another senior, Rebekah Mitchell, gave the Tribe a huge lift against Lewis County as she finished with four kills, one assist, three aces and one dig.
“Rebekah played really well against Lewis County,” Burton said. “She was really focused.”
Senior Jenna Wood had three kills against Lewis County and Tomes added another one. Sophomore libero Kaylee Enfield had three digs and an ace, while Caroline Deniker and Kirsch each had four digs.
Prior to Thursday’s matches, BHS split a tri-match will fellow Class AAA Region I foes Wheeling Park and University.
The Indians defeated the Patriots 25-17 and 25-10 but fell to the Hawks in three sets. UHS won the first one 25-20, BHS took the second one 25-21 and UHS won the deciding third set, 25-19.
Martin and Smell each had eight kills against Wheeling Park. Tomes and Backus each had one. Sorine had 13 assists. Martin had six blocks and Smell had six digs and three aces.
BHS had an unusual amount of digs against University with 40, including Martin and Smell each with 10 and Enfield with eight.
Martin also had 17 kills and seven blocks. Smell had six kills and Wood added five.
Last weekend the Indians played five matches in a tournament in Huntington and went 3-1-1.
BHS defeated Capital by a score of 25-17 in both sets. Martin had 12 kills, six digs and two blocks. Smell had eight kills and nine digs. Backus and Mitchell each had four kills. Sorine had 23 assists, five digs and two assists. Enfield had nine digs and two aces. Kirsch also had two aces.
The Indians tied against Parkersburg South, winning the first set 25-17 and falling in the second set, 26-24.
Martin had another dominant performance at the net with 16 kills and six blocks. Smell had three kills, five digs and two aces. Tomes, Backus and Mitchell all had one kill. Sorine had 19 assists. Enfield had eight digs and five aces. Kirsch also had eight digs.
BHS took care of St. Albans, 25-9 and 25-17. Martin led in kills with 11. Mitchell added five. Smell finished with four while Backus and Enfield each had two and Tomes had one. Sorine put up 20 assists. Martin had a team-best three blocks. Smell and Kirsch both had four digs. Sorine had a team-high three assists.
In a 25-21, 25-15 victory against Cabell Midland, Martin had 15 kills, two blocks and 10 digs. Smell had five kills and eight digs. Backus and Mitchell added three and two kills, respectively. Deniker also had a kill. 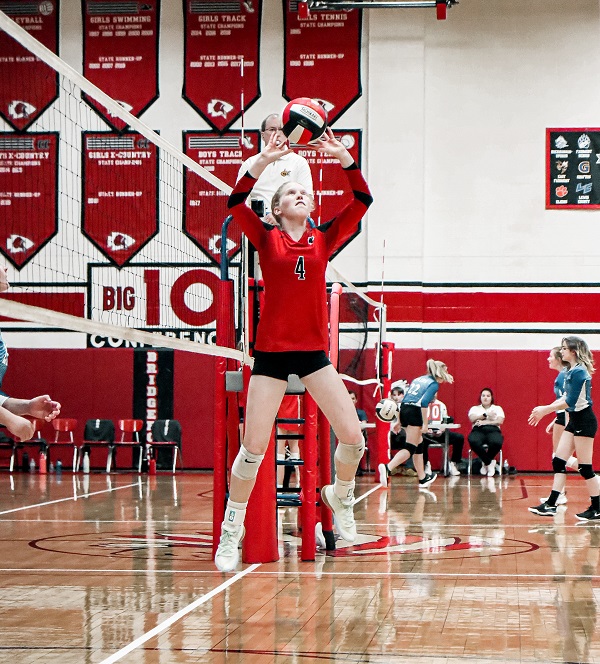 Sorine again led the way with 24 assists, while adding one block, two digs and two aces. Enfield had nine digs and two aces. Kirsch had five digs.
BHS and GW went three sets. Bridgeport took Game 1 25-17 and the Patriots took Game 2 25-21 and the deciding set, 16-14.
Martin finished with 15 kills, six blocks and six digs. Mitchell had three kills, two blocks, one digs and two aces. Backus had two kills and a block. Smell and Tomes each had a kill. Sorine had 20 assists and three digs. Enfield had 16 digs and two aces. Smell added nine digs and three aces.
Prior to that tournament, BHS was able to work in several JV players into a tri match with Elkins and East Fairmont. The Tribe won both matches. Backus and Smell each had six kills and Martin added five against Elkins, with Sorine finishing with 21 assists, Martin and Backus each having two blocks and Enfield serving for four aces.
Against East Fairmont, Martin had seven kills, two assists, two blocks and three digs. Backs had three kills and Mitchell and Tomes each had two. Sorine posted 12 assists. Mitchell, Deniker and Enfield all had two aces.
The Indians return to action on Monday with a trip to Philip Barbour to face the Colts and Fairmont Senior.
Editor's Note: Top photo of Martin, middle photo of Smell and bottom photo of Sorine by Joe LaRocca.