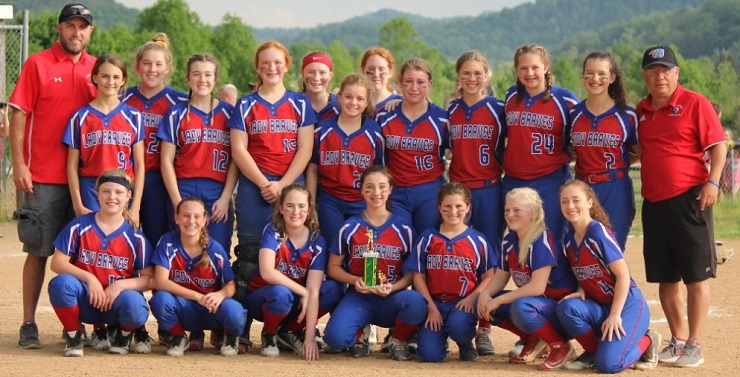 FROM BMS SOFTBALL COACH BILLY ESTOK
The Bridgeport Lady Braves and the Lincoln Lady Wildcats met for the third time on the season last Thursday. This time it was for the Harrison County Middle School 2019 Softball Championship. In their previous two meetings, Lincoln Middle School was the winning team.
As the number one seed in this year’s tournament, the game was played at the Lady Wildcats home field. The Lady Braves were the number two seed.
The Lady Wildcats scored a single run in the first inning and added five more in the second. After being held scoreless in the third inning, Lincoln tagged on four more runs in the bottom of the fourth to clinch the win and claim the 2019 middle school softball championship by a 10-0 score.
Delaney Haller, the Wildcats starting pitcher, pitched a complete game win for her team. The Lady Braves starting pitcher, Chloe Pethtel, also went the distance for her team but was tagged with the pitching loss. Her 2019 overall season record now stands at 7-4 and her postseason record is now 1-1.
At the conclusion of the game, the Lady Braves were presented with the 2019 Runner-Up trophy and the Lady Wildcats were given the championship trophy.
Editor's Note: Photo by Heather Clifton.