The state champion Bridgeport Little League 11-Year-Old All-Stars wrapped up their postseason by going 1-2 in three games at the Southeast Region Tournament of State Champions in Wilson, N.C.
Bridgeport’s final game ended with a 10-7 loss to Georgia. 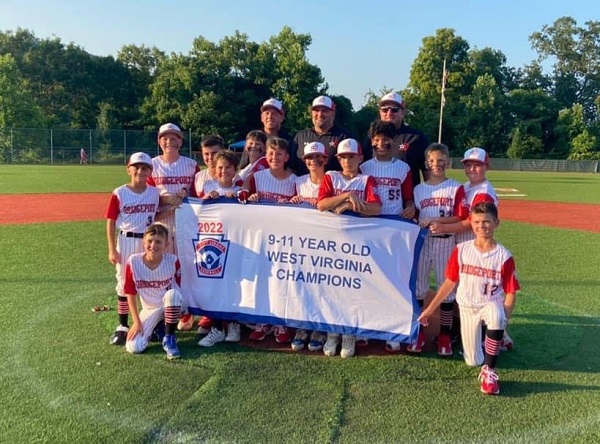 Jack Nicewarner led the offense with two hits in addition to scoring a pair of runs.
Easton McDougal had a double and drove in two runs. Lucca Spagnuolo also had two RBIs.
Alex Randolph, Zeke Swiger both had hits. Randolph and Matthew Hardy added RBIs and Evan Toot, Randolph, Swiger, Salvi Perris and Hardy all scored runs.
In Game 2, Bridgeport picked up a 9-1 victory against Tennessee.
Randolph had a bid day at the plate going 3-for-4 with two doubles, an RBI and two runs scored.
Swiger had two hits, including a double, and scored twice. Nicewarner had a pair of hits, drove in two and scored two.
Cam Duncan, Nicholas Piot and Merritt Messenger all had a hit.
Piot had a pair of RBIs and Root drove in one.
Root, McDougal and Messenger all scored a run.
On the mound, Randolph pitched five strong innings, allowing just three hits and striking out two, while Hardy closed the door with 1 shutout inning.
In their first game of the tournament, Bridgeport fell to Virginia 16-1.
Root and McDougal each had two hits. Nicewarner added one hit.
Root scored the team’s run.
Other 11-year-old all-stars that contributed to the team’s success both en route to the state championship and in theSoutheast Region Tournament of State Champions are Dominick Julian and Johnathan Lawson.