Back on Jan. 4, Robert C. Byrd strolled into Bridgeport High School after winning its first game of the season. Coach Bill Bennett’s Eagles had started the season 0-2 and had just managed to get a 69-37 win against Philip Barbour to find their way into the win column.
The goal that evening was almost certainly to get a second straight win and back to .500 in the early part of the campaign. And that’s exactly what happened.
In a game that was far from artistic, RCB pulled away late in a sloppily played contests for a 42-34 win. Since that time, the 15-4 Indians have won 10 of 12 ball games. 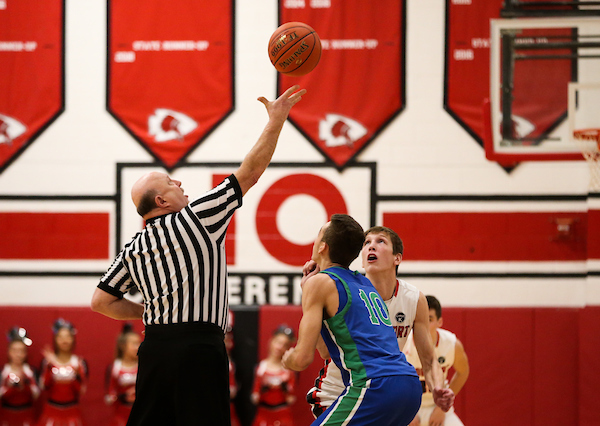 The Tribe’s run sounds impressive. And it is. The only problem is that Robert C. Byrd’s run since that early January contest is even better.
The Eagles have won 17 straight games. Even more impressive, only four of the contests have been wins that weren’t in double figures. Bridgeport Coach Dave Marshall knows his team is playing arguably the hottest Class AA team in the state this evening.
“They’re athleticism concerns you and they’ve been playing together at a high level of competition for so long now that you can’t show them or give them anything they haven’t seen or executed well against,” said Marshall. “I have great respect for Billy, and he has a team that’s smart with athleticism off the charts. Those kids can play and work well together. I’m concerned about an awful lot.”
Although Marshall prefers smooth flowing basketball with tough defense, many of Bridgeport’s games this year have been battles. Some of them, he admits, were like the first game between the two teams this year – far from a basketball clinic. Marshall said that may bode well in round two for his club.
“I think, for us, especially in a game like this, that type of game can only work for us because they like to get it out and go because they have more athletes than we do,” said Marshall.  “From the standpoint of it turning into a knockdown, drag out fist fight like many of these games have been over the years, I’m okay with it. Most of our games have been like that this year and we get it into that mode the better our chances are.” 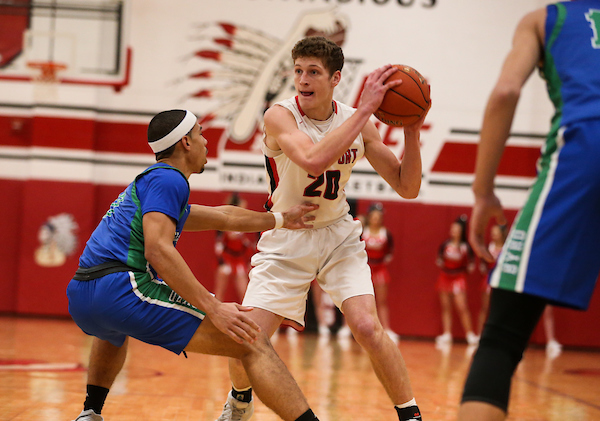 The Indians chances may be a bit better with Drew Hogue likely returning after injury. The Tribe also could benefit from having their most lengthy break of the season.
The Indians last game was Saturday. Bridgeport went on the road and beat East Fairmont in another battle to the end by a 54-50 score.
“I think, without looking at the schedule that it’s the biggest break we’ve had since the season started. I think the number of Saturday games we’ve played has made us stale a bit mentally and tired a bit physically, but I was really proud to see the push that to the side to get the win against East Fairmont.”
Bridgeport led 15-10 after one and 24-23 at the half. The Indians, who started the third slowly, managed to recover in time to be deadlocked 39-39 going into the fourth quarter.
The game was close late until the Tribe sealed it with free throws down the stretch. Nick Stalnaker hit three of four in crunch time and Josh Freeman pushed a two-point advantage to four with under 10 seconds left to seal it. 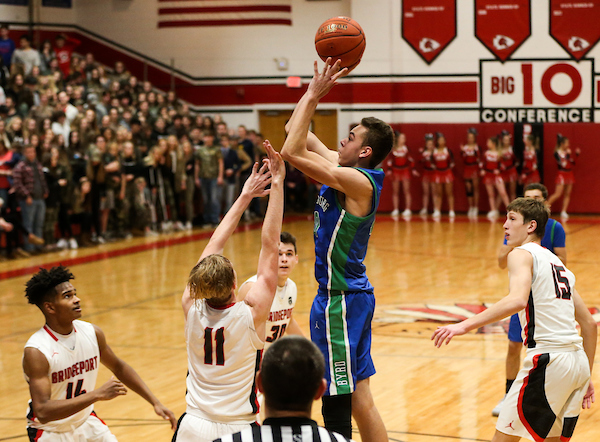 “It’s kind of broken record, but we won because we put forth a gritty effort,” said Marshall. “East put up a battle and can shoot the basketball. If you fall asleep on them, they’ll put the three in the hole.”
Marshall was pleased with several performances. He singled out Stalnaker for a “another gutsy effort,” Jack Bifano for “stepping up big in the second half on the glass,” and Freeman for “having another great defensive game.”
Bifano finished with 19 points and 11 rebounds. Stalnaker was just as impressive with 18 points and 12 rebounds. Freeman added eight points in the win.
Bridgeport closes out the regular season next week. The Indians host East Fairmont Monday and Fairmont Senior Wednesday. Both games start at 7:30 p.m.
Editor's Note: Photos from the January contest between Bridgeport and Robert C. Byrd by Joey Signorelli of Ben Queen Photography.