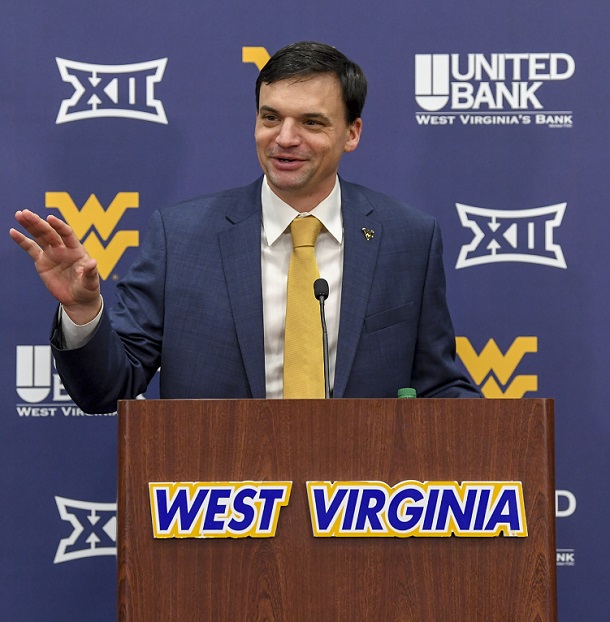 I can tell you that when we had the opportunity to speak with Brooke and the coach, very infrequently do you know what is right. Very infrequently do you know how this is going to work. We sought. We believed in it. He believed in us. Brooke believed in us. We had the most wonderful conversation, and for that, we are grateful.
West Virginia University is a place of purpose. I tell everyone if you don’t believe in purpose, if you don’t believe we have a special calling, if you don’t believe in the ministry of West Virginia and its University, then please don’t come here. This is a place of purpose, and we are also a place of inspiration. Today that is what we are celebrating. We are celebrating family. We are celebrating 1.8 million West Virginians. We are celebrating the West Virginian’s around the world who take great pride in this state, and we are celebrating the newest of our family, so coach, welcome to you, and welcome to your family. I am not very good at babysitting. I’m a grandfather. I go and visit them and Uber back to the hotel. We are honored to have you here, and we are honored to have all of your family. Thank you very much for making this decision. This is a special day for West Virginia.
Director of Athletics Shane Lyons
Thank you to everyone for being here today. Like Dr. Gee said, it is an exciting day to be able to introduce a new football coach in West Virginia, Mountaineer football history. It’s also exciting to begin a new chapter in West Virginia football history.
As we started this process, we were obviously looking for a coach who could come in here and fit us as an institution. I do want to recognize Brooke, Adalyn, Anslee and Dax to the family. As Dr. Gee said, this was a family affair as we started this, and they definitely bring every quality in a family that we can think of. I want to thank Dr. Gee for the process. We moved very swiftly on this. His support and making this happen in a quick manor. We worked hand-in-hand to make this happen as swiftly as we could. I also want to thank Bill Wilmoth and David Alvarez of the chair and vice chair of the board of directors for their support. Also, from Dr. Gee’s team, there were a number of people that we had conversations with in the process for their support along the way as well.
From athletics, my right hand (deputy athletic director) Keli Zinn. I could not do this without her and her work behind the scenes of the day-to-day grunt work in the trenches, finding out about coaches and the information. Along with (executive senior associate athletic 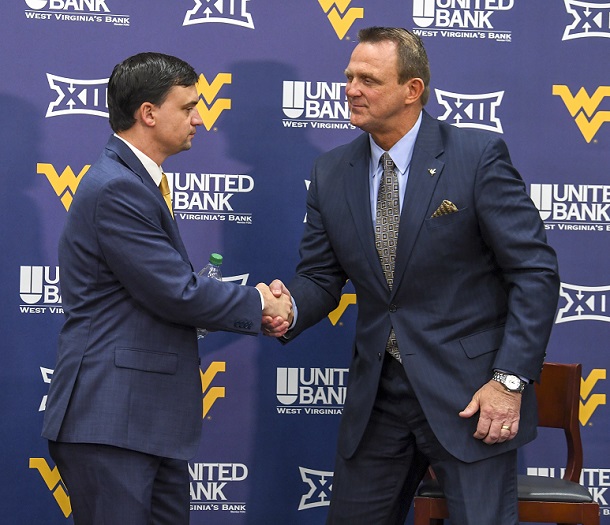