The last time Larry “Rabbit” Snider got out of coaching was back in 2012. At that time, he was coaching a successful Robert C. Byrd softball program and didn’t necessarily want to leave.
However, family priorities took priority when he had to care for his mother who was in failing health and would pass away. As is often the case, the coaching bug returned and when Bridgeport’s softball coaching job opened, the retired teacher decided he didn’t want to stay retired coaching. 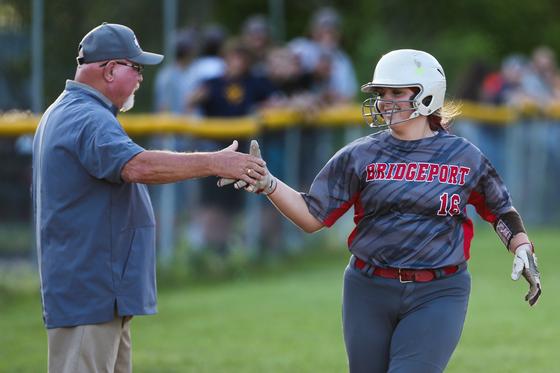 Snider put his name among the candidates and, with a background hard to top, was chosen by the BHS administration. Since that time, Snider’s teams have been consistently among the best in the area and state, but that’s about to change.
Not necessarily the success of the team, but who’s coaching it. For the second time, Snider is stepping away. The good news is that this time there are no family health issues – or personal health issues – involved.
“I’ve coached for it seems like 50 years,” said Snider. “I think it’s about enough and time to let someone else handle things.”
It should be noted there are family reasons that helped shape the decision. And it’s a good one.
“I’ve got a grandson playing ball and wanting to spend more time there and with my grandchildren was a factor,” said Snider. “It was time for several reasons.”
Although the softball season doesn’t begin until March, the team would be conditioning already. Snider, who resigned quietly way back in May, said he would have already been involved in lifting and conditioning that begins in December and runs through the winter months. 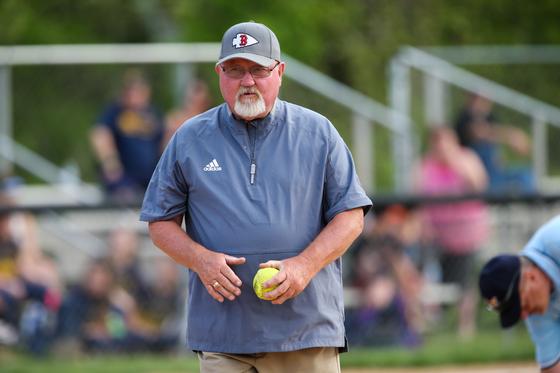 “I missed that a little bit. I know I’ll miss the game,” he said. “To help a bit, I’ve been working with some girls on pitching and I hope to do some clinics. That helps keep me connected and will make the transition from coaching an easier one.
Snider’s teaching and coaching odyssey began back in 1977 at North View Junior High School. He coached football, basketball and softball. After his time there, he headed to Roosevelt-Wilson High School as the volleyball and baseball coach and the school’s athletic trainer.
Washington Irving was also a pit stop on the journey – both as a high school and middle school. At WI, he coached softball and volleyball and was again the trainer. He gave up volleyball when the seasons changed in order to remain as the school’s trainer. His final stop before RCB was back at WI, but as the girls’ head basketball coach where his brother – the late Paul Snider – was his assistant. Ironically, 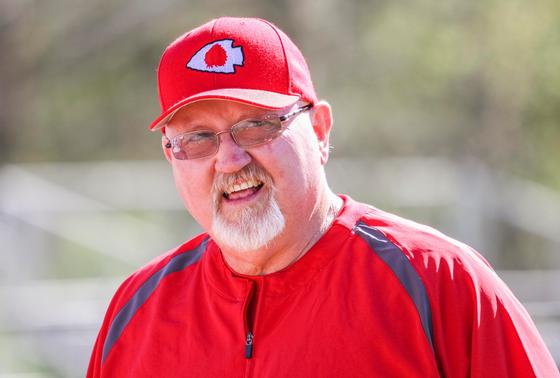 he was his brother’s assistant for the boys.
While his resume is varied, his love is softball. He began playing at the age of 13 – in 1961. He competed, thanks to his neighbors, at Willow Beach as an outfielder. He learned the game, said during an interview when hired at BHS in 2016, by trial and error.
Eventually, he found a team where he could pitch. He played for the old Log Cabin Supper Club team in Salem and pitched fast pitch for 20 years. He pitched until finding a team became the issue but stayed aboard as a coach.
As for any spare time, Snider is sure he’ll fill it. For those who aren’t aware, Snider is a prolific golfer – frequently recording more rounds of golf than any golfer in West Virginia – and spent time earlier this month golfing in and around Orlando.
“I don’t know if I can get any more golf then before because I golfed in the morning, came in, would go to the field and go to the ball games,” he said. “I guess I’ll add a little bit of golfing time in the evening now.”
The bulk of any free time will be spent with his grandchildren.  He has one who recently graduated from Fairmont State University, one who is a junior in high school and the youngest is in seventh grade and is the grandchild playing ball.
“I really enjoy seeing my grandchild compete,” Snider said. “It’s extremely satisfying.”
Snider also found his time and BHS satisfying.
“I really enjoyed my time at Bridgeport immensely. It’s such a great community atmosphere and you get support from the administration and staff to go along with great kids,” Snider said. “I’ve been fortunate everywhere I’ve been to have great kids, great parents and community support. That’s something that made stepping away difficult.”
Snider has been replaced by Steve Howard. You can read about his hiring HERE.