There were 22 squads and many of them had full teams participating. That, however, didn’t stop Bridgeport from making yet another strong wrestling showing. 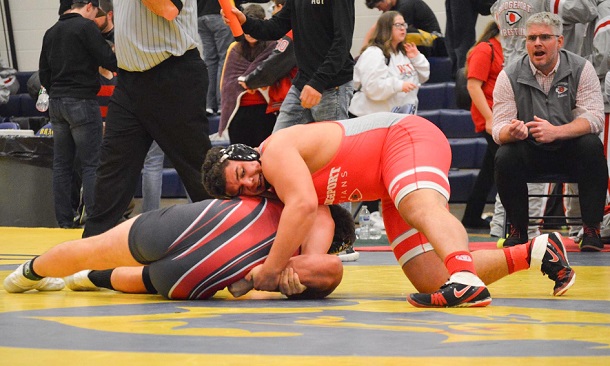 This past weekend, Bridgeport finished in sixth place at the Cameron Alumni Invitational.
“The Cameron Invitational was a big tournament. I added it this year because of its reputation of being competitive.  It featured some strong Northern West Virginia teams, most of which we have not seen,” said Coach Chris Courtney.
That didn’t stop the team from doing well. And neither did having several wrestlers out for 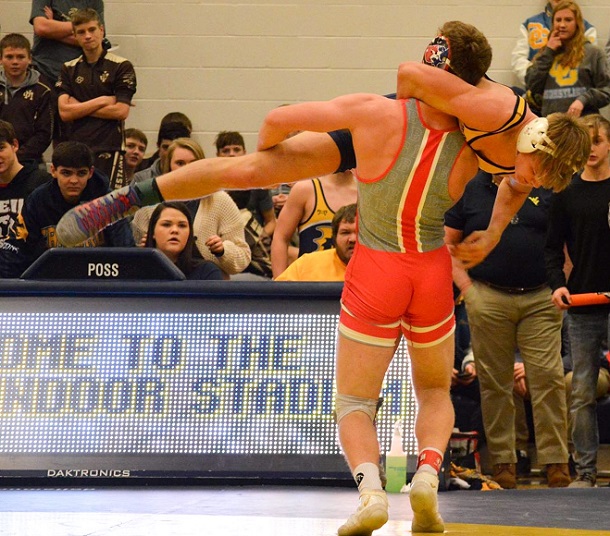 various reasons along with not having a wrestler in every weight class.
“Kemo (Summers) and Derek (Starkey) set out for illness,” said Courtney. “I medically defaulted Addison (Courtney) after his first match due to continued medical issues.”
Those three, it’s safe to say, would have provided some wins and ultimately some points. Even with them out, the Indians had more than one wrestler do extremely well in a meet that was won by John Marshall with Oak Glen and Fairmont Senior finishing second and third, respectively. Counting Addison Courtney, BHS wrestled in just nine of 15 classes and still was near the top of the leaderboard.
BHS did take two first place finishes. Austin Gibson won at 160 and Kavaughn Summers was the winner at 220.
“They are in a good place and wrestling with a purpose. They are doing a good job accepting our criticism and fine tuning their approach to wrestling,” said Courtney. “I am not a win-loss type of guy. I want them to be leaders and continue to improve up until their last match of 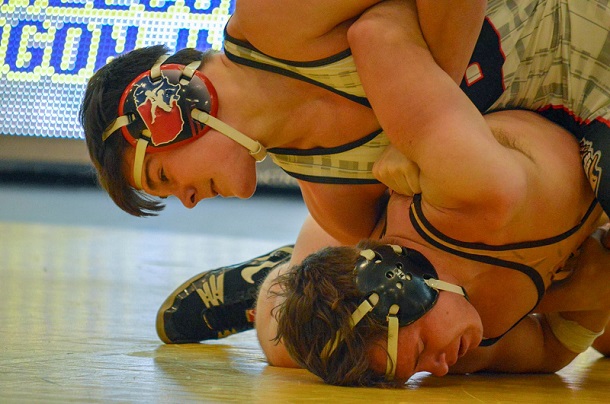 the season.”
If Courtney was a “win-loss” guy, he’d also be pleased. Summers is 15-0 and Gibson is 13-0.
Bridgeport also had two wrestlers finish in second place with 5-1 marks on the day. Aidan Gibson (145) and Josh Wojciechowicz (170) were both in the runner-up spot.
“They put on a solid performance and followed our game plan. They are wrestling so much better now than a year ago,” said Courtney. “I know their potential and plan on helping them find it by the end of the year.”
Courtney said the team took advantage of those missing. Several younger members of the squad were able to compete with Bladen 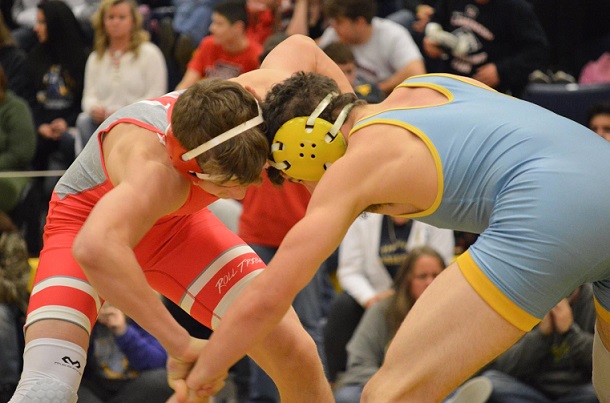 Roush making the most noise at 132.
“Bladen Roush filled in for Kemo and battled.  We love his effort and attitude as a freshman.  He was one of five varsity wrestlers who made it to the semifinals … We were able to take members of our B team.  JT Muller, Enrique Muñoz, Brice Carnes, and Clayton Hammond all performed very well,” said Courtney. “A wrestler may judge his performance in wins and losses, but as coaches we have seen significant growth with all of our first year guys. We are very proud of them.”
Courtney, who has a long background in wrestling, has been preaching that improvement shouldn’t be limited to the mat. In fact, he said it is part of the team’s mission.
“Our mission as a team is to simply ‘get better each day.’  Not only on the mat, but at home, school, and in the community.  If they each focus on what they can do to be better wrestler, teammate, and person, then we will get better as a team. After completion of another week and competition, I feel we are headed in the right direction. They are all are rising to the occasion,” said Courtney.
Bridgeport is back in action Friday and Saturday in Marion County. The teams will take part in the annual Winner’s Choice Meet.
Editor's Note: Photos courtesy of Jodi Muller.