By Connect-Bridgeport Staff on September 20, 2022

The FBI Jerry Dove Memorial 5K is quickly approaching. Runners are set to hit the pavement on Saturday, September 24, 2022, at the FBI’s Criminal Justice Information Services (CJIS) Division campus.
Registration is still open for runners and walkers of all ages. Participants are encouraged to sign up for the event prior to race day.
The FBI Jerry Dove Memorial 5K is dedicated to the memory of the late Special Agent (SA) Jerry Dove and to all law enforcement officers, firefighters, military personnel, and others who were killed while serving in the line of duty.
The roadway where the 5K occurs is named in honor of SA Dove, a native West Virginian. Prior to his FBI career, he was attached to the 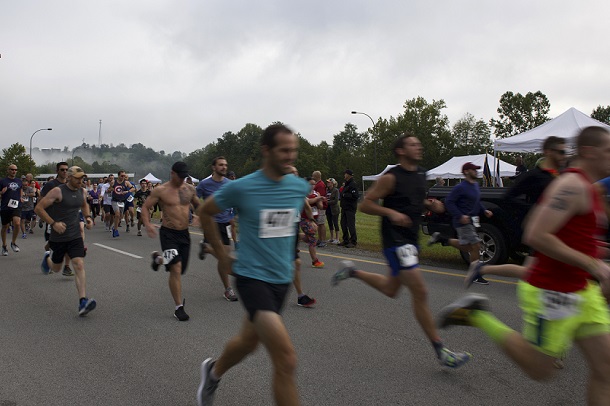 West Virginia State Police as an Attorney Advisor while employed by the West Virginia Office of the Attorney General. While assigned to the FBI’s Miami Field Office, SA Dove was killed in the line of duty in a shootout with two serial bank robbers in the infamous “Miami Firefight” on April 11, 1986.
SA Ben Grogan was also killed. SA Dove has been honored for his heroic actions at numerous memorial services in Miami, the District of Columbia, and here in Clarksburg.
Anyone interested in pre-registering can do so online at https://runsignup.com/Race/WV/Clarksburg/FBIJerryDoveMemorial5K. Registration will also be held on race day from 7:00 a.m. until 8:30 a.m. at the FBI Visitor’s Center, I-79, Exit 124, Jerry Dove Drive. All packets must be picked up before 8:30 a.m. on race day.
There is a $25 registration fee for the 2022 FBI Jerry Dove Memorial 5K, which will start at 9 a.m., and a $10 entry fee for Kids-K participants. The Kids-K races are 50 or 100 yard-dashes (depending on age) and are for children 10 and under. The Kids-K will start following the completion of the 5K, at approximately 10 a.m.
Please note: No bicycles, strollers, or roller blades will be permitted. Cameras are only allowed at the start and finish line area.
The FBI Jerry Dove Memorial 5K is sponsored by the FBI CJIS Citizens Academy Alumni Association. A portion of the proceeds goes towards scholarship funds.