By Connect-Bridgeport Staff on January 20, 2023

West Virginia University football coach Neal Brown has announced the hiring of Blaine Stewart as the tight ends coach on the Mountaineer football staff.
“Blaine Stewart is no stranger to West Virginia University football. His father was a part of this program for 11 years, including three as the head coach, and Blaine grew up around Mountaineer football. I am happy to welcome him home,” Brown said. “He has worked with multiple 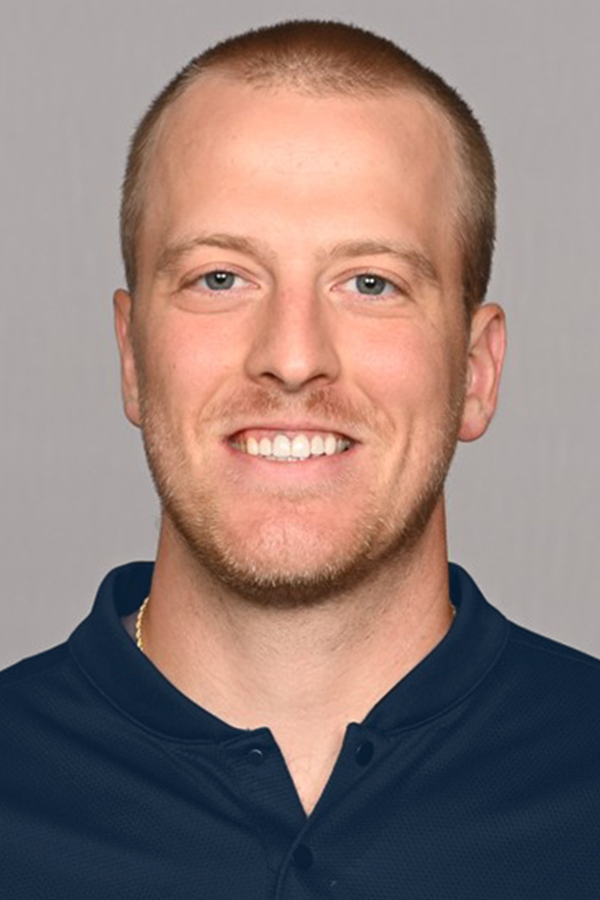 position groups, coordinators and offensive systems with the Pittsburgh Steelers to go along with their special teams. I have a tremendous amount of respect for coach Mike Tomlin and the entire Steelers organization and Blaine comes highly recommended.
“He builds relationships, and you can tell that he is the son of a coach. He knows and has worked with members of our current coaching staff in the past which will also be an asset. His enthusiasm and love for this program will be contagious.”
Stewart comes to the Mountaineers from the NFL’s Pittsburgh Steelers, where he has worked as the assistant wide receivers coach for the past two years. In that role, he assisted in game plan preparation and installation, coached the defensive scout team, broke down opponent film and conducted self-scouts. He assisted a wide receivers room in 2020 that included rookie wide receiver Chase Claypool, who led all NFL rookies in touchdown catches (9) and finished second among all rookies in total touchdowns (11).
From 2018-20, Stewart was a coaching assistant on Mike Tomlin’s staff in Pittsburgh, and he brings a total of four years of NFL experience with him to Morgantown.
In his first two NFL seasons, he worked with the offense and special teams and was responsible for quality control of the entire offensive unit. He coached the defensive scout team, compiled weekly offensive installation plans and produced opponent scouting reports. Stewart also played a significant role in leading the wide receiver position group during a coaching vacancy as well as helping the personnel department prepare for the NFL Draft and free agency.
During his four seasons with Pittsburgh, the Steelers were the AFC North Champions in 2020 and made the playoffs twice. He coached three Pro Bowl receivers in Antonio Brown, JuJu Smith-Schuster and Diontae Johnson. The Pittsburgh publication Steelers Depot listed him as a rising star on the Steeler coaching staff.
In January 2020, Stewart coached the West quarterbacks at the East-West Shrine Bowl, leading individual meetings and being involved in all aspects of offensive installation, game planning and practice schedules.
“I am so thankful to Coach Neal Brown for the opportunity to return home to a program that means so much to me and my family. West Virginia will always hold such a special place in my heart,” Stewart said. “It is an honor and privilege to come home to represent not only the University, but the entire state. I am ready to get to work to provide a product that Mountaineer fans will be proud of on and off the field.”
Stewart started his collegiate playing career at James Madison (2013-15) as a wide receiver and holder for coaches Mickey Matthews and Everett Withers. He finished his playing career at the University of Charleston (2016-17) where he was coached by former Mountaineer football staff member Pat Kirkland. He earned two varsity letters at each school for a total of four as a collegiate player.
He received his bachelor’s degree from James Madison in 2016 and a master’s degree from Charleston in 2017. Stewart played high school football at Morgantown High School for Coach John Bowers and captained the 2013 West Virginia OVAC All-Stars who defeated the Ohio OVAC All-Stars at Wheeling Island Stadium. While at MHS, Stewart also played baseball and ran track.
He is the son of the late West Virginia head football coach Bill Stewart, who led the Mountaineers to a 28-12 (.700) three-year record from 2008-10. His mother, Karen, still resides in Morgantown.
Current tight ends coach Sean Reagan will now switch to coaching the quarterbacks in 2023, which is a position he held on Brown’s WVU staff from 2019-21.