When Mason Williams arrived in Daniels on June 23 for 2020 West Virginia Open, he was happy just to be playing in a golf tournament. 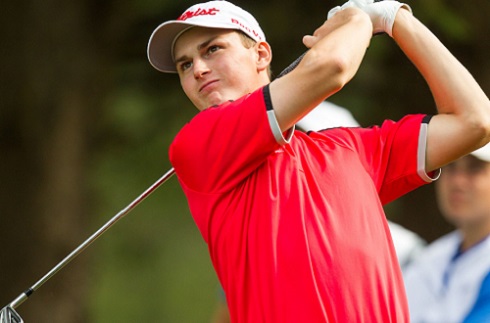 The former Bridgeport High School state champion and current Georgia Southern standout has had no issue finding a course to play on but thanks to the COVID-19 pandemic it had been more than three months since he played a round of tournament golf.
“There’s no real comparative to tournament golf,” Williams said. “You may have made 600 two-footers in your life but when you have one that really matters that you need to make it just feels a little bit different.
“Whenever you go out and play with your buddies and you are just playing for lunch or something like that, you are kind of just trying to make a bunch of birdies. You don’t really care how many bogeys you make. Whenever you play in a tournament, you are trying to limit your shots. Sometimes par is really good, even if you get beat on that hole, it saves you a shot in the field.
“It’s hard to really grasp the difference between tournament golf and regular golf other than just that every shot means a little more so there is a little bit of added pressure on each shot. It makes you think a little more about everything.”
On March 3, Georgia Southern won the Colleton River Collegiate tournament — an event where Michigan State was the host school — and Williams played a huge role, finishing at -4 under which was good for a third-place tie. It marked his second-best finish at the collegiate level, following a tied-for-second finish at -13 under at the JT Poston Invitational during the fall portion of the Eagles’ schedule. 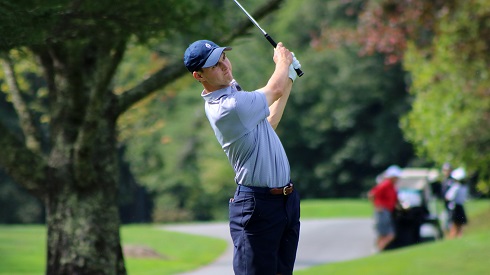 Williams and his teammates were prepping for their home event, the Schenkel Invitational, which was scheduled for March 13-15 when the coronavirus changed everything.
“I drove home on March 14, that’s my birthday,” Williams said. “So I made the 10-hour trek back on my birthday. Whenever I came home, they announced we were having another week of spring break. Normally, our spring break is just one week and our golf team we really don’t get one because we are playing our home event or an event somewhere else.
“I was under the impression we were going to come back, so I packed one suitcase and had two pairs of shorts, three shirts. I had to live off that for a while. I think they canceled it after the first week of the original spring break, that’s when they declared we were going to go online for the rest of the semester.”
That of course also meant a premature end to his sophomore golf season with the Eagles. Including the Schenkel Invitational, three regular-season events were called off as well as the Sun Belt Conference championships.
Fast forward to the WV Open and there were little, if any, signs of rust in Williams’ game. He was in striking distance of the lead after shooting a 72 on each of the first two days of the Open. The final day, he shot a 74 and still finished an impressive tied for 11th overall.
“I had a good week,” Williams said. “I’m not disappointed. You finish 11th in your state open, that’s a solid week. The last round was the only round that kind of got away from me and it was really only one bad hole. And I really didn’t hit that terrible of a golf shot on that hole.
“What you shoot is what you shoot. No one can question that. That’s why golf is one of the greatest sports ever. I went in with no expectations because I hadn’t played competitive golf in a while. It was just so much fun to play in that event. I saw a bunch of guys I hadn’t seen since the Am (West Virginia Amateur) which was nine, 10 months ago. It was so cool to catch up with everybody.”
During the 4th of July holiday weekend, Williams made a trip down south where he joined some of his collegiate teammates in competing in the Golden Isles Invitational in Brunswick, Ga. He finished tied for fourth after finishing with a 204 (-12 under). 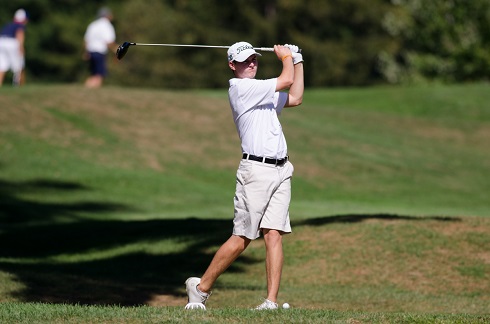 Next up is the WV Amateur, where he will not just be a competitor but is the defending champion. Last year, Williams won the 100th edition of the event, becoming the youngest golfer to win it since 1966. En route to the title he tied the course record for a single round at The Greenbrier’s Meadows Course with a 64.
This year’s WV Amateur is scheduled for July 28-31, once again at The Greenbrier.
Williams said depending on when he would have to be back to Georgia Southern for the fall semester (baring anymore COVID-19 obstacles) he would like to also compete in the WV Four-Ball, Aug. 8-9, at Snowshoe.
“I want to be in contention every single event I play in,” Williams said. “I don’t feel like I have to prove myself. I don’t think anybody has to prove themselves. Hopefully I continue to shoot some good scores and hopefully win a few more titles.”
Editor's Note: Top, bottom photos by www.benqueenphotography.com. Middle photo courtesy of Georgia Southern Athletics