From Fairmont Senior to WVU, Darius Stills Heads to Florida to Prep for Next Football Step into the NFL

By Connect-Bridgeport Staff on January 21, 2021

In this report from MetroNews, three-and-a-half years after arriving at WVU and breaking into the defensive lineup as a true freshman, Darius 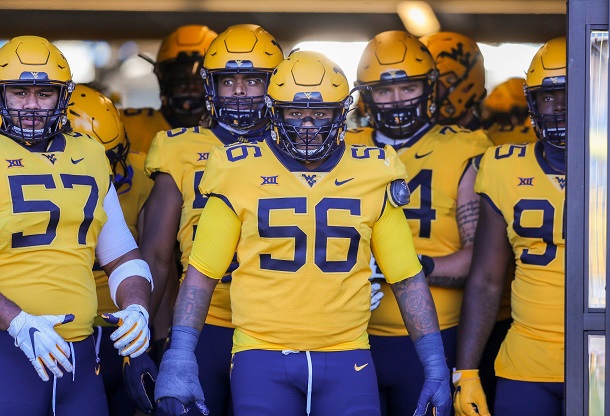 Stills has left Morgantown to embark on the next chapter of his football journey. Like many NFL hopefuls, Stills has gone south to train for pre-draft workouts. The Fairmont Senior High School graduate is in his third week of intensive training in Fort Lauderdale, Fla.
He could have elected to begin his pre-draft preparations about a month earlier. But going against the trend of some top professional prospects, Stills opted to play in WVU’s bowl game. He helped the Mountaineers to a 24-21 win over Army in the Liberty Bowl.
“I couldn’t imagine having my teammates out there without me, especially going against a team like that or any other team,” Stills said. “I remember in my sophomore year, a couple of the guys opted out. We all kind of felt like we were lost. I didn’t want my teammates to feel that way about me. I am a ball player. I will play anywhere, anytime. I am glad we finished that game off strong.” 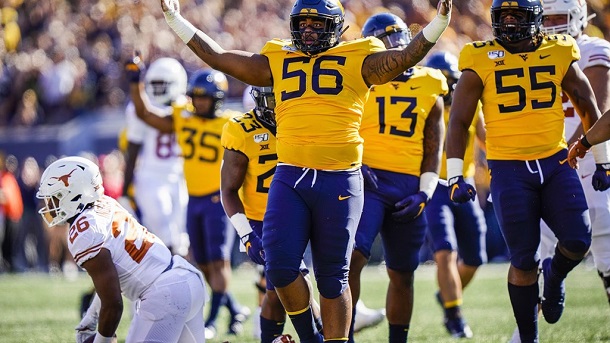 Stills’ name was well-known throughout West Virginia late in his high school career yet he wasn’t attracting a high volume of interest from ‘Power 5’ schools. That fact never escaped him.
“I knew what type of football player I could be. I knew if I just worked hard at that, I would get there. I am not there yet. But I know I am very close.
“It fueled that fire and made the chip on my shoulder bigger. I am the type of guy that likes to prove people wrong. The best feeling is not to seek revenge, but just to succeed.”
Stills played in 21 games during his freshman and sophomore seasons in 2017 and 2018. But he thrived in his junior season, following the transition in coaching staffs from Dana Holgorsen to Neal Brown.
Click HERE for the rest of the story.
Editor's Note: Photo at top by Ben Queen of Ben Queen Photography, while bottom photo is courtesy of WVU Sports Communications and taken by Chuck Myers.