Getting to Know Lauran Johnston; Question and Answer Session with Standout Cheerleader 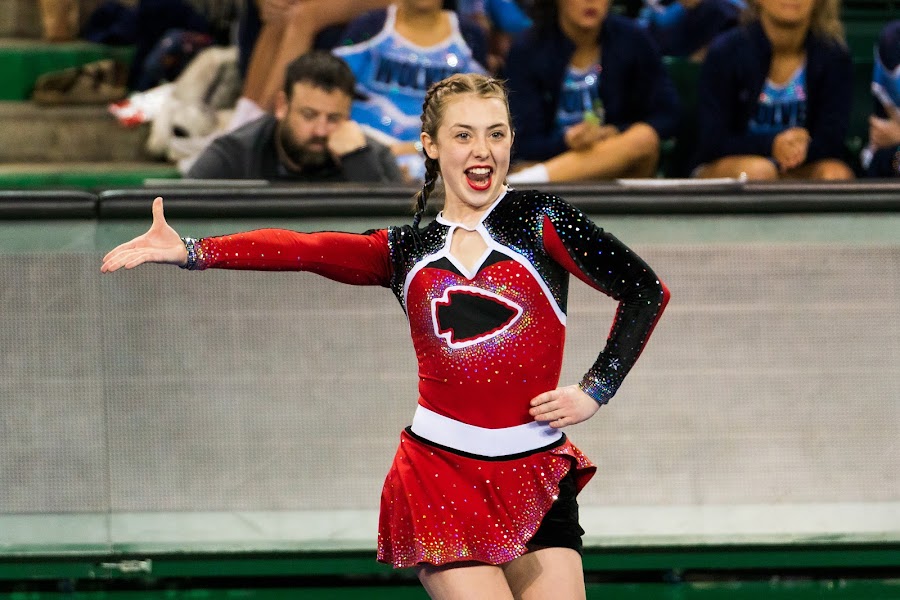 What’s your favorite movie?
Grease
Who is the best high school cheer team you have competed against?
Wheeling Park
Favorite subject in school?
Math
Any pre-event superstitions or rituals? 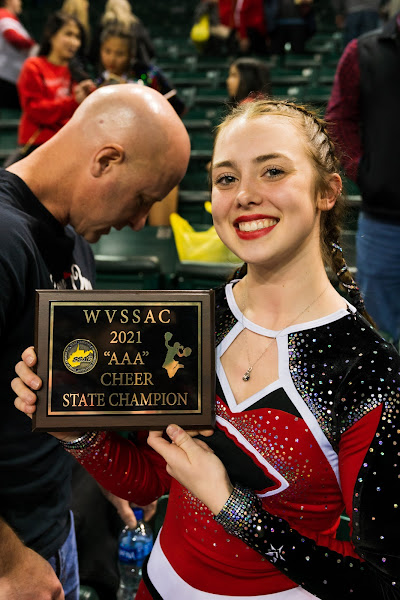 We eat pixie sticks and I eat a banana.
What competition of your career sticks out the most?
States this year (early December when the Indians won the Class AAA state championship).
How do you best describe Coach Hathaway?
Driven
Celebrity Crush?
Tre Jones (plays for the San Antonio Spurs) or (actor) Timothèe Chalamet
What’s more exciting, cheering at a game or competing in a competition?
Competing
Who’s the funniest cheerleader on the BHS cheer team?
Riley Lanza
If they would let you have a walk-up song, what is playing?
It’s All Coming Back to Me Now by Celine Dion.
Where’s one place in the world you have never been to that you would like to visit?
Italy
Favorite holiday tradition?
For Christmas, everybody in my family makes an ornament and puts it in a paper bag and we tell a story that has left and right in it and just spin it around and everybody gets it out and guesses.
Favorite meal?
Steak
Favorite pro or college athlete?
Jevon Carter
Favorite pro or college team?
The Navarro Cheer Team
The coolest animal at the zoo?
The bears.
What’s one thing it seems like everybody you know likes but you can’t stand?
Watermelon. I can eat it, but I don’t like to.
The best thing on TV right now is what?
New Girl 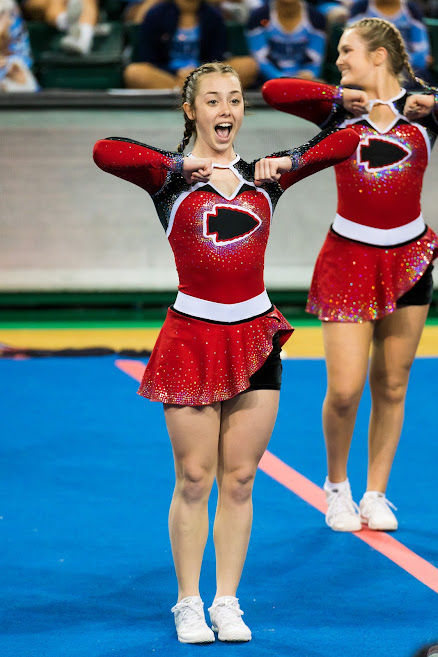 You wake up to a bunch of snow on the ground, do you go outside and play or stay in where it’s warm?
Stay in where it’s warm.
What’s the best Christmas present you received this year?
A Kendra Scott necklace.
Any New Year Resolutions?
Stop stressing over things I can’t control.
What’s the biggest thing about cheerleading that the average person doesn’t understand?
The difficulty and the hours we put in.
What is the most important thing being an athlete at BHS has taught you?
Have a high standard for yourself and be aware of who is around you and what you are doing and what you are saying.
There’s a young kid in the community just getting into cheer what advice do you give him or her?
Don’t quit. It gets really hard sometimes but in the end it is worth it.
Editor's Note: Photos of Johnston courtesy of Rylan Nemesh.