Getting to Know Maci Cook; Question and Answer Session With Standout Soccer/Softball Player 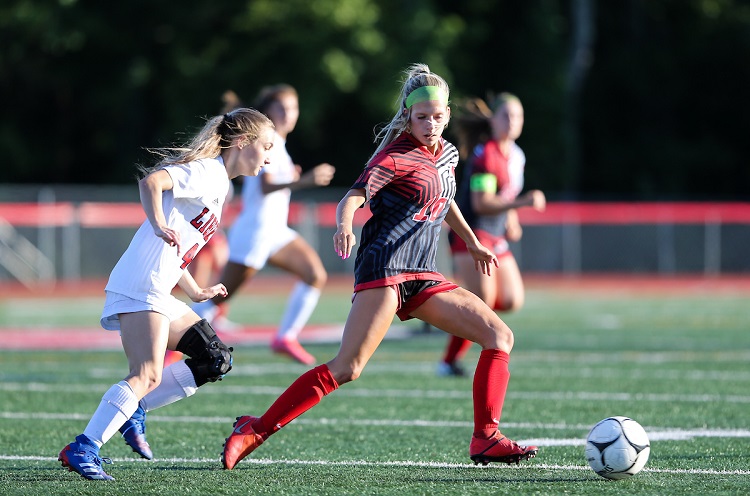 What’s your favorite movie?
Safe Haven
Who is the best high school athlete you have competed against?
In soccer it was Ashton McKane from RCB and in softball it was Delani Buckner from Herbert Hoover.
Favorite subject in school?
Math
Any pregame superstitions or rituals?
I always listen to music before games. 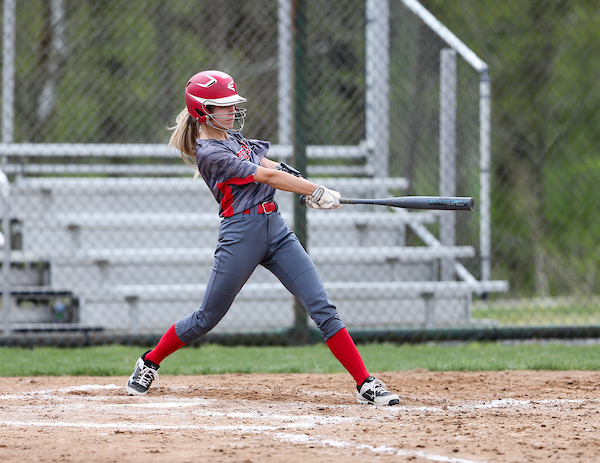 You have to go into quarantine, what three items do you make sure you have with you?
My dog, my phone and a fuzzy blanket.
What game of your career sticks out the most?
For soccer it was the game against Liberty my freshman year when I scored my first high school goal which was assisted by Anna Cava who was a really good soccer player and teammate that year. And then in softball, we got beat by Buckhannon-Upshur in the regular season last year but then in the first playoff game I went 3-for-5 with four RBIs and we ended up winning that game.
What one word best describes Coach McKinney and Coach Howard?
One word that describes Coach McKinney is intense and one word that describes Coach Howard is uplifting.
Celebrity Crush?
Damon Salvatore (played by Ian Somerhalder) from The Vampire Diaries.
Not counting anything with playing sports, what’s been the best part of the summer so far?
Going to the beach in Georgia with my family and swimming in rivers with my friends.
Who’s the funniest player on the BHS soccer team and softball team?
On the soccer team the funniest player is Chloe Miller and on the softball team I would say Mackenzi Matheny for sure.
If they would let you have a walk-up song when you come onto the field, what is playing? 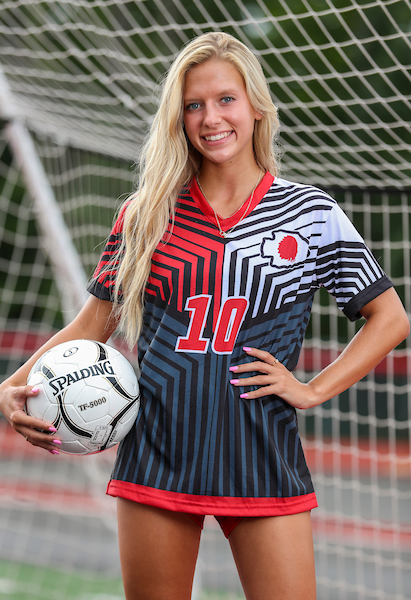 Stronger by Kanye West
Where’s one place in the world you have never been to that you would like to visit?
Bora Bora
Favorite meal?
Any Mexican meal, I love Mexican food.
Favorite pro or college athlete?
My favorite pro athlete is Alex Morgan
Favorite pro or college team?
I like watching UCLA softball.
What’s the biggest thing about playing your positions that most people don’t understand?
You always to be on your toes and you have to be fast, no matter what position you are playing and you always have to be ready.
You show up to a cookout, what’s the one thing that has to be there to make it a good cookout?
Pasta salad, it’s such an underrated cookout item.
The coolest animal at the zoo?
Monkeys
What’s one thing it seems like everybody you know likes but you can’t stand?
Everybody loves Chick-fil-A but it’s never one of my top picks and I would pick McDonald’s over Chick-fil-A any day.
The best thing on TV right now is?
Right now, it just came out on Netflix, it is Manifest. It is super good.
You have control of the stereo in the car, what’s playing?
Any country music. I like Rascal Flatts and Morgan Wallen a lot.
What is the most important thing being an athlete at BHS has taught you?
It’s taught me to never give up on a sport that I love and to always give 110 percent.
There’s a young kid in the community just getting into soccer or softball, what advice do you give him or her?
Always start preparing for the season months in advance and to always practice on their off time.
Editor's Note: Photos of Cook courtesy of www.benqueenphotography.com