When you’re an organization celebrating a major milestone and bring in a guest speaker, that organization usually tries to find a top-of-the-line individual to address the crowd. It’s probably safe to say the Harrison County Chamber of Commerce has done just that.
The Chamber will be holding its 100th Annual Awards Dinner on Tuesday, May 21 at the Village Square Conference Center in Clarksburg. And the guest speaker will be none other than Harrison County native and current Texas A&M football Coach Jimbo Fisher. 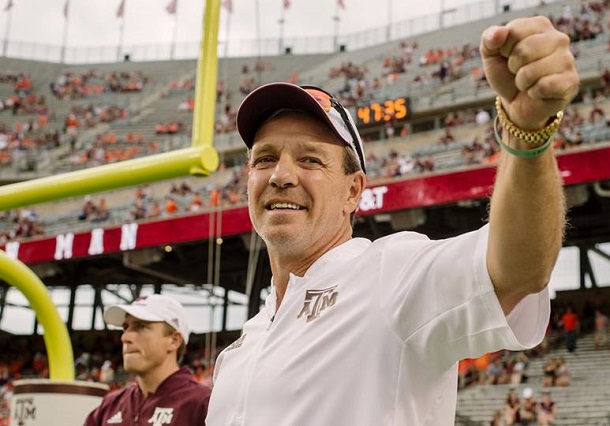 “We’re very pleased to have him for this special event, especially considering we’re able to have a Clarksburg native that has done so well,” said Chamber President Katherine Wagner. “We hope to hear his thoughts on many things, including the changes in Clarksburg, Harrison County and West Virginia and how things have grown.”
Fisher certainly has grown into one of the biggest names in college football. The Liberty High School graduate who was long considered one of the top assistant coaches in college football succeeded the legendary Bobby Bowden at Florida State and ended up winning a national championship there in 2013 after taking over in 2010. 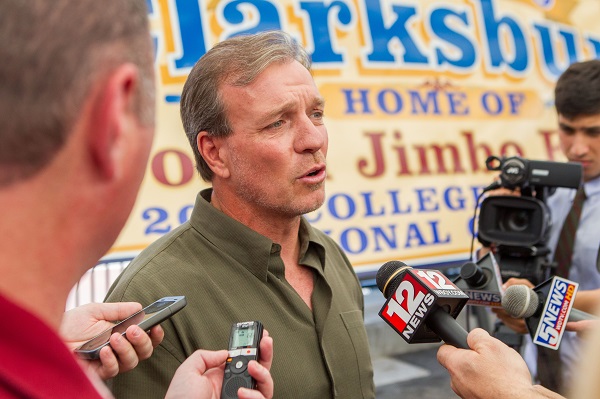 He left FSU in December of 2017 to take over the Aggies. This year will make his second season heading the SEC program.
Cost for members is $100. Non-members in the community looking to hear from Fisher and have a good meal can also attend. Cost for non-members is $130.Attendees will also receive a commemorative book.
Those wishing to attend need to register on-line at www.harrisoncountychamber.com or call 304-624-6331.
Along with Fisher, the Chamber will be recognizing other member companies that are 100 or more years old. Graduates of the Leadership Harrison class of 2019 will also be recognized.  In another unique addition, items will be collected from members for a time capsule that will be closed at the end of 2019 and opened again in 50 years for the Chamber’s sesquicentennial.
Reception begins at 6 p.m. with dinner following. As of early Monday afternoon, 241 individuals had RSVP’d for the event. The deadline is Friday. The event will include a cash bar.
Editor's Note: Top photo shows Jimbo Fisher coaching for Texas A&M in a photo from the football team's Facebook page. The bottom photo is of Fisher after he had a sign dedicated for him in Clarksburg. Bottom photo by Ben Queen of www.benqueenphotography.com.