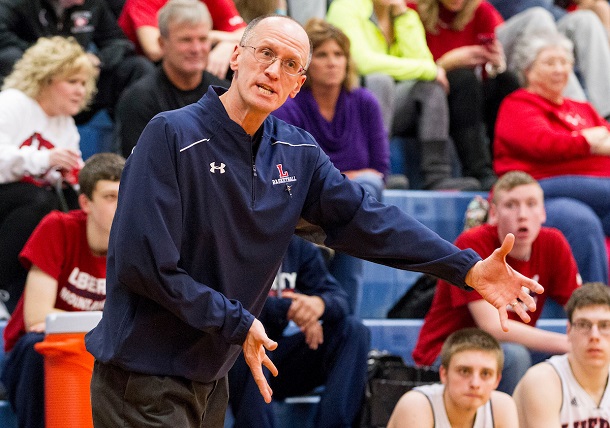 took over the program after leaving Martinsburg in 1975. Both Kerns and Randolph passed away within a year of one another.
Like the last three predecessors, Marshall brings a pretty impressive resume to the table. And he hopes to match the success of the previous coaches.
“I think as competitors we look forward to the challenges and I welcome the challenge of living up to the expectations set by those three,” said Marshall, who is a long-time teacher at Bridgeport High School.
Marshall was one of what BHS Principal Matt DeMotto said were “several” applicants for the position. He said it was by no means an easy decision.
“This was a very difficult decision.  We had solid candidates that are not just good coaches but good people.  It’s always tough when a decision made will disappoint people you like and respect,” said DeMotto. “People you believe are qualified and would do a good job.  People who have done a good job in the past with previous experiences.  These are the types of candidates we had.  It makes it tough and you can’t remove the human element from the process, but it needs to be removed from the decision.” 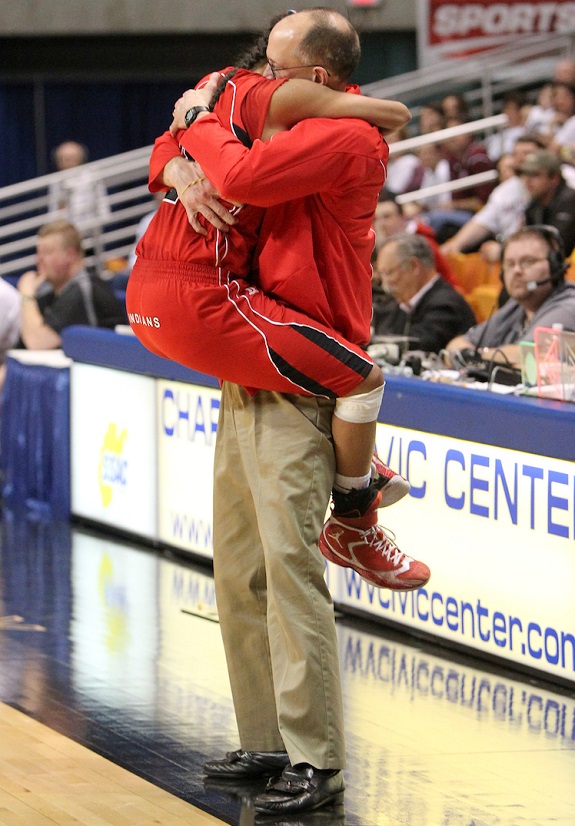 As for reaching the decision, DeMotto said several factors were considered.
“In weighing out everything, all the pros and cons and we all have them, the larger body of positives belongs to Coach Marshall. Much of that due to the fact that he has been around for a long time with outstanding results,” said DeMotto. “Dave brings 25 years of successful experience.  He was a basketball fixture at BHS for nearly two decades and has been a dedicated teacher here for 25 years.
Marshall comes in with some major credentials, including big ones at BHS. From 1995 to 2014, Marshall was the head girls’ coach and posted a 337-96 record with a boat load of the wins coming in Class AAA. He won 10 Big 10 Conference titles, 11 sectional titles and eight regional championships that saw his team finish as Class AAA runner-up in 2012 and win the Class AA title in 2013.
Marshall said he had the good fortune of sharing a basketball office with Kerns when he started coaching the girls at BHS. He said they talked hoops just about daily.
“He was always in that office and always ready to talk basketball and I was always thankful for that,” said Marshall. “I also worked in the same building with Gene for years and had so much respect for him and I’ve always had a ton of respect for Mike so I’m ready to live up to the standard they’ve set.”
Marshall also said he got some long-time coaching advice from someone most may not associate with basketball – the late Wayne Jamison.
“When I first got to the school Wayne Jamison must have saw something in me because he took me under his wing. He had an affinity for 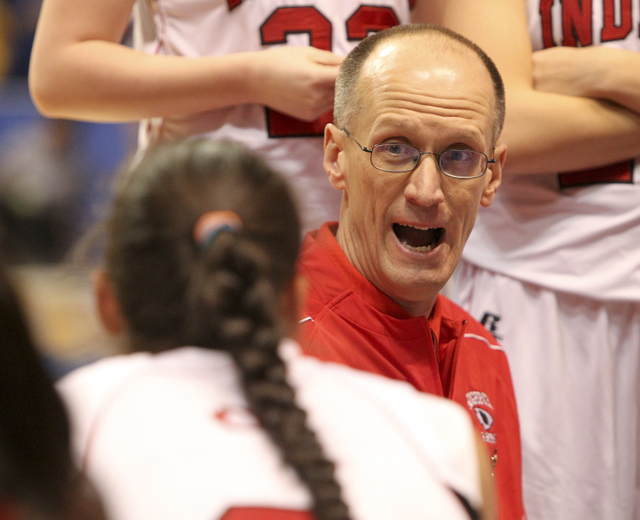 the girls’ program and just knew so much about the game,” said Marshall. “I found out pretty quickly that he was a pretty good basketball coach in his own right before he was fulltime into football.”
For anyone that has followed Marshall during his time with the BHS girls or his time as an assistant with the boys at Robert C. Byrd or as head coach at Liberty, they know he preaches defense and a team-first mentality.
“I do want to try and put my stamp on things, but it’s what a lot of coaches strive for. I truly believe that unselfish play and defense go hand-in-hand with success in basketball and that’s where my emphasis will be,” he said. “If you’re looking at one area where I’ll have a priority, it’s going to be on the defensive end of the court.”
Marshall said one of the benefits of being in the building as a teacher is the ability through the year to meet with the players. He also said it should come as a benefit in the days ahead. 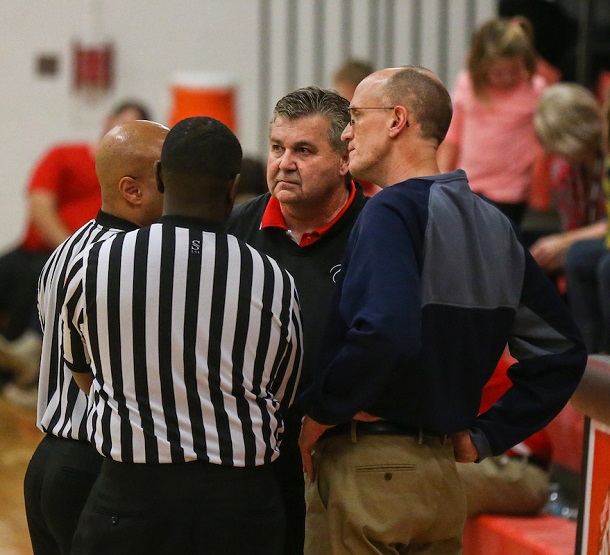 “I intend to meet with the guys next week and it’s my intent to start conditioning and lifting right after Labor Day and do everything we legally can do to be ready for the season,” said Marshall. “Being here, I know just about all of the returning varsity and junior varsity players and hope to meet the freshman coming in that want to play.”
Being in the building is a benefit, DeMotto said.
“Any principal will tell you that a coach who teaches at the school he or she coaches is a bonus.  So, being here every day certainly doesn’t hurt, if the candidate is qualified and coach Marshall is obviously qualified,” said DeMotto.
As for Marshall, he said he’s ready to 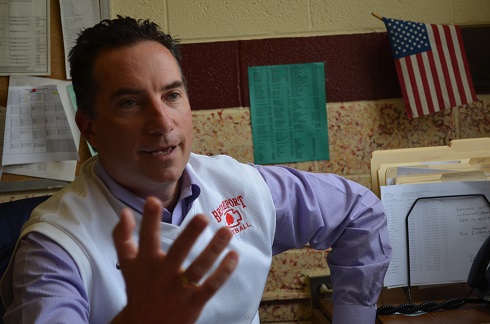 get going.
“This is a tremendous blessing to me as I’ve been hoping for this opportunity for while because I fee like I’m part of this community, and have been for a while, and this entire community does the gamut of what’s needed to take care of the students on every front; that includes sports,” he said.
DeMotto said Marshall’s loyalty to the school and its students is tremendous.
“He is a teacher who supports the whole school.  You see him at every graduation and various sporting events throughout the year.  He voluntarily tutors students in math daily and is one of those teachers who will do things he’s asked to do but doesn’t have to do,” said DeMotto. “We must understand that we are here to learn first and play second.  If we have a candidate that is solid with our primary and most important mission who also happens to be an excellent coach, it’s hard to pass.”
Editor's Note: Top photo shows Dave Marshall during his time as boys head coach at Liberty, while he's shown celebrating the Indians' state title with standout Miki Glenn in the second photo. In the third picture, Marshall works a huddle with his girls team and in the fourth photo he's shown coaching against the man he's replacing - Mike Robey - during Marshall's time with Liberty. Bottom photo is of BHS Principal Matt DeMotto. Top four photos are by www.benqueenphotography.com.