More than half of the first team for the Class AAA All-State Baseball quad come from teams that ended the season in the state tournament at Appalachian Power Park in Charleston.
State champion Hurricane had three selections, as did Bridgeport, which saw its streak of consecutive championships (six in AA and one in AAA) end against the Hurricanes with a 3-2 semifinal loss in nine innings. 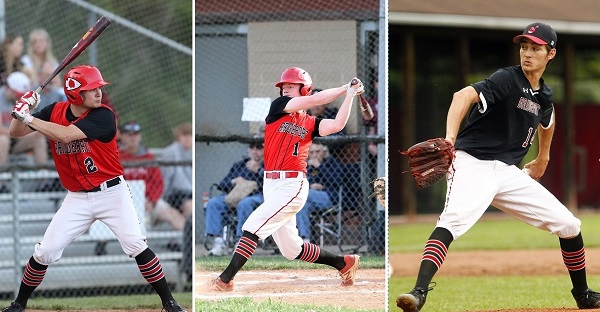 Jefferson was represented by a pair of players, including the first-team captain in Griffin Horowicz. George Washington, which defeated Jefferson in the semis and then lost to Hurricane in the title game, has one first-team player on the team, which was announced today by the West Virginia Sports Writers Association.
Horowicz, a senior, was selected as a pitcher after posting a 7-0 record with four saves, an ERA of 0.42 and 38 strikeouts in 33 2-3 innings. He was also a force at the plate, hitting .330 with three home runs and 33 RBIs.
Senior Ben McDougal and junior Reece Sutphin were the starting pitchers for Bridgeport and Hurricane, respectively, in that state semifinal game (neither factored in the decision) and they join Horowicz as first-team all-state pitchers.
McDougal was 6-1 on the mound with a 1.14 ERA and 87 strikeouts in 55 1-3 innings while hitting .395 with two homers, 11 doubles, four triples, scoring 34 runs and driving in 26.
“He was just fantastic,” BHS coach Robert Shields said of McDougal. “Other than one ball game, when he was on the mound he was lights out. A gradual improvement on his mental toughness came this year and he did a great job, including the state semifinal game. Add to that, he had a great bat this year.”
Suthpin finished with a perfect 9-0 record and an ERA of 1.24.
Bridgeport and Hurricane each had a first-team infielder as well as first-team outfielder. For the Indians, senior Cam Cole was chosen as an infielder after hitting .369 with 10 doubles, 39 runs, 25 RBIs and 32 stolen bases. Bridgeport’s first-team outfielder is senior Aidan Paulsen, who hit .394, with three home runs, 22 RBIs, seven doubles, three triples, 49 runs and 14 stolen bases.
“Cam’s approach to the game is correct,” Shields said. “He plays hard because he’s hard-nosed. He goes at it all the time because he loves the game and it shows.
“What a year Aidan had. He was strong defensively playing centerfield for us. Aidan just did a great job and made several outstanding plays.”
For the Redskins, senior Ethan Spolarich was selected as an infielder after hitting .438 with seven homers, 31 RBIs and scoring 51 runs. In the outfield for Hurricane, junior Damian Witty was honored after hitting .438 with 10 doubles, 27 RBIs and scoring 34 runs.
Horowicz was joined on the first team by senior teammate Sammy Roberts, who takes one of the utility spots. Roberts had a .382 batting average with 27 RBIs and was 5-1 on the mound with a 2.82 ERA and 51 strikeouts in 44 2-3 innings.
George Washington senior Isaac McCallister is also a first-team utility selection. He hit .472 with 13 doubles, four triples, two home runs, 46 RBIs, 48 runs and 24 stolen bases to go along with a 2-0 record with two saves and a 2.90 ERA. 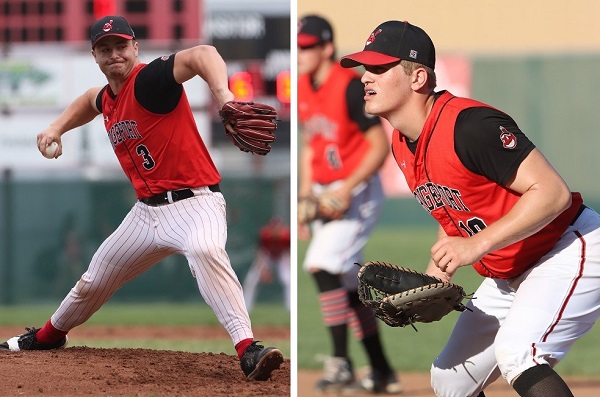